One of the oldest cities in the world, Athens has history oozing out of its cobblestone streets, hilltop ruins, timeworn churches and lively markets.

Whether you’re looking to explore the remains of ancient civilisations, snare some bargains, or gorge yourself on sumptuous Greek food, Athens has you covered. Here are five of the Greek capital’s most satisfying sights.

Known as the 'Neighbourhood of the Gods' because of its location adjacent to Athen’s most significant historical site, the Acropolis, Plaka is the most charming part of central Athens.

While much of the city’s sprawling suburbs are made up of grey, concrete buildings with limited historical value, Plaka is a wonderfully attractive place. 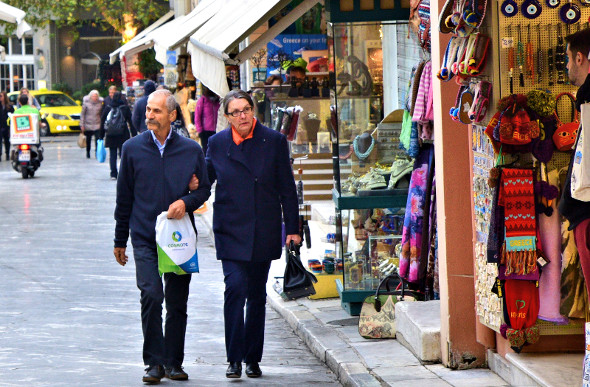 Plaka is the most charming part of Athens, offering great shopping and dining. Image: Ronan O'Connell

Directly at the foot of the Acropolis on its Northern and Eastern sides, Plaka is criss-crossed by narrow, paved streets embellished by gracefully-ageing neoclassical homes, beautiful churches and overhanging bougainvillea and jasmine.

As the tourist hub of the city, Plaka has a huge variety of shops, most of which are targeted towards travellers.

Offerings range from cheap souvenirs to high-end artwork and chic fashion. Plaka also is one of Athens’ main nightlife precincts, with many quality restaurants and dozens of bars, some of which have incredible views of the Acropolis, which is lit up at night.

The premier people-watching destination in Athens, Central Market teems with activity from early in the morning through to the late evening.

About 15 minutes’ walk north of Plaka in the suburb of Omonia, this indoor food market is housed in a weathered old building with high, vaulted ceilings. 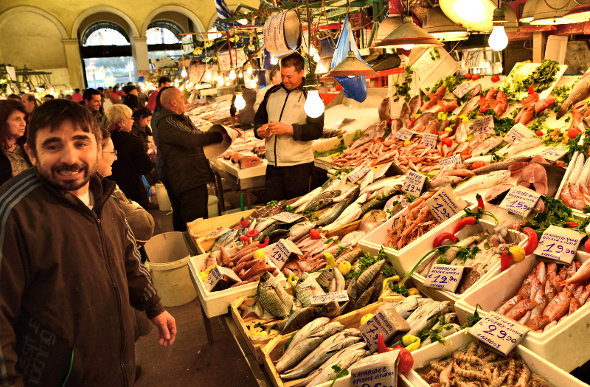 Central Market teems with activity every day of the week. Image: Ronan O'Connell

But it’s not the architecture which is the draw, it’s the lively exchanges between vendors and customers which captivate sightseers. The market has several halls which are filled with small stalls operated by butchers and fishmongers.

These vendors often loudly spruik their goods and engage in rowdy bargaining sessions with buyers, which makes for a fascinating spectacle. Many of the sellers speak good English, so tourists interested in buying fresh or dried meat and fish can haggle with them.

Renowned Danish architect Baron Theophil Edvard von Hansen lived in Athens in the mid-1800s and left behind three magnificent neo-classical buildings. The first of the three he designed was the grand main building of the National and Kapodistrian University of Athens in 1939.

The university is not easily reached by tourists as it is located out of the city centre in Athens’ eastern suburbs and is not close to a Metro station. 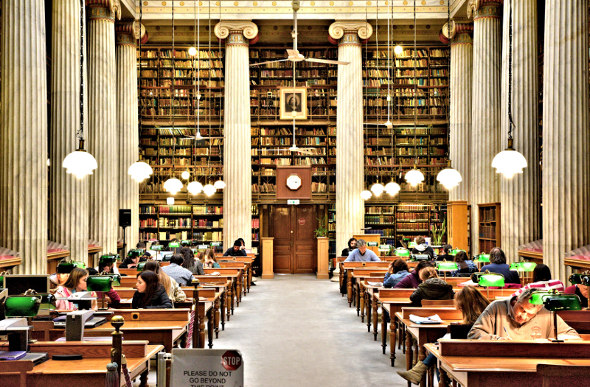 But von Hansen’s other two architectural gems - the National Library of Greece and the Academy of Athens - sit side-by-side next to Panepistimio Metro station, only five minutes’ walk East of Central Market.

The library has a particularly stunning interior. Its main reading room is topped by a glass ceiling and bordered by towering book shelves which reach almost to its high ceiling.

See it without busting the bank account. Explore Athens on a Budget

The icon of Athens, this ancient hilltop site remarkably dates back more than 2,500 years. At that time, it was built as the centre of Athens, a fortified area where the city’s key administrative and religious buildings were situated.

Its lofty location was chosen for both military and religious reasons – it provided it protection from invading forces and also ensured that it was as close as possible to the gods. 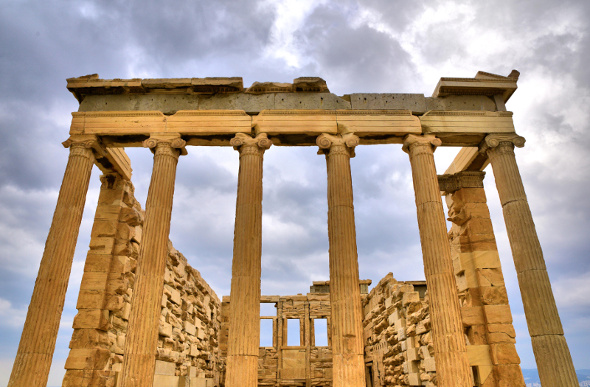 The ancient site of the Acropolis is the icon of Athens. Image: Ronan O'Connell

Over the centuries, this citadel repeatedly was breached by invaders and the Acropolis was badly damaged.

But there are significant remains, including the giant temples of the Parthenon and the Erechtheum, and there is a huge, ongoing restoration project. Wandering through these extensive hilltop ruins while gazing down across Athens is the defining experience of any visit to the city.

The history of the Acropolis is so phenomenal that it is highly recommended to visit this museum before hiking up to inspect the ruins. Based at the foot of the hill on the south-east corner of the Acropolis, this huge museum is housed in a very modern building. 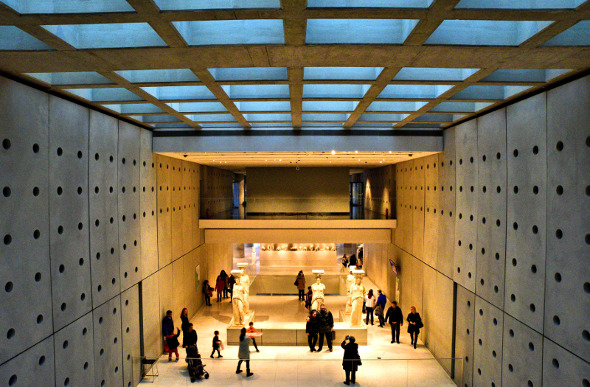 Its interior design and architecture are so striking that they can at times distract from the vast collection of Greek artifacts on display. Close to 4,000 pieces are on show in the museum, which thoroughly explains the history of the Acropolis and its significance to Greek society.

Visit your local Flight Centre store or call 131 600 for more advice and the latest deals on travelling to Athens.