"The most exciting natural history experience of my life was the first time I dived on a coral reef [in 1957]," says Sir David.

"Being on the Reef is a revelatory, thrilling and unbeatable experience and with this project we’re going to be able to share it with millions." 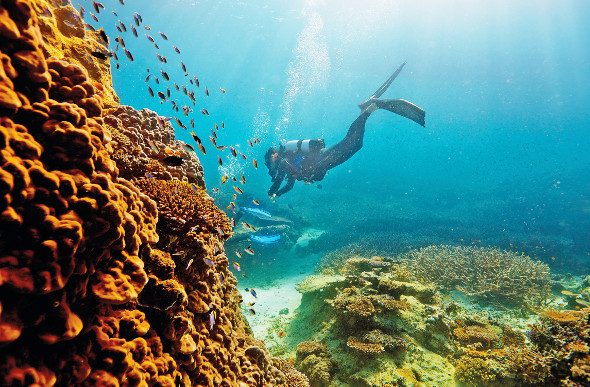 At the sprightly age of 88, Sir David once again scuba-suited up and spent three weeks filming on the Reef.

His three-part television series is set to air in early 2016 to an audience of around one billion across 130 countries, focusing on the past, present and future of the world's largest coral reef.

The project is backed by Tourism Australia, who have so far contributed $1.5 million to production costs as part of a larger focus to promote the country's aquatic and coastal experiences.

"It’s wonderful to welcome David back to the Reef where he will, once again, bring to life the many amazing stories of this magnificent natural wonder in his own unique and inimitable way," says John O'Sullivan, Managing Director of Tourism Australia.

"David Attenborough is one of the world’s greatest presenters of natural history content, and the Great Barrier Reef is arguably the world’s most recognised natural wonder. We couldn’t ask for a better match." 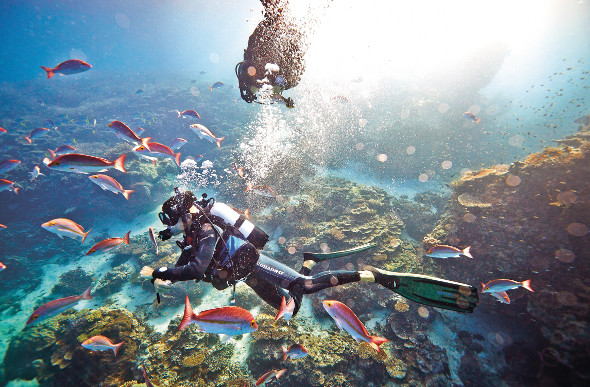 According to Tourism Australia, the Great Barrier Reef remains one of Australia's most alluring tourist attractions, with more than 1.9 million visitors flocking to the sparkling region annually.

"It’s vital that we continue to show the world why our aquatic and coastal experiences are so unique," says Mr O'Sullivan. "This film will undoubtedly help tell that story to a truly global audience in an authentic and engaging way."