Super Bowl Monday: Where To Watch The Game

Super Bowl Monday: Where To Watch The Game

The Super Bowl is so ingrained in the American experience that Super Bowl Sunday is practically a national holiday.

It's a grand sporting spectacle that offers something for everyone. Good food, good fun, hilarious commercials and half-time extravaganzas. Not to mention the infectious spirit of good ol' fashioned competition, to which Australia certainly isn't immune. It may be known as Super Bowl Monday on this side of the International Date Line, but it's steadily gaining a following.

So grab your team jerseys and set your sights to these Aussie cities for a little Super Bowl cheering, jeering, eating and drinking on Monday, 2 February. 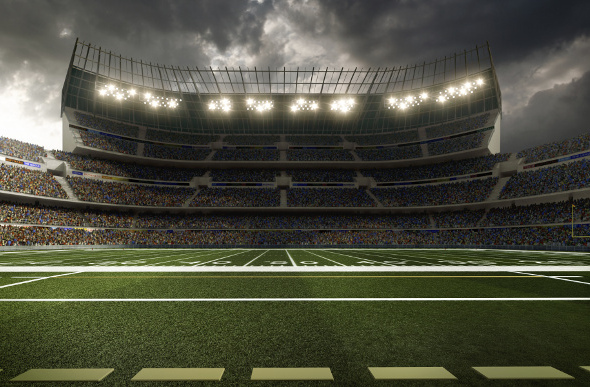 If you consider yourself a serious gridiron fan, get your ticket to Melbourne. Total Super Bowl immersion will be had at the Ultimate Aussie Bowl Party 2015, which will be taking place at the Central Pier Docklands.

Billed as "the most authentic experience to watch the Super Bowl outside of the USA", it will feature appearances by former NFL pro Terrell Owens, Australian NFL player Mat McBriar, ESPN TV host Jason Bennett and Collingwood Captain Nick Maxwell.

Ticket-holders can also indulge in American food stalls, serving everything from hot wings to hotdogs. Of course it wouldn't be a game without an American beer or two, which will also be available.

Never one to miss out on a good time, Sydneysiders can choose from a few local places to watch the Super Bowl, all of which are celebrating with food and drink specials.

The Bar 100 and Shelbourne Hotel will be offering oversized screens for your viewing pleasure. Both will also serve up wings, dogs and American beer buckets to really get you into the game day spirit.

The Verandah Bar and BBQ will also be hosting a Super Bowl event with multiple viewing screens and American-themed menus; though, this Sydney establishment will take things a step further with a dedicated Super Bowl Lounge and prizes to be won.

If you're in Brisbane for the big day rest assured you won't have to skip the game. The Fox Hotel at South Bank is gearing up to open its doors early for Super Bowl fans. Along with multiple screens broadcasting the game, there will also be wings, pretzels, sliders and burgers, with Budweiser to wash it all down.

Starting things off nice and early, Irish Murphy's in the heart of the city centre will also be dedicating their screens to the game. Luckily breakfast will be available at the bar as will traditional American Super Bowl eats and drinks. The fun will continue throughout the day with live music after the game finishes.

Rounding out the top four, Adelaide will also host an event for those that want to watch the game in style. The Highway Lounge & Deck, 15 minutes outside of the city centre, will be showing the game on their big screen. In line with many other local Super Bowl themed parties, they'll be putting on a number of special American-themed extras. This includes a NYC Hot Dog Stand, half time entertainment and special drink prices for Budweiser.