When I was nine years old, I was lucky enough to visit Disneyland in Anaheim with my family. Walking around a fantasy world dedicated to my favourite animated characters was probably one of the happiest memories from my childhood.

When the opportunity arose to visit Disneyland again – as well as Walt Disney World! – I knew I had to do my inner child justice and allow myself to totally succumb to the Disney magic once again as a 30-something-year-old. 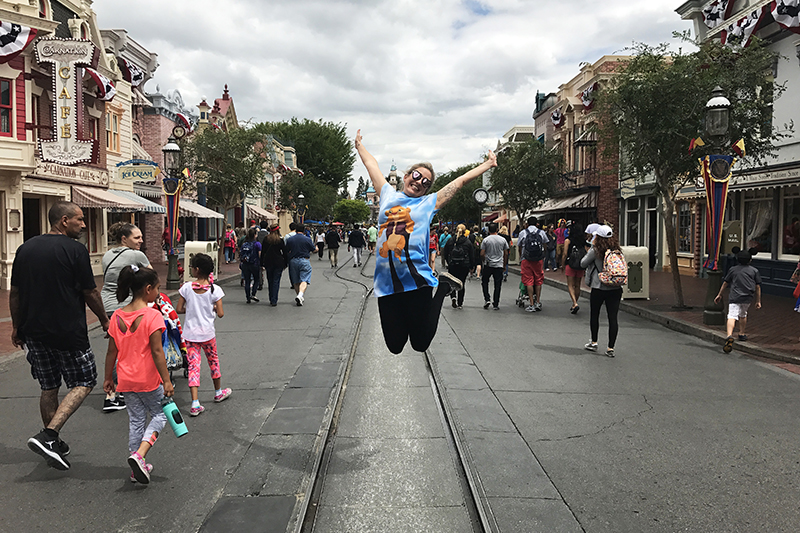 My first stop was Walt Disney World in Orlando, Florida. Getting there was quite a journey from Australia, but it’s completely worth the mission.

I highly recommend the Disney accommodation – there are options for a range of budgets and the perks are worth the splurge. I stayed at Disney's Animal Kingdom Lodge. The Lion King fan in me could have spent a whole week just exploring this Africa-themed hotel; there were frequent drum performances in the lobby and even African animals roaming around outside my room!

Each day started off with Mickey waffles for breakfast, before hitting the parks bright and early. There are four that make up Walt Disney World: Epcot, Magic Kingdom, Hollywood Studios and Animal Kingdom, each just as incredible as the next.

Epcot is like Disney for grown-ups, with a smorgasbord of internationally themed restaurants and bars, as well as one of my favourite attractions of all: Soarin’, a 3D cinematic experience that takes you on a journey around the world. 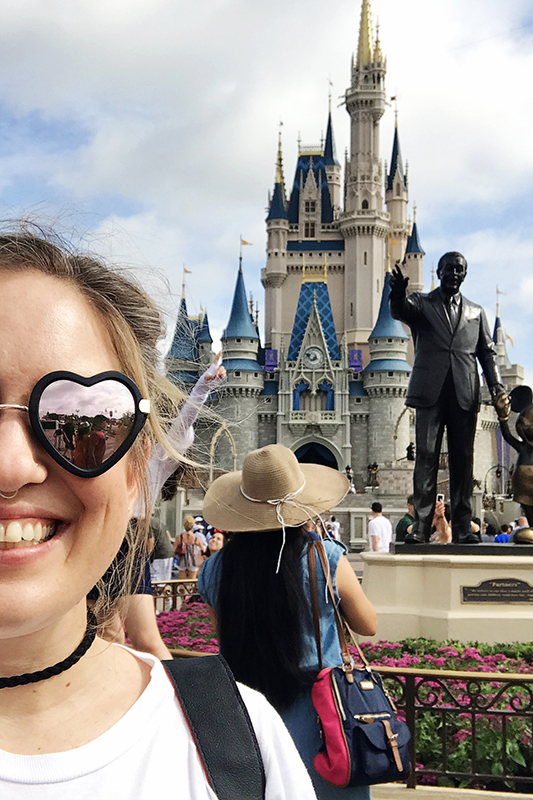 The obligatory selfie in front of the Cinderella Castle at Walt Disney World (image: Marnie Matthews)

You’ll find all your Disney favourites over at Magic Kingdom, including the perfect selfie backdrop: Cinderella Castle. It’s also home to the popular log flume ride, Splash Mountain. Top tip: Sit at the back of your log if you don’t want to get too wet, or sit at the front if you want the full soaking experience. I opted for the latter.

Hollywood Studios has the most adrenaline-pumping attractions, including multiple Star Wars rides, the Rock ’n’ Roller Coaster Starring Aerosmith (prepare to scream!) and the famous Twilight Zone Tower of Terror (prepare to scream even louder!). 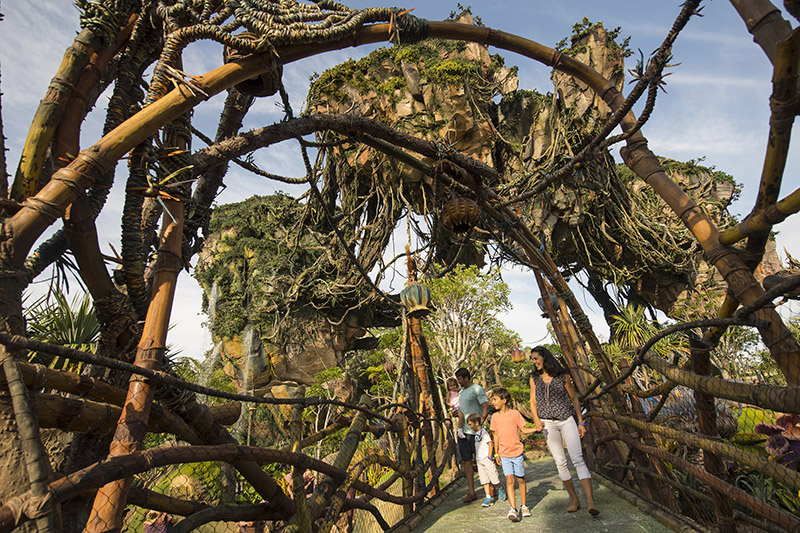 Disney’s newest attraction at Animal Kingdom, Pandora: World of Avatar, is arguably the most exciting and contemporary reveal at Walt Disney World to date.

Opened in May 2017, Disney brought director James Cameron's creation to life in the form of this whimsical zone. The new attraction is so much more than just Avatar-themed rides; Disney created a whole new reality that allows you to experience Pandora as if it was a real planet.

The Flight of Passage sees you riding a simulated banshee (a dragon-like creature) on an immersive 3D cinematic adventure. As you soar and weave through the breathtaking world of Pandora, you can feel your banshee 'breathing' beneath you. The sights, smells and sensations all combine to make the experience as realistic as possible. 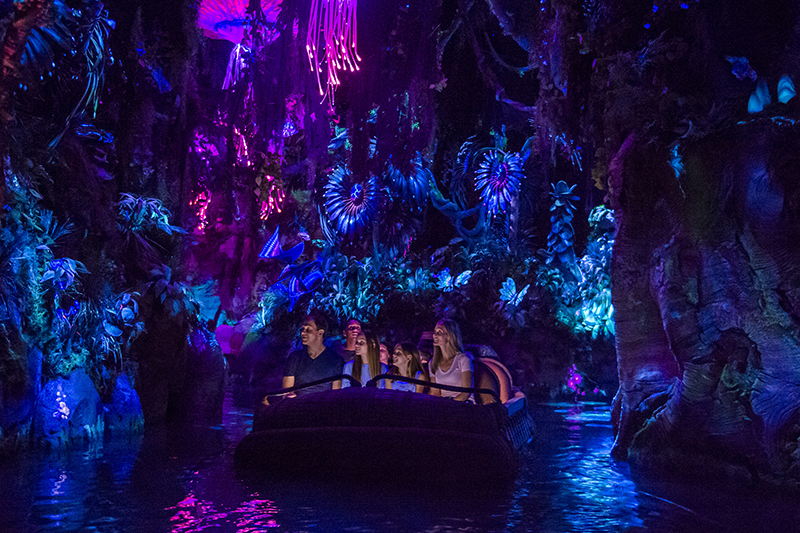 Young or old, the Na'vi River Journey is a magical experience (image: Disney)

There's also the tranquil and family-friendly Na'vi River Journey if you prefer a slower paced discovery of Pandora. This boat ride takes you through the bioluminescent rainforest of Pandora, an ethereal wonderland filled with glowing flora and fauna – a treat for all the senses, and ages.

Once I had ticked off all four parks in Walt Disney World, it was time to fly to Disneyland Resort in Anaheim, California.

I stayed at the Disneyland Hotel, which is only a five-minute walk from the park and features more of those unique details you would only expect from the great minds at Disney, like a twinkling bedhead that sings you lullabies!

Disneyland has all those recognisable rides, all icons in themselves, like the spinning teacups of the Mad Tea Party ride and It’s a Small World. Young or old, they are must-dos. But, thrill seekers certainly haven’t been forgotten either.

California Adventure Park's Twilight Zone Tower of Terror has been given a complete sci-fi makeover; this scream-inducing attraction is now the Guardians of the Galaxy: Mission Breakout.

The newest, and arguably most heart-racing attraction at Disneyland Resort is the Guardians of the Galaxy: Mission Breakout. For this Marvel-themed attraction, Disney took a existing favourite, the Twilight Zone Tower of Terror, and gave it a sci-fi Guardians of the Galaxy makeover. Having also ridden the Twilight Zone Tower of Terror in Orlando, I can safely say the Disneyland version is on a whole new level (pun intended), with more action, wittiness and stomach-dropping thrills than the original.

Other rides I recommend for your to-do list include the Indiana Jones Adventure, Radiator Springs Racers, Grizzly River Run (warning: you will get wet) and Pirates of the Caribbean.

The Disney Magic Didn't Stop There... 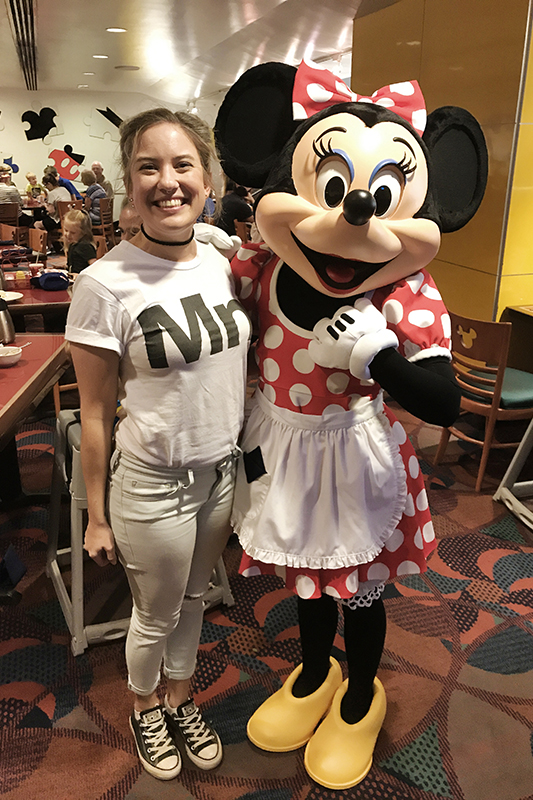 The rest of my Disneyland experience was packed with character meet-and-greets and souvenir shopping for the perfect pairs of Mickey and Minnie ears. After a fantastic meal in Downtown Disney (the park’s restaurant and shopping district), we finished the day off at the Main Street Electrical Parade and fireworks show.

I can’t believe how much fun I crammed into just one week and now it just feels like a big blur of laughter and Mickey-shaped sweet treats. Experiencing the fun and thrills of the Disney parks as adult was just as exciting as my first visit as a child, if not more. Not only was I able to be completely consumed with childhood nostalgia, I could also appreciate the legend and legacy that is Disney.

So whether you’re nine or 99, I can honestly say that the magical worlds dreamt up by Walt Disney really are the happiest places on Earth. So go sit at the front row and get soaked on Splash Mountain; go to a character meet-and-greet and get photos with all your faves – no one will judge you (in fact, they’ll join you); and scream your lungs out on the roller coasters – I went with a group of grown men who all screamed just as loud as me!

So if Disneyland and Walt Disney World are still on your childhood wish lists, it’s still not (and never) too late to experience the nostalgic magic of Disney.

Marnie's favourite way to explore a new city is to spend long days walking the streets and visiting its art galleries. She loves finding the 'creative soul' of a destination by drawing it, taking her sketchpad everywhere she goes. Marnie has lived in London, considers New York City the love of her life, and is currently planning her next adventure: Jamaica in 2018.