If there's one thing every traveller enjoys it's not having to pay to see the world's best sights. While you may often have to spend some money on an entry fee, there are still numerous iconic attractions around the globe that can be experience for free.

Here's a list of the best free attractions in the world: 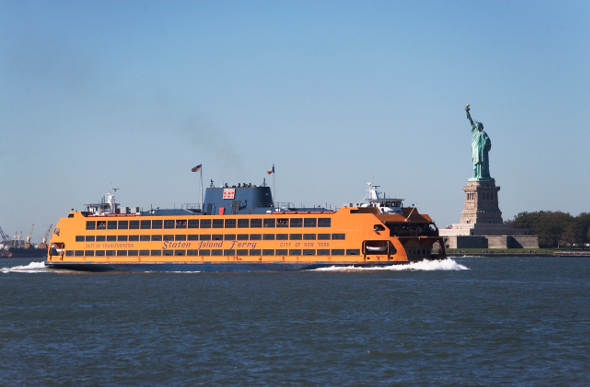 New York’s finest view may be the one that costs the least. The price for riding the Staten Island Ferry – which runs between the St George terminal in the Big Apple’s most westerly borough and Whitehall Street in Lower Manhattan – is precisely nothing.

En route, this doughty boat service passes gloriously close to Governors Island, Ellis Island and, most significantly, the Statue of Liberty. Wallets away, cameras at the ready. 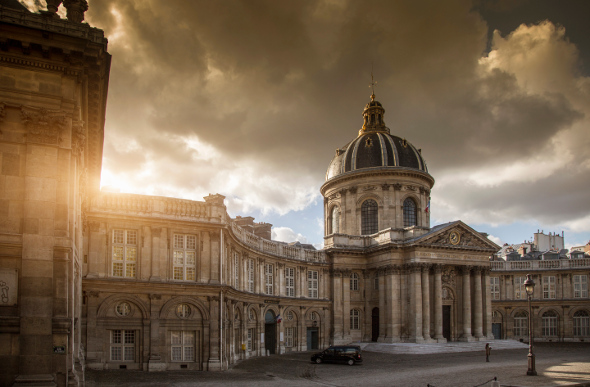 The Musee D'Orsay is free if you know when to go 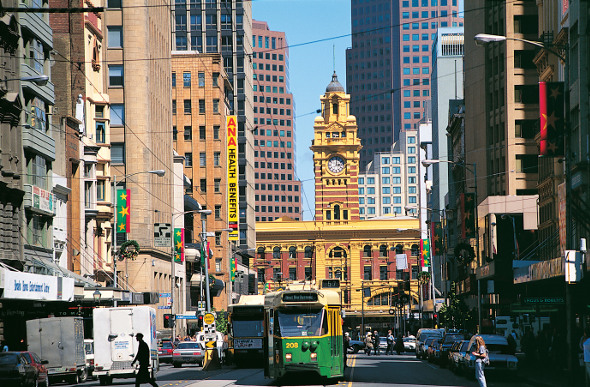 As of 1 January, the central section of the tram system – the CBD and the docklands of Victoria Harbour – in Melbourne is free for all users.

Better still, the area in question has some of the city’s most intriguing sites, including the 1878-built temple to fruit and vegetables that is Queen Victoria Market and the coffee shops along the narrow “laneways” such as Little Bourke Street.

Dubai has free attractions too. Top Free Activities in Dubai

Check out Singapore for free. Singapore on a Budget – Top Free Attractions 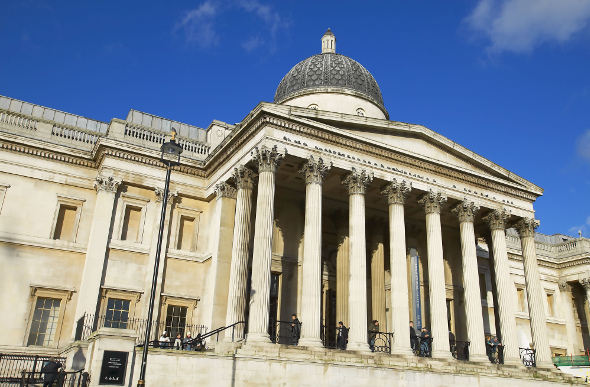 The British Museum - it's free

Home to some eight million historical artefacts, the capital’s top museum is, remarkably, free to enter. Which means treasures as diverse as Egyptian mummies, priceless Japanese porcelain Kakiemon statues and the controversial Elgin Marbles – torn from the side of the Parthenon in Athens between 1801 and 1812 – can be espied without expense. 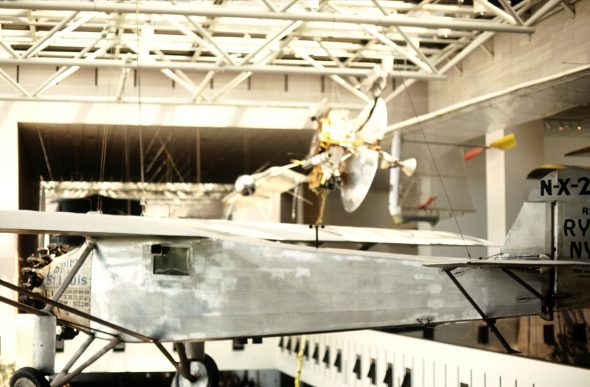 See the Spirit of St Louis free at the Smithsonian

Anything London can do, Washington DC can do better.

One of the planet’s key cultural enclaves, the Smithsonian Institution offers 19 museums – and none of them charges a cent. Not the National Museum of American History, which has the hat Abraham Lincoln was wearing when he was shot, nor the National Air and Space Museum – where you can see the Wright Brothers’ plane. 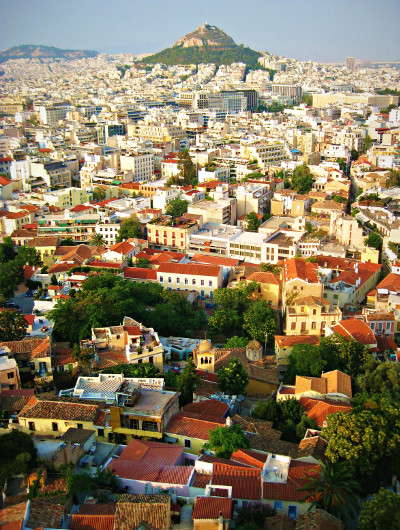 Mt Lycabettus is a free if tough hike

You do, of course, have to pay to visit the Parthenon – and the Acropolis Museum, which has the other half of its ornate ancient friezes.

But the best vista in Athens costs nothing more than aching calf muscles. Mount Lycabettus rears to 908 feet (300 metres) directly north-east of the Greek capital’s centre. The walk can be tough, but the view takes in the port of Piraeus and the Acropolis. 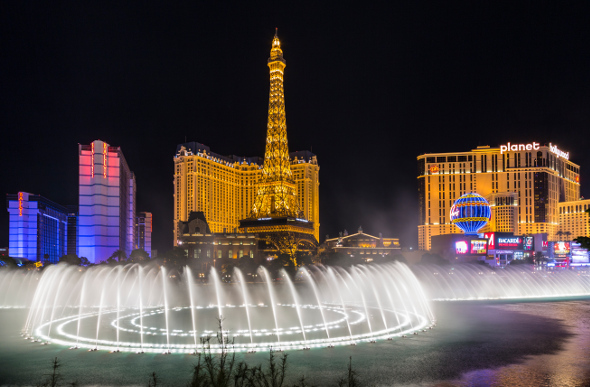 The famous fountains on The Strip

Las Vegas is a city where you can easily spend (or lose) a fortune – but one of its glitziest shows is free to see.

The Bellagio is known for its Italian theme and dolce vita stylings, yet is most celebrated for the elaborate fountains – out on the Strip – which “dance” to a grand swell of music and light 365 days a year.

They come alive every 30 minutes from 3pm to 8pm – and every quarter-hour after dark (8pm-midnight). 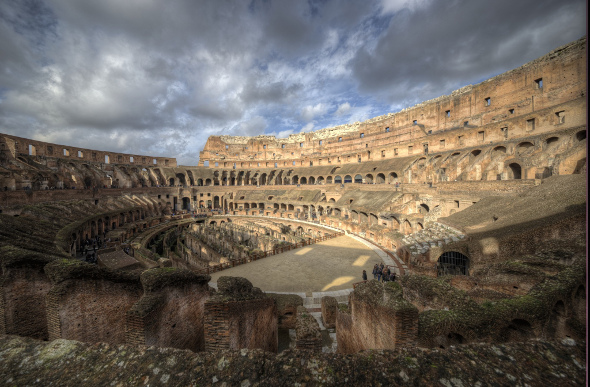 The Colisseum - it's free on the first Sunday of the month

Sound familiar? Much like Paris, the Italian capital offers free entry to state-owned museums and heritage sites on the first Sunday of each month.

In most cases you can’t book in advance, so expect long queues, but your patience will be rewarded at sites such as the Colosseum and the Roman Forum. 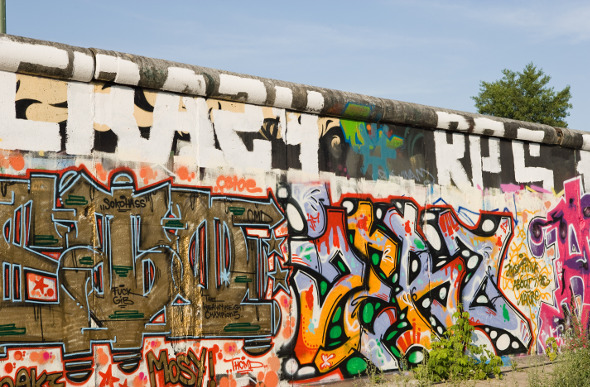 The Wall at East Side Gallery

A more recent – but no less crucial – slab of Europe’s heritage, the East Side Gallery (eastsidegallery-berlin.de) is the largest surviving portion of the Berlin Wall.

It runs for just under a mile in Friedrichshain, in the east of the German capital, decorated with more than 100 murals, mostly painted in 1990 to celebrate the fall of the Iron Curtain. 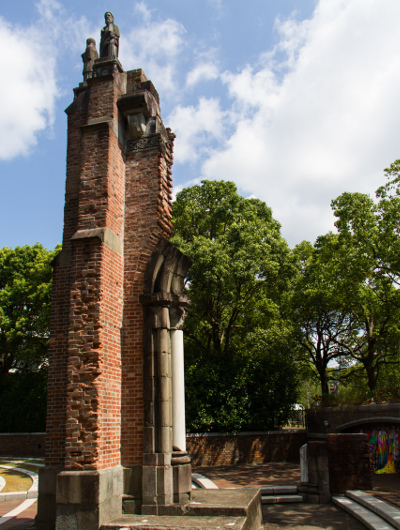 All that remains of the original cathedral

While many cathedrals charge for entrance, one of the most poignant does not.

The Urakami Cathedral was at the hypocentre of the atomic bomb explosion which eviscerated the Japanese city of Nagasaki in August 1945.

Its replacement, completed in 1959, is a beautiful red-brick symbol of resurgence where all are welcome, for nothing. The belfry of the first building lies alongside – where it landed 70 years ago.