When choosing a ski resort, one of the most important things parents look for is the calibre of the kids’ ski school and, if they have a toddler or baby, for top-quality childcare.

A family snow holiday is only great if the kids are happy. For that you need an outstanding children's snowsports school.

Fortunatey, we've made tracking one down very easy. Choose one of these resorts and you can’t go wrong.

Whistler is, well, Whistler, and family ski trips to this North American giant always rate highly on the “we want to go back” scale.

The Whistler Kids Snow School is a very slick operation that puts a strong emphasis on ensuring kids enjoy the learning process. 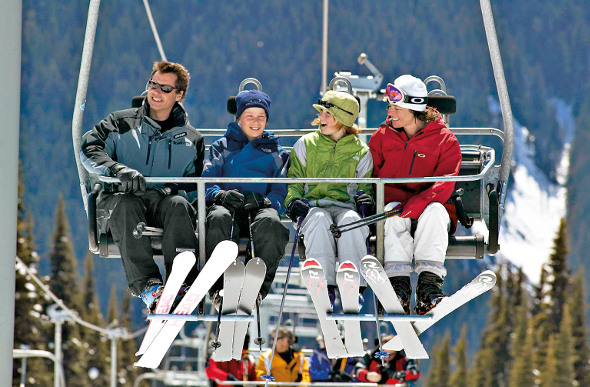 Fun here for all of the family

A big plus for those with kids keen to snowboard is that they start group lessons here at the age of 3, or you can book in a private lesson for kids from 2½.

This season Whistler became one of the first in North America to introduce “terrain based learning”, a new and proven way to increase first-timers’ ski and snowboard participation.

The concept involves building small terrain features so beginners can experience the feeling of skiing and snowboarding in a safe environment, which gives them more confidence.

Once they are up and away they will have a blast exploring the specially designed terrain gardens, playing on the huge forts – Tree Fort on Whistler and Magic Castle on Blackcomb – and exploring all the secret places on the “family certified” trail map.

There are even Nintendo game zones at the Roundhouse on Whistler and Rendezvous on Blackcomb, for a bit of chilling-out time after lunch.

Every child in lessons is tracked using GPS-based “flaik” technology, which also allows you to see how they improve by tracking their speed and the area covered.

Other family-friendly activities include watching the Fire and Ice Show, and signing up for a Zip Trek tour.

Has anyone tried to invent warmer snow? Family Lessons On The Ski Slopes

Skiing for all the family. 2015 Is A Family-Friendly Ski Season In Australia

When Aspen/Snowmass opened the Treehouse Adventure Centre in Snowmass in 2007, it raised the bar for childcare – on and off the snow.

The Treehouse combines a state-licensed childcare centre with the ski school and rentals, making it a one-stop shop for parents.

The childcare facility, called Snow Cubs, is outstanding, with several separate areas for kids between eight weeks and four years.

And we’re not talking a craft table and a few soft toys here; Trout Haven (kids 12 months to 2 years) is set up like a trout pond, the Fox Den (18 months to 2 years) has a cool cave and its own in-snow playground, while the Bear Den (3 to 4 years) has a bear grotto and a puppet theatre, with its own beginner course on snow complete with fun obstacles. 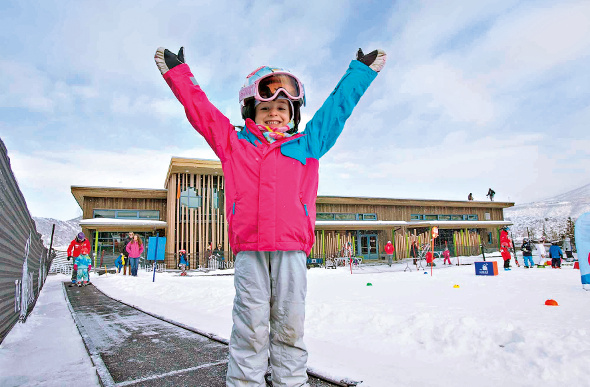 Little skiers will never be bored

The centre also has a huge climbing wall, a re-created miner’s cabin and play loft. Ski lessons start at 2½ in the Cubs on Skis program.

Another big winner for families is Ullr Nights, held every Friday from late December until early April at Elk Camp Meadows. There are all kinds of fun activities for little Vikings including tubing on the new tube park, snowshoeing, ice skating, snow bike riding, sledding, marshmallow toasting and more.

The good news is that this season, Aspen/Snowmass opened a sister centre to the Treehouse, with The Hideout opening at Buttermilk. Choices, choices.

Keystone is king of the kids with a real focus on families. Best of all, it has the world’s biggest snow fort. Tell your kids that and watch their little faces light up!

The Kidtopia Fort is on Dercum Mountain and has tunnels, walls that can be climbed, slides and a maze.

The Keystone Ski and Ride Program caters for kids from the age of three, and there will be no tears when you drop them off, thanks to the snowmobile and snowcat for them to climb on.

There is a fun play area inside as well, with the Ski and Ride program just as much fun indoors as it is out. 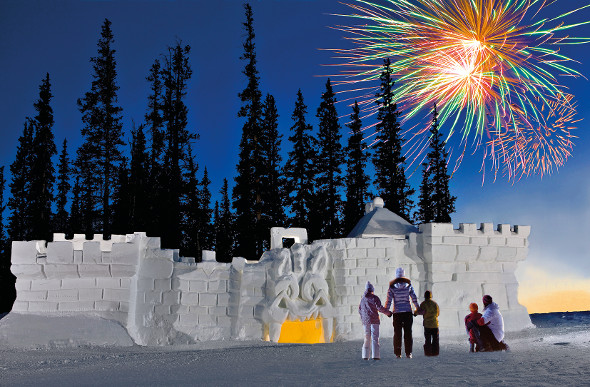 The snow fort is a sure kid pleaser

The beginners’ area is perfect to build skills, and when they have progressed, kids will love the adventure zones. Keystone also has a racecourse set up for kids of all levels to try – a huge buzz.

The program has plenty of inside time built in to ensure your child doesn’t get worn out.

For more family fun, the Kidtopia program includes weekend fireworks, a parade and all sorts of fun activities, plus Keystone has great night skiing, the new Family Ski Trail, sleigh-ride dinners, and free cookies every afternoon.

Even better for your bottom line is Keystone’s Kids Ski Free program. Kids aged 12 and under staying at Keystone for more than two nights in Vail Resorts lodging ski free, every day, all season. That’s a pretty good deal. There is daycare for kids aged two months to 15 months. 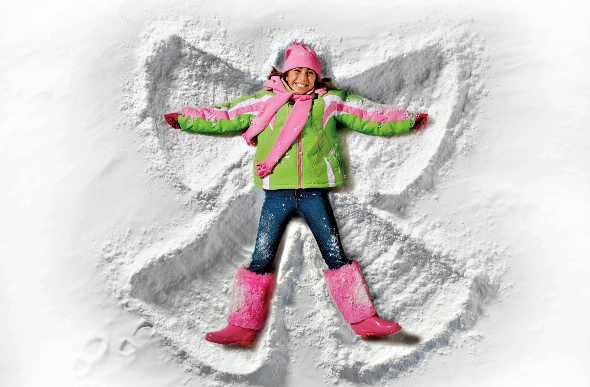 Kids are VIPs here, with service second to none. It’s a ski-only resort, which could be good if you have an older child nagging you to switch to snowboarding and you don’t want them to.

The Kids Ranch has activities for kids aged six months to 17 years, with kids learning pre-ski skills at Wrangler Daycare from age two. They’ll explore the teepees, tour around in sleds and ride the Big Red Tram – no Wiggles in sight!

Australian resorts really do it well and Thredbo nails it for kids aged three to six with Thredboland. Kids learn on Friday Flat and have a blast riding on Freddy, the Friday Express. Freeriders is skiing and boarding for kids seven to 14 years.

The resort’s innovative Kids Snowsports School is at Cloud 9 at the top of the Falls Express Chairlift, with purpose-built beginner terrain. It even has a Burton Riglet Park, to give budding snowboaders aged three to five a fun, safe learning environment.

When not at home chained to the computer keyboard, I love nothing more than checking out ski resorts here and overseas, tropical islands, country towns, big cities, beautiful places to sail, and anywhere I can ride a horse. Twitter @helenhayes4 Instagram @helenhayesmedia
more articles from this author