Bring Mythology To Life In Greece

Bring Mythology To Life In Greece

Deciding on a trip to Greece doesn't take much convincing. This European hotspot turns on the charm with exquisite coastlines, beautiful local dishes and equally beautiful people all too happy to provide travel tips over a shot or two of ouzo. Perhaps one of the most fascinating aspects of Greece though is its ancient history.

So rich are these roots, standing before the Acropolis in Athens, or watching the sun set over the Parthenon holds a place on many o' travel bucket lists. But it pays to look beyond the tourist trails here to discover a few lesser known historic spots steeped in Greek mythology. From almighty gods mingling with mortals to portals to the underworld, this is where you can bring Greek mythology to life. 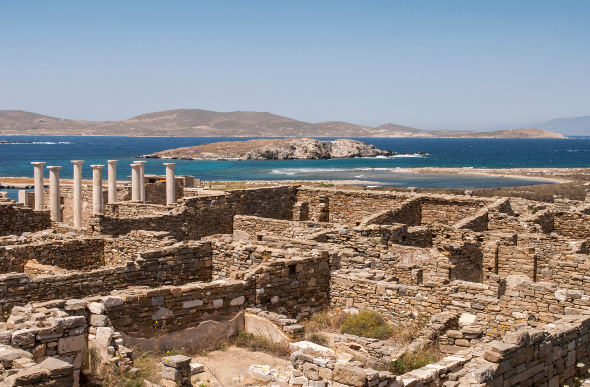 This small island off the coast of Mikonos offers up one of the most extensive excavations in the Mediterranean. Along with several key historical sites, it is also an important mythological site as the island Leto escaped Hera's wrath to give birth to twins Artemis and Apollo. There are several temples and sanctuaries across the island. 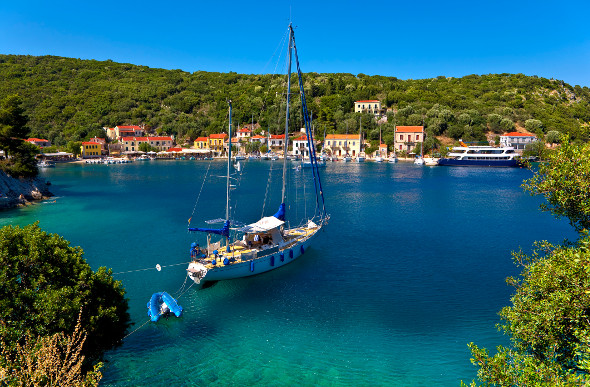 Any mythology devotee will want to make a stop at Ithaca as it happens to be the setting for Homer's Odyssey. The myth's main character, Ulysses (or Odysseus) was the greatest ruler of Ithaca, and when he set off to end the Trojan War, it was here that his wife, Penelope, fended off overzealous suitors by knitting a shroud for 20 years. Today, there are plenty of charming villages and stunning beaches to enjoy.

Looking for retail therapy in Athens? Athens Shopping: Treasures In The City

Continuing with Hercules and his 12 labours, Lerna was the home of the mythological Lernaean Hydra, which he had to slay as his second task. This fictional water snake was said to have nine heads, which when cut off, two more would grow in its place. The lair of the creature is a site near the village Mili at the Argolic Gulf.

Lerna was also thought to be one of the entrances to the underworld due to its many springs and swamps sacred to Demeter , and was also where Poseidon revealed the secret healing properties of the Lernean Lake to Amymone – an empty lake bowl that can still be seen today. 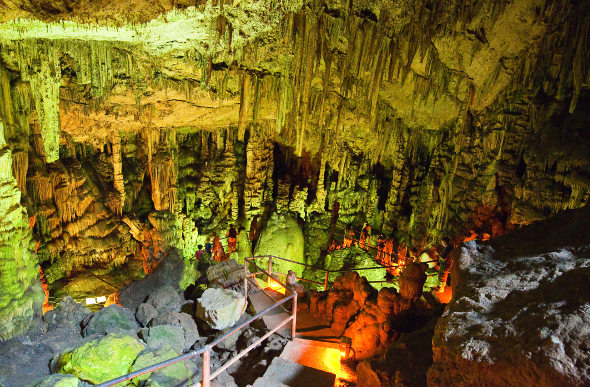 A cave fit for the king of the gods (Image: Getty)

There is a series of caves on the island of Crete at the base of Mount Ida, the deepest of which is said to be where Rhea hid Zeus (then an infant) to save him from being swallowed whole by her father Cronus. There are several variants of this myth, but all describe the King of the Gods growing up here. Travellers can enter the cave, which features an incredible display of stalagmites and stalactites.

Minos's famous Labyrinth is also said to be located in Crete. As the legend goes, Minos built a labyrinth to trap the Minotaur and would send victims into his maze to be killed by the beast. There are two possible locations for this legendary location, the first of which is at Kommos. The former home of King Minos, these spectacular ruins hide maze-like corridors deep within the ancient city. There is also Gortyn, which also offers up the ruins of a maze similar to that described in the myth. 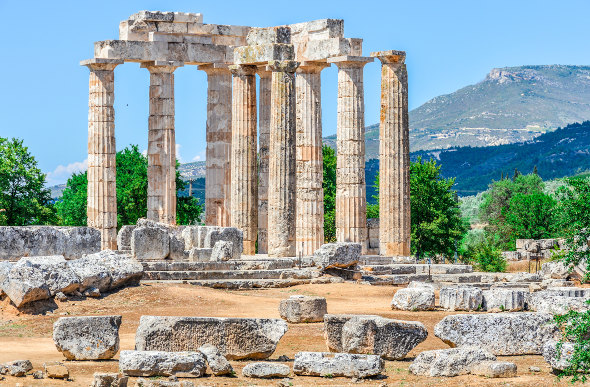 There are few mythological figures more famous than the divine hero Hercules. Half mortal, half god, Hercules was tasked with 12 labours as penance for killing his wife and children while driven made by the jealous goddess Hera. The first of these labours was to slay the Nemean Lion. Venture here to see an incredible archaeological park, rock carvings that depict Hercules wrestling the lion and the remains of Temple of Zeus. 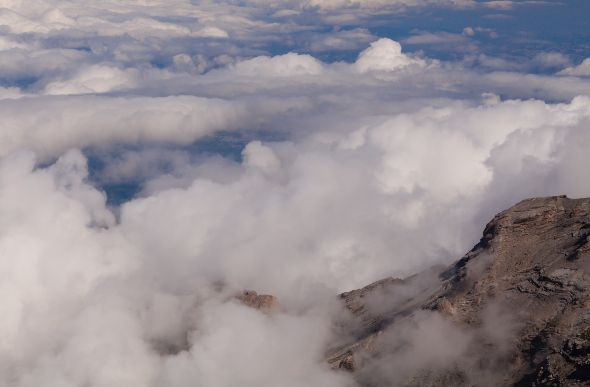 Even if you don't make it to the top, don't forget to check out Mt Olympus (Image: Getty)

Any trip to Greece would not be complete without checking out Mount Olympus. The highest peak in Greece, this mountain was the home of the gods. After defeating the Titans, Zeus built the Pantheon atop Mount Olympus as a meeting place for the 12 Olympian Gods. The nine muses lived at the foot of the mountain.

Today, visitors are treated to beautiful views of the mountain from the surrounding national park. For the more adventurous traveller, there are plenty of activities available. This includes trekking, paragliding, canyoning, rafting and mountain-biking, with trails and tours to suit all levels of experience.