Far-flung places. Remote locations. Epic journeys. Once-in-a-lifetime experiences. There are so many reasons why travel forms a major part of our wistful ‘one-day’ wish lists. Thanks to social media, these amazing experiences seem more accessible and real than ever, and even space travel is not the implausible option it once was. When it comes to bucket list experiences to tick off, here are some ‘do before you die’ trips to inspire travel. 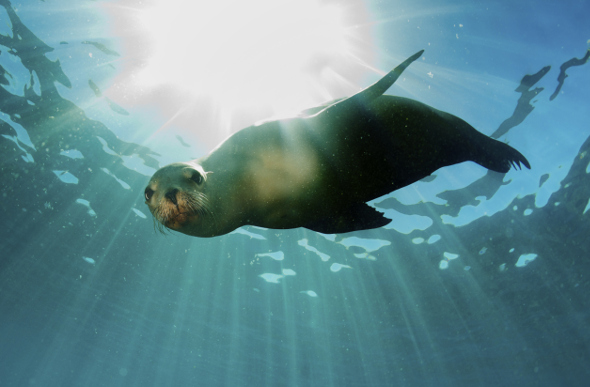 Situated 1,000 kilometres off the coast of Ecuador, the remarkable Galápagos Islands have been described as a ‘living museum and showcase of evolution’. The confluence of three ocean currents plus ongoing seismic and volcanic activity and its  geographic isolation means the flora and fauna of this designated marine reserve is some of the most unique in the world. Access to the islands is by air or sea, with many travellers opting for a guided island-hopping tour to best view and experience the naturally curious and unusual wildlife such as the giant tortoise, iguanas, sea lions and fur seals as well as the endemic birds and fish you won’t encounter anywhere else in the world. 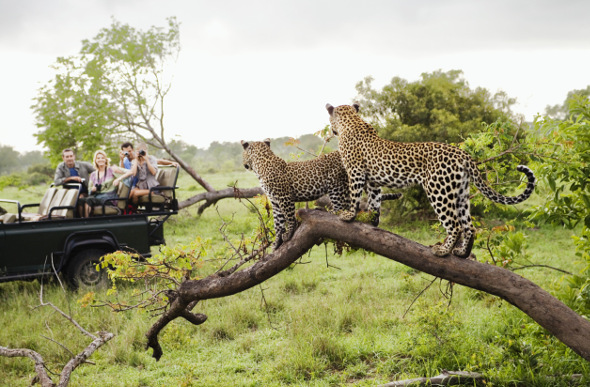 Off-road is a whole new level on safari. Image: Getty

Another must-do experience for animal lovers, an African safari offers an exhilarating ride into the velds, lush wetlands and arid terrain of southern and eastern Africa. Whether you want to see gorillas in Uganda,  witness the mass migration of the Okavango Delta in Botswana, or spot the 'Big Five' animals (African elephant, Cape buffalo, African leopard, African lion and black rhinoceros)  on a South Africa game drive, a safari holiday includes tented camps, sweeping scenery and close encounters with amazing wildlife. Talk to an Africa safari expert about tour options and access to other hotspots and must-see sights near your destination. 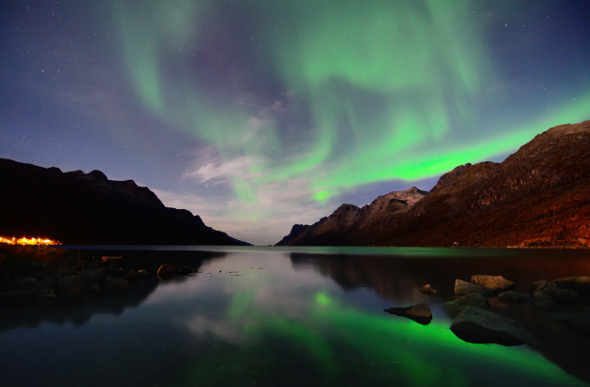 The natural light phenomenon known as the northern lights or aurora borealis occurs during late autumn and from winter into spring in the Northern Hemisphere. Bands of green light appear to dance across the sky in a breathtaking display of colour and spectacle that has to be seen to be believed. Norway is one of the best places to experience the northern lights against the dark backdrop of the Arctic Circle, and pairing a cruise through the fjords and dramatic cliffs is the ideal way to witness the magical aurora borealis and midnight sun experience. 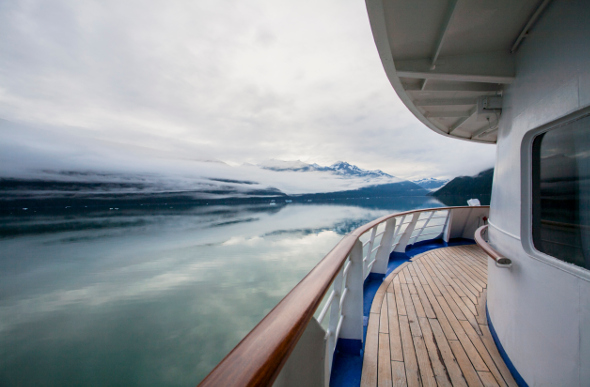 Go with the floe on an Alaska cruise. Image: Getty

Sometimes the journey is the experience, and a trip on the Rocky Mountaineer takes travellers through the pristine surrounds of the majestic Canadian Rockies on a special glass-domed VIA Rail carriage. Traverse the wilderness of Banff National Park in Alberta, survey the impossibly blue depths of Lake Louise and breathe in the crisp mountain air of famous winter sport resorts like Whistler and Sun Peaks in British Columbia. Pair your land journey with a cruise to the remote US state of Alaska, past glaciers, towering peaks and bobbing ice. 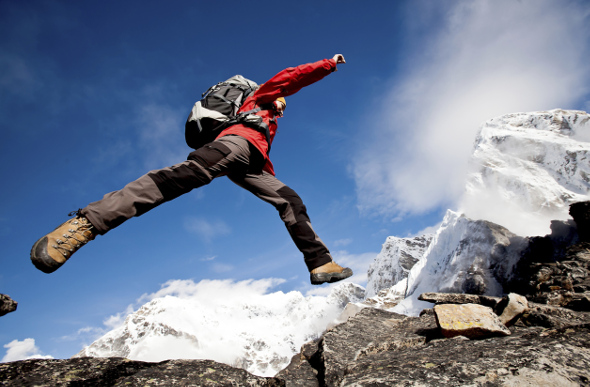 On top of the world in the Himalayas. Image: Getty

You will feel on top of the world, literally, at Everest Base Camp. Scaling heights of the world’s tallest mountain range is the zenith of all peaks and a lofty bucket list ambition; however you don’t have to be a world-famous mountaineer to trek through the Himalayas. You can camp or stay at standard and luxury lodges along the hike to Everest Base Camp. A mix of adventure, culture and sheer jaw-dropping sights, a Nepal trek is a life-affirming experience whether you opt to wander around the foothills of the Annapurna range or tackle Everest. 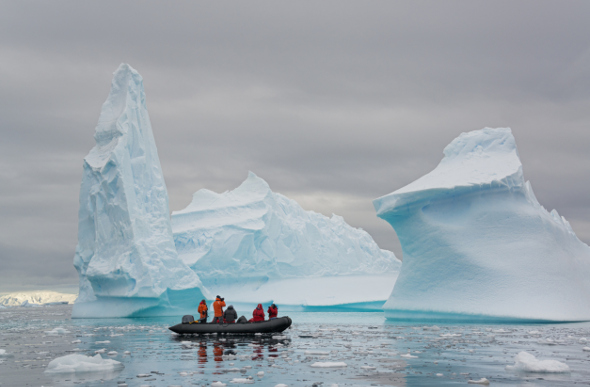 Ticking all seven continents off your travel bucket list is not as difficult as it seems with more guided tours and access to Antarctica than ever before. The massive icy mass of the world’s least visited yet most intriguing continent has never had native human inhabitants, so like the Galápagos Islands, the seal and penguin population are curious, rather than afraid of people. Wildlife is just one of the reasons why Antarctica is well worth the effort. Travellers to the South Pole will be wowed by the giant sheets of floating ice, which can be viewed by plane, cruises from Ushuaia with shore visits, or land expeditions for the intrepid and fit. 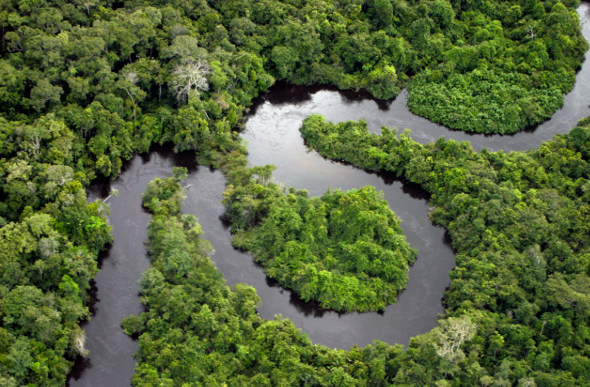 Cruising the Amazon River affords a glimpse at a hidden world, a vast wilderness in a shrinking world replete with wildlife, lush rainforest and indigenous tribes. The river and its tributaries cut a swathe through South America, with the majority of the Amazon Rainforest located in Brazil. The Amazon is home to one in 10 of the world’s known species, and the best way to spot a jaguar, spider monkey or giant anteater is from the water. On a cruise, you could chance upon the elusive and rare pink river dolphins and unique species such as piranhas, giant river otters and black caiman, or alight and trek through the verdant vegetation to explore a true wilderness. 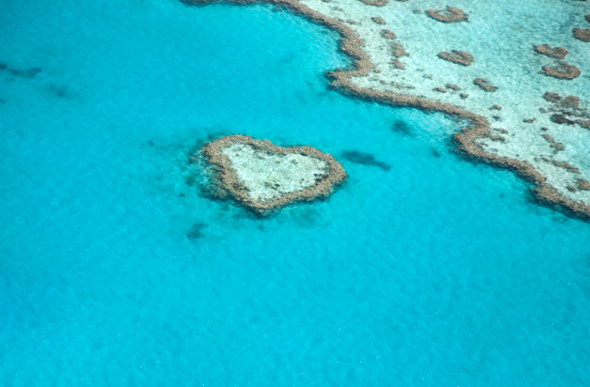 The heart (reef) of the Great Barrier Reef. Image: Getty

Some bucket list travel entries are right on your doorstep. Australia's  Great Barrier Reef is the largest living organism in the world and home to thousands of marine species, from tiny plankton to mammals and fish including dolphins, whales, sharks and dugongs. Stretching over two kilometres in length, the Great Barrier Reef is just a cruise from the Whitsundays or set sail from Airlie Beach to explore this superlative watery wonderland. Alternatively, a panoramic view from a helicopter will net you a view of the beautiful Heart Reef. Spend a few days or a few hours here, but make sure you make time to tick this off your wish list.