With year-round sunshine, amusement parks galore and a heaping of nostalgic landmarks, California is a mecca for family fun – especially with a full tank of petrol.

At the age of 12, California was the centre of my very small universe. Disneyland! Hollywood! Movie stars! Diners! This place on the other side of the world seemed to have it all.

Regardless of my worldly naivety at the time, California is deserving of all its esteem, and the best way to experience it all is to hit the road. 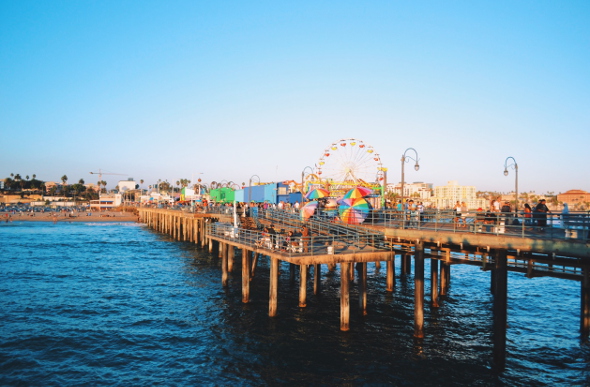 Los Angeles is the obvious place to start. From relaxed beach vibes at Santa Monica, to the picture-perfect row of boutiques of Rodeo Drive, this entertainment epicentre is a sprawl of recognisable icons.

The whole family will love spotting the stars on Hollywood's Walk of Fame, while older kids need only follow the paparazzi flashes along Melrose Avenue to potentially see their favourites in the flesh.

Once you've had your LA fix, fill up the gas and hit California's most iconic freeway, Highway One, to San Francisco. The coast-hugging drive is one of the world's most celebrated routes with countless reasons to stop every few miles.

California Dreamin': a photo diary from the road 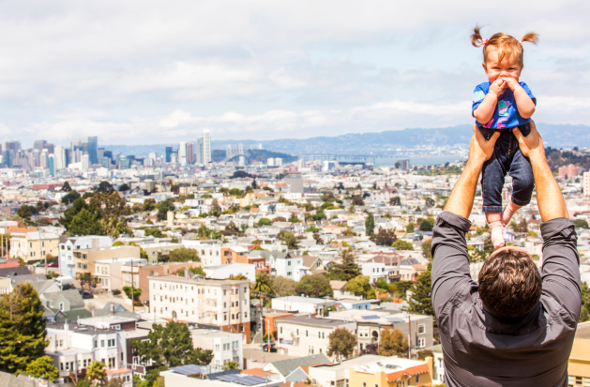 Hanging out in San Francisco

Along the way, ride the cheerful yellow Lil' Toot water taxi in Santa Barbara; marvel at the lavishness of the Hearst Castle and its grand pool; crane your necks up at redwood forests and discover pounding waves in Big Sur; and swing and slide at the Dennis the Menace Playground in Monterey.

Bookend your Highway One drive in one of the world's greatest cities: San Francisco. Here, you can forgo the car and explore hilly streets, eclectic neighbourhoods and the spectacular waterfront by foot, bicycle or the city's network of trams.

Not to be missed sites include Alcatraz (book well in advance), zigzag Lombard Street and a bike ride to the quaint town of Sausalito over the Golden Gate Bridge.

But, few scenes can incite squeals of excitement like driving through soaring sequoias and craggy peaks. To the west of San Francisco is a little national park known as Yosemite. Add a sprinkling of snow and your time in the park will be an experience the family will never forget. 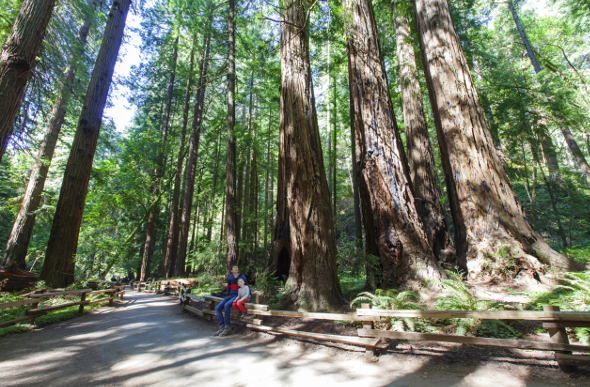 Wander amongst the trees in Yosemite Valley

Ranger-led walks and activities feature in all seasons, ranging from snow-shoe tours up at the Badger Pass ski-field and stargazing, to Junior Ranger programs.

The Golden State's penchant for fun and excitement truly makes it a winner when it comes to hitting the road with the family. With everything from Hollywood glam to sun, surf and snow, California has something to captivate kids who are into beaches, forests, small towns and big cities alike.

Visit your local Flight Centre store or call 131 600 for more advice and the latest deals on travelling to California.