A Taste Of Cantonese Culture In Guangzhou

A Taste Of Cantonese Culture In Guangzhou

The southern Chinese city of Guangzhou offers all the hustle, bustle, culture and commerce of other major Asian metropolises minus the massive tourist crowds.

But that could change as more travellers are lured to the modern port city by affordable flights and a 72-hour visa-free transit policy.

Just a two-hour train ride from Hong Kong, Guangzhou is an easy weekend getaway or, in my case, a two-day stopover on my trip from Los Angeles to Malaysia.

Often touted as the birthplace of dim sum, Guangzhou takes its Cantonese cuisine seriously. Head west to the historic Liwan district to stroll through the shop- and restaurant-lined Shangxiajiu Pedestrian Street. Pick up a traditional mooncake filled with lotus seed paste at Lianxiang Lou or try the delectable dim sum at the popular Guangzhou Restaurant. 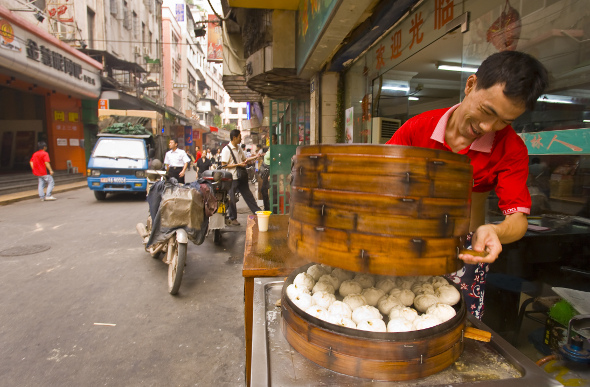 You're in the home of the dim sum

Just off the main strip are side streets brimming with tasty food stalls and bustling markets selling fresh produce and traditional remedies such as live scorpions and dried snakes.

If like me, you're overwhelmed by Guangzhou's copious culinary choices, book a local guide through Eating Adventures Food Tour and tackle this foodie's paradise like a pro.

Canton Tower is one of Guangzhou's top tourist attractions and for good reason. At 600 metres, the modern monolith offers panoramic views of the cityscape and winding Pearl River. It also features rotating restaurants and, for thrill-seekers, a 30-metre free fall ride.

I opted for the leisurely bubble tram and snapped the stunning sunset views while slowly rotating in a glass pod on a track atop the tower. 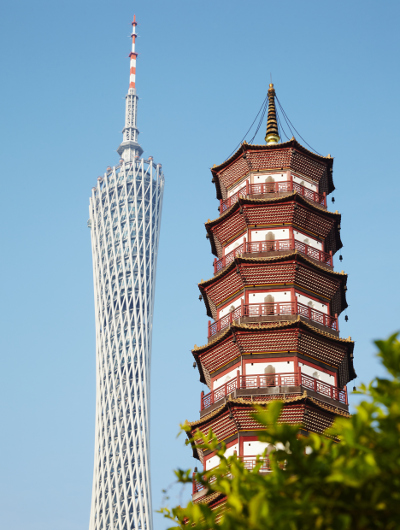 Craving a creative boost? Head to the Tianhe District for the Redtory Art and Design Factory. This sprawling canning factory-turned-sleepy artists' village boasts a bevy of contemporary galleries, exhibits and restaurants.

Pick up a milk tea from one of the trendy cafes and peruse the small shops of artsy handicrafts, clothing, books and accessories

Redtory is similar to Beijing's 798 Art Zone, but not yet quite as developed. Still, you can easily lose a few hours in this off-the-beaten path cultural compound.

The city means more than business. Guangzhou – Not just a Business City

A foodie's tour of Hong Kong. A Foodie’s Long Weekend In Hong Kong

Cross off your entire shopping list with a visit to OneLink International Plaza.

This massive wholesale mall off of Haizhu Square is a winding, multi-floor maze of toys, home goods, electronics, clothing and accessories. I spent three hours in this shopper's wonderland and barely scratched its surface. 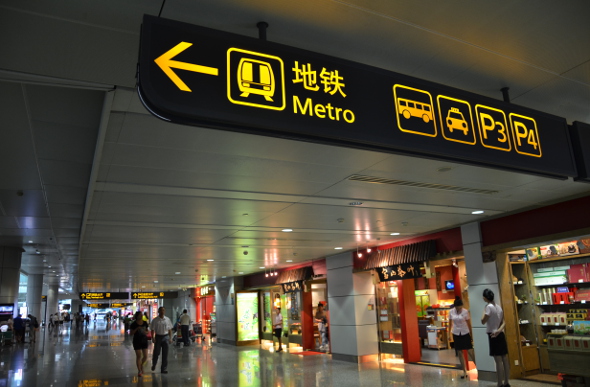 The metro has maps and announcements in English

If you can overcome the language barrier, taxis are affordable and abundant in Guangzhou. But I'd recommend beating the traffic and hopping on the metro. The subway is clean, quiet, air-conditioned and cheap. It's also easy to navigate with most maps, and the announcements are in English.

Keep in mind the Chinese government blocks thousands of websites including Facebook and Google. You'll need a virtual private network, or VPN, if Google Maps is your go-to navigation tool.

Visit your local Flight Centre store or call 131 600 for more advice and the latest deals on travelling to Guangzhou.

This article was written by Nicole Evatt from The Associated Press and was legally licensed through the NewsCred publisher network.