How To Celebrate The New Year In Dublin

How To Celebrate The New Year In Dublin

Dublin for New Year? There was a time when such a phrase would not, perhaps, trip so lightly off the tongue: the Christmas build-up collapsing into a frenzy of holiday sales, boozing – and, frankly, not much else.

The Irish capital, though, has learned a thing or two in the course of the last few years. To be sure, the stag and hen parties which blighted the city’s reputation haven’t gone away – but happily, you’re not likely to see them over the New Year period. 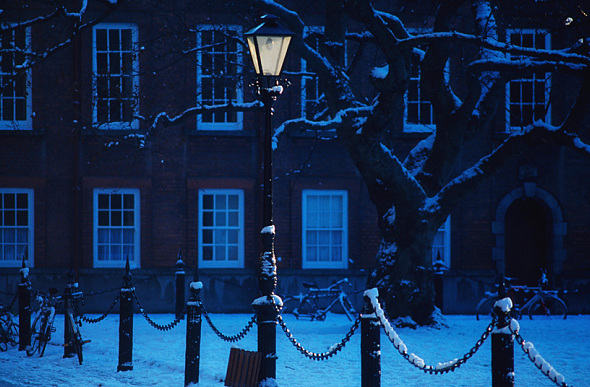 And in addition, Dublin has learned to harness the sociability which is at the heart of the city’s character – and put it to the best and most convivial of uses.

The result is impressive and attractive: an Irish Hogmanay-on-Liffey, taking place at venues across Dublin’s compact and eminently walkable city centre.

Cue New Year Festival Dublin, which runs from December 30 to January 1. The festival, centred on Dame Street in the south city centre, has been in existence now for five years, developing and expanding in colour and confidence with each edition.

Best of all, it’s recognisably and emphatically Irish in tone, showcasing local music, arts and – just in case you haven’t eaten enough over Christmas – a Food Village (from noon daily).

19 Bells Ring In The New Year

One high point for me comes with sunset and the beginning of the free Luminosity show (from 5pm daily), in which aspects of Irish culture, history and modern life play in 3D animation across the facades of some of Dublin’s most historic buildings. Top tip here: make your way to College Green and watch the light show on the great West Front of Trinity College.

New Year’s Eve itself sees the Procession of Light (from 4pm). This impressive event drew over 10,000 spectators in 2014: the glimmering, lantern-roofed parade makes for an enchanting spectacle as it wends its way from St Stephen’s Green up to Dublin Castle. It’s the perfect antidote to shopping frenzy – and is especially good for children.

Later in the evening, the approach to 2016 begins with the Countdown Concert and the Temple Bar Concert. Or you can go along for free to Christ Church Cathedral. Dubliners have for generation gathered here at midnight for the splendid ringing of the cathedral’s carillon of 19 bells: a traditional and beautifully atmospheric way to see in the New Year. When in Dublin … 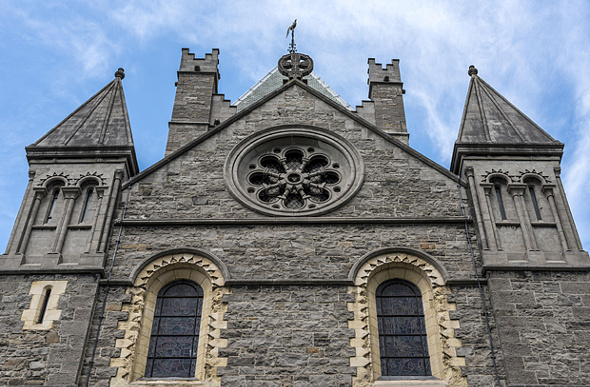 These few days also provide an excellent opportunity to explore Dublin at the grassroots. Ireland, like Britain, offers free entry to its principal museums: other sights, however, change admission – and the New Year Festival’s Love Dublin strand offers a range of discounts on some of the newest and best; see the website for specific information.

History At Its Most Human

One of my favourite of these attractions is the Little Museum of Dublin, a gem of a place housed in a beautiful Georgian townhouse on the north side of St Stephen’s Green, and filled with material and items – donated by the public, for the most part – which tell a vivid story of 20th century Dublin.

This is history at its most captivating and human. Hatch & Sons is the museum’s handsome basement cafe: sample an excellent coffee and a blaa, a soft white roll from County Waterford filled with – well, with your heart’s desire. Round off your exploration of this corner of the city with a visit to Ely, one of the best places in town for wine, beer and smart food.

Teeling’s is another festival partner – and a brand-new kid on the block. While the superb Guinness Storehouse remains Ireland’s most popular visitor attraction, Teeling’s – as the first new whiskey distillery to open in Ireland in over a century – merits New Year attention. Even if you’re not a whiskey fan, it’s an absorbing tour and you’ll emerge determined never to drink a drop of Scotch again. 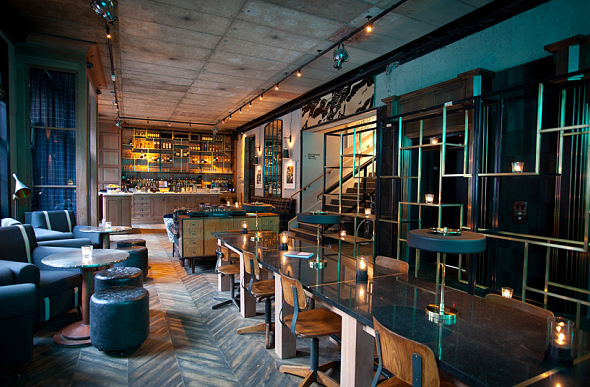 The bar at The Dean Hotel

While at one time many businesses closed for the post-Christmas fall-off-the-cliff, New Year Dublin is now very much open.

A mere step from Festival Ground Zero on Dame Street, you’ll find Avoca, home of quality Irish-made knitware, blankets and other gorgeous goods; and Cocoa Atelier, for my money the best of a new, delicious wave of confectioners which have popped up like chocolate mushrooms in recent years; the dark salted caramel is to die for.

Places to refuel in the Irish capital. Top Dublin Restaurants

What you might nor know about Dublin. Fun Facts – Top Trivia About Dublin

Dublin’s diminutive size comes into its own at such moments: after a spot of New Year’s Eve grazing and shopping, slip around the corner to the wine cellar at Fallon and Byrne, and forego the tyranny of New Year set menus for a choice of 600 wines accompanied by cheese, smoked fish or charcuterie boards.

Or try Peruke and Periwig for equally flexible eating and drinking in quaintly rickety surroundings. From here, the ringing bells of Christ Church are a mere stroll away: not a bad means of waving goodbye to 2015.

If you need the cobwebs blown away the following morning, jump on the DART train for the 30-minute ride to the seaside and walk the great granite walls of Dun Laoghaire pier.

Alternatively, explore the great expanses of the Phoenix Park, one of the largest in Europe: here, you can shadow the park’s own herds of red deer, visit Dublin Zoo – and make some New Year resolutions you’re simply bound to keep.

Visit your local Flight Centre store or call 131 600 for more advice and the latest deals on travelling to Dublin.

This article was written by Neil Hegarty from The Daily Telegraph and was legally licensed through the NewsCred publisher network.