Rachael Lynch is Australia’s star goalkeeper for the Hockeyroos. After making her debut in 2006 at the Champions Trophy tournament in the Netherlands, Lynch has become a regular feature in the Hockeyroos side.

The Aussie 'gatekeeper' was instrumental in helping her team through to the World Cup final in the Netherlands last year (she was named 'Goalkeeper of the Tournament') and also saved three goal attempts from the England team to help secure a 3-1 shootout gold-medal victory for the Hockeyroos at the most recent Commonwealth Games. 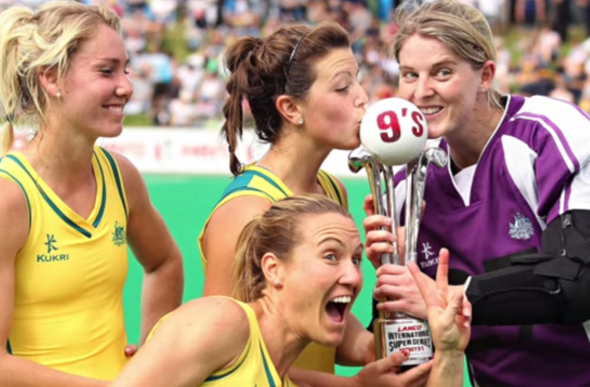 Rachael Lynch is ticking off sporting and travel milestones

Being a professional athlete also comes with travel benefits such as tasting food from all around the world. Rachael recently took time out from training to talk to Flight Centre about all things travel.

"We're lucky we get to go to Europe a fair bit. There are no crepes in the world like the ones in France. I also enjoy Japanese food, so I ate a lot of sushi when I was there, and the meat in Argentina is also really nice," Rachael said when we asked about her best food experiences.

Embarrassing holiday experiences overseas, an encounter with an unusual fan, a wild plane flight over Iguazu Falls in South America and favourite destinations were all shared when Rachael Lynch sat down in front of the camera for another instalment of Flight Centre's Celebrity Traveller.