Climbing the cobbled slope that leads from Placa de la Constitucio to the Ses Taules Gate, I can see the centuries passing me in the other direction.

It is not that the square I have just left is vastly modern – framed by whitewashed houses, it is classically Spanish.

It is more that, as I cut through the most northerly portal in its medieval walls, I know I am entering the original core of Ibiza – both the island, and the town that shares its name. 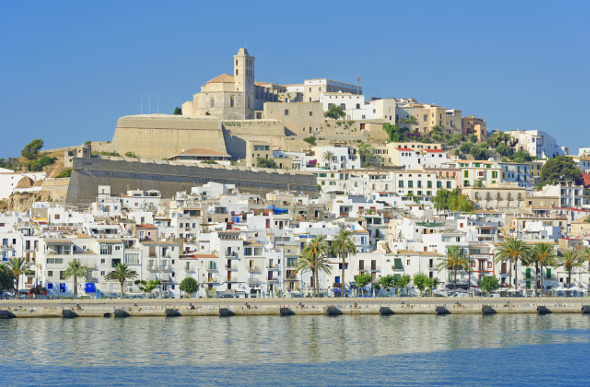 The town was once good at keeping people out. (Image: Getty)

Ibiza Town (or "Eivissa", to use its more romantic Catalan title) can scarcely be called a hidden secret of Europe – pitched, as it is, on the south shore of a feted Balearic outcrop which attracts six million tourists a year.

But it is still a shock to walk into this citadel and realise how removed it is from west-coast Sant Antoni and its mega-nightclubs. Here is a calm space of museums, churches, and historic landmarks – where you can explore narrow alleys without ever having to consider which DJ is playing which venue tonight.

Not that you should forget the rest of the island.

Even if 5am dance-floor fun is not your thing, it would be remiss to ignore the sands of Ibiza Town's beach neighbour, Platja d'en Bossa, or the beauty of the Ses Salines salt flats.

But as summer fades, the capital, more than ever, draws into itself as an alternative side to life in this Mediterranean escape zone. 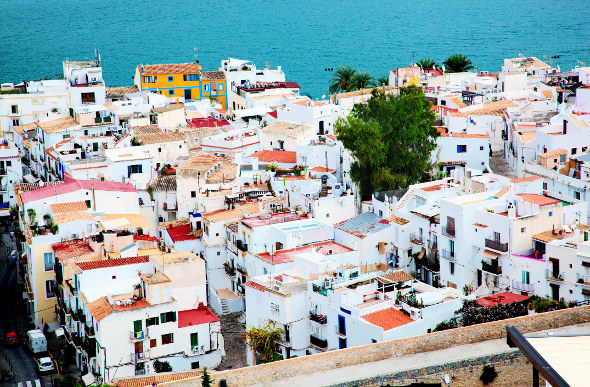 Founded in 654BC by Phoenician navigators, this was always meant to be a settlement set apart, a defensive bastion whose attitude changed little over the centuries, even as its rulers did – Carthaginians, Romans, the Moorish incomers who landed in 990, the Aragonese "reconquerors" who claimed the island for the future Spain in 1235.

The Madina Yabisa Interpretation Centre delves into the island's Moorish past. Stand outside the enormous 13th-century cathedral, or on the wall's sturdy ramparts, and you might think you are visiting a fortress. You are. The joy is that, in 2015, Ibiza Town is as good at beckoning people in as it once was at keeping them out.

Make some mess in Catalonia. Eating Calcots In Catalonia May Require Some Mess

Ibiza Town's charm is discernible in the houses that offer vistas every bit as grand as the hotels.

Casa Broner, was the home of Erwin Broner, a German-Jewish architect who fled to the isle in 1934 to escape Nazism. The property that he built is a glorious mixture of Bauhaus and Mediterranean styles, with wide windows facing the ocean.

Within the walls, the slanting street of Carrer la Santa Creu is a nest of restaurants – such as La Oliva, at No 2, a popular stalwart which places an emphasis on seafood with dishes such as grilled squid in pesto.

Outside the walls you'll find Sa Brisa, a stylish, upmarket affair which proffers Segovia suckling pig with pickles and a splendid ceviche that merges scallops, sea bass and shrimp – all this complemented by a range of Ibizan wines. 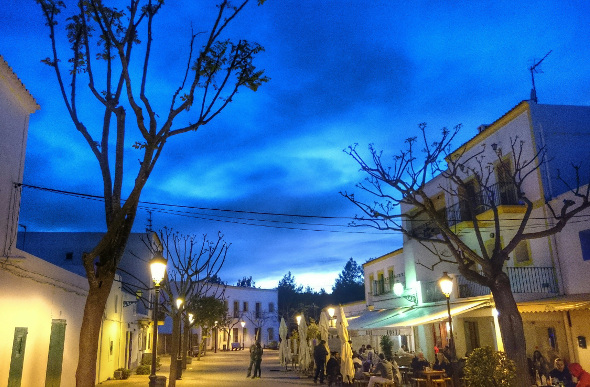 For something a little more off the wall, try Heart, a new collaboration between Ferran Adria, of elBulli fame, and Cirque Du Soleil.

The Supper Club combines dining, art and performance, while the Terrace is home to a "street-food roof party".

Although not reliant on the pounding beats and light shows deployed in Sant Antoni, Ibiza Town can still offer after-dark merriment.

Teatro Pereyra is a former theatre, dating to 1898, which lives on as a watering hole, with band performances and cheap beer.

La Mezcaleria offers a hint of Latin swing, serving cocktails loaded with Mexico's "other" potent spirit – such as El Perfume, which adds mezcal to pears marinated in an essence of cloves and vanilla.

Ibiza Town thrives outside its walls – a case in point being the Mercat Vell, a covered market (open daily until the end of September, sporadic weekends after that) where you can buy island salt and olive oil from the groves of its interior. 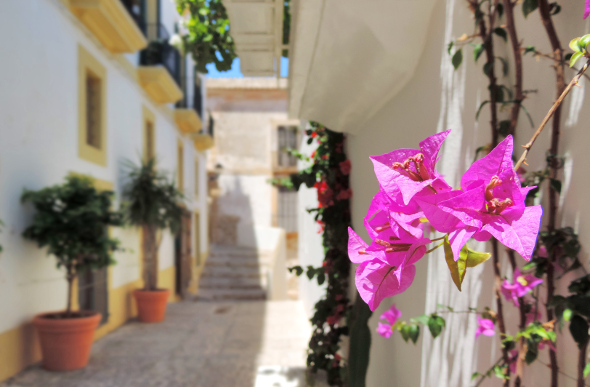 Nearby on the broad square of Passeig de Vara de Rey, Galeria Blanca deals in quirky paintings and Pollock-esque splatters of colour.

Back in the Dalt Vila (Old Town) at Placa de Vila 17, Boutique Divina specialises in floaty fabrics ideal for a holiday on the White Isle.

Ibiza Town's highbrow edge is most apparent in the Museu d'Art Contemporani d'Eivissa, which holds a raft of intriguing creative moments.

There are further flashes of culture at the Museu Puget, which presents the works of Nargiso Puget Vinas and Nargiso Puget Riquer, a father and son who sketched 20th-century Ibizan landscapes.

Visit your local Flight Centre store or call 131 600 for more advice and the latest deals on travelling to Ibiza.