For decades, aspiring actors, directors and writers have flocked to Hollywood with dreams of making it big. Tap into what makes the capital of entertainment tick by joining a movie-inspired tour. Not only will you get an insider’s look at back lots and film locations, but you’ll also appreciate Los Angeles beyond its beaches, star homes, and Hollywood Walk of Fame. Each tour has its charms; perhaps you’ll experience all five like I did. 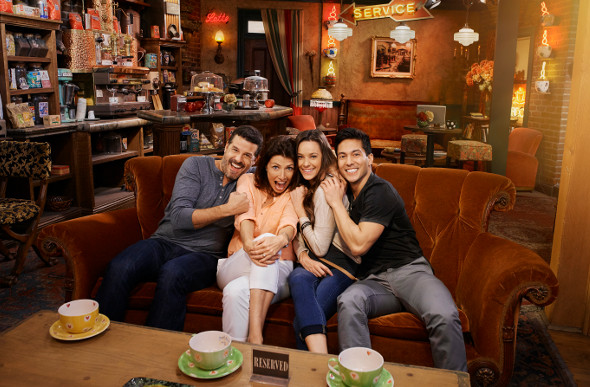 Hang out with your friends at Central Perk.

Warner Bros. Studio is located by Mount Lee, just over the hill from the Hollywood sign. The two-hour tour chauffeurs up to 14 guests in carts around the 45-hectare back lot for a behind-the-scenes look at exteriors including the jungle/lagoon locations of Jurassic Park and The Last Samurai; the quaint Midwest village home to Gilmore Girls; and French Street, where parts of Casablanca were filmed.

You’ll see memorabilia from The DC Universe, including Suicide Squad, and Harry Potter; real-deal Batmobiles; and sound-stage interiors of either The Big Bang Theory or The Ellen DeGeneres Show. In 2015, Stage 48: Script to Screen was added at the end of the tour, where guests can lounge in Friends’ recreated Central Perk set, fly Harry Potter’s broomstick, and experience Gravity’s Oscar-winning sound effects. Give yourself about 60 minutes – it’s an interactive stop and there are plenty of excellent photo opportunities. Deluxe tours are also available. 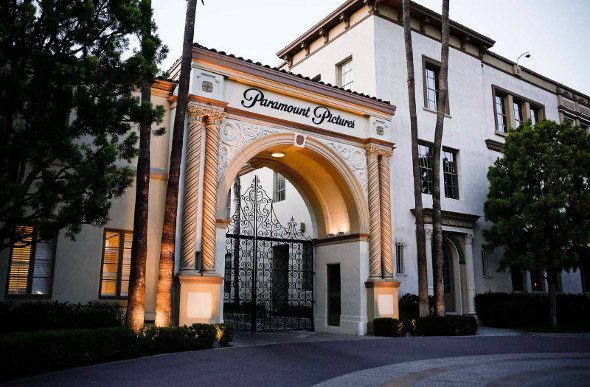 The famous Bronson Gate at Paramount.

Over a couple of hours, two guides navigate carts with seven guests around the 26-hectare studio back lot, where legendary movies such as The Ten Commandments, Citizen Kane, Star Trek and Breakfast at Tiffany’s were filmed. Star spottings have included Tom Hanks (and the bench from Forrest Gump), Angie Harmon (from the TV series Rizzoli and Isles), and Dr Phil, whose eponymous CBS show on Stage 29 is going 14 years strong.

Quirky city: The Strange & Silly Side Of LA 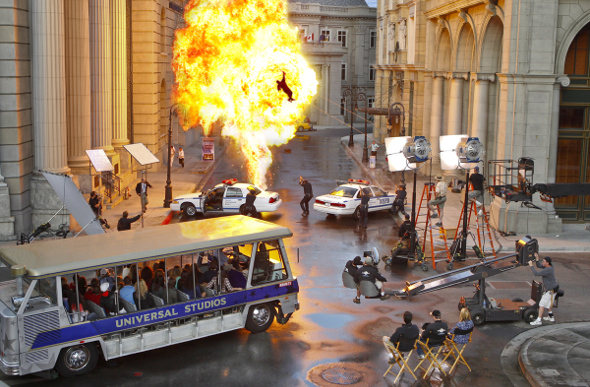 Universal Studios is abuzz thanks to The Wizarding World of Harry Potter and a new The Walking Dead attraction, but its popular Studio Tour continues to draw crowds, especially as the ride now continues after sunset. As with the day tour, the train weaves through Wisteria Lane from The Desperate Housewives and King Kong 360 3D, before unveiling the back lot’s darker side: Jaws’ fear factor goes off the charts; Frankenstein’s Monster haunts Little Europe; the Bates Hotel looks even more terrifying; and War of the Worlds becomes a mess of steaming junk and flashing police lights.

In the hi-tech grand finale, Fast & Furious – Supercharged!, you’ll come face to face with Vin Diesel’s hologram before getting swept up in a thrilling high-speed chase. (It’s very cool.) The Nighttime Studio Tour transitions at sundown on select evenings. 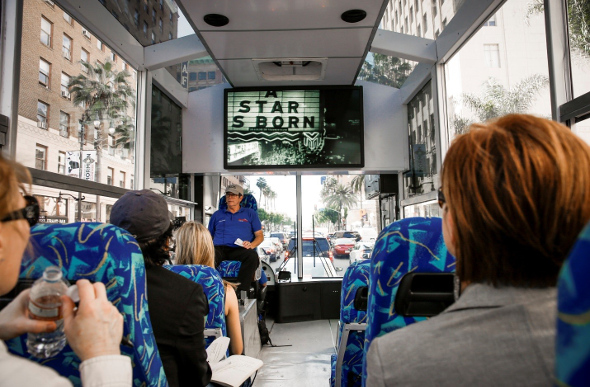 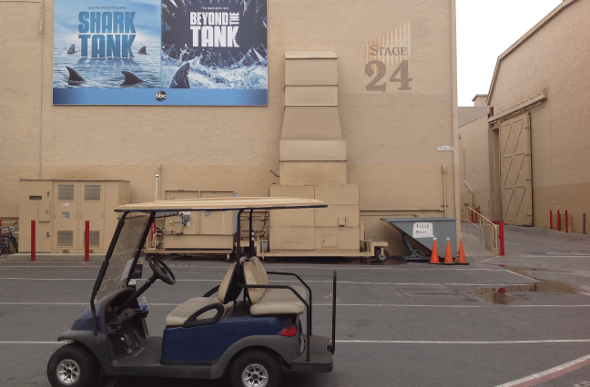 Cruise with the sharks at Sony Pictures.

American sitcom and game show fans will appreciate this two-hour walking tour of Sony Pictures' 18-hectare lot in Culver City. After a stroll through manicured Main Street – its facade featured in The Holiday starring Kate Winslet and Jude Law – groups explore the sound stages of The Goldbergs and Wheel of Fortune (you’ll be lucky to see the giant spinning wheel as it travels frequently on 'national tour').

Elsewhere, filming takes place for Shark Tank and Chelsea, the Netflix series by comedian Chelsea Handler. You’ll pass buildings named for MGM greats Clark Gable and Katherine Hepburn, but Barbra Streisand Scoring Stage steals the spotlight, where The Wizard of Oz and Gone with the Wind recorded their film scores.

While the orchestra space remains the same, Sony did add a control room with an isolation booth in 1989. Interesting fact: Amistad called for a 100-piece orchestra and 50-person choir. At the end of the tour, guests are gifted a photo of themselves on the set of a game show. (My picture was on Wheel of Fortune, but Jeopardy is filmed here, too).