How Colombia Got Its Groove Back

How Colombia Got Its Groove Back

Since Escobar’s death in 1993, however, Colombia has transformed itself.  With safe streets and favourable exchange rates, visitors are discovering the country’s many charms, from its Caribbean coast to its Andean peaks.

The metamorphosis has been remarkable, and nowhere more so than in Medellin. Ringed by verdant mountains, Medellin has a scenic setting and a mild climate. A series of energetic mayors has poured money into urban planning, education, transport and health, giving Medellin perhaps the world’s most successful makeover. 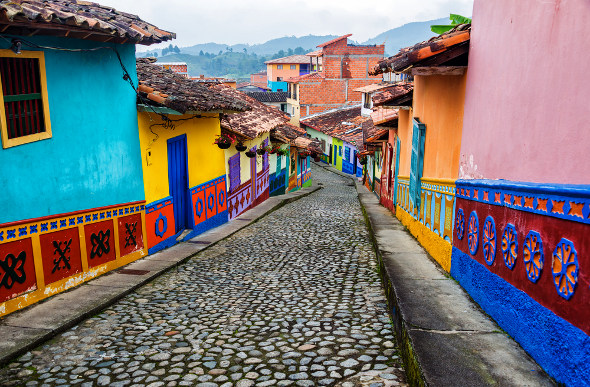 The streets in Colombia are as vibrant as the people

The city’s main public transport platform, the metro, is cheap, fast and frequent. It was also deliberately designed to link the richest and the poorest neighbourhoods, as a way of breaking down social boundaries. Where the slums sprawl up the hillsides, the train is replaced by a cable car. Once no-go areas, these slums are now home to some of the city’s most innovative architecture, including the spectacular Biblioteca Espana.

The bright yellow Turibus, with its four hour bilingual tour, is a good introduction to Medellin. Although there is plenty to see in the city centre, including the absurdly voluptuous statues of hometown favourite Fernando Botero in the Plaza Botero, don’t forget to explore further afield. The chic Parque Lleras, for instance, is a charming square where hip bars and restaurants jostle shoulders with charming boutiques.

There is now even an Escobar tour, which takes in the drug czar’s house and the shells of his decommissioned planes. From criminal mastermind to tourist attraction – there’s no better way to chart the city’s change. 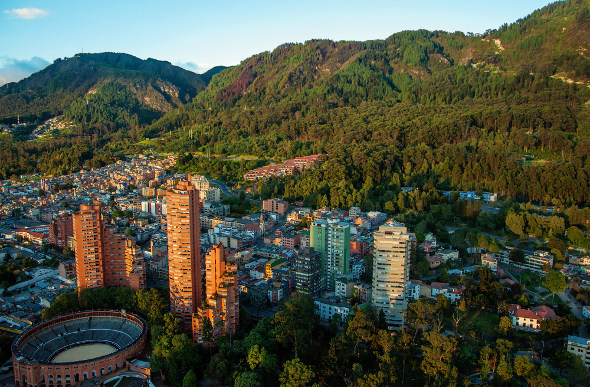 Bogota with the Andes towering up behind

One unusual attraction is the Parque de Los Pies Descalzos, or the Barefoot Park. Set in the heart of downtown, the park was designed to give office workers a dose of nature in the middle of the work day. Start with a barefoot walk across the plains of sand, stone and leaves, then lose yourself in the giant maze, designed to be navigated with closed eyes.

You won’t find such whimsy in sophisticated Bogota, Colombia’s high-altitude capital. Bogota is proud of its array of museums and galleries, including the impressive Gold Museum, home to the world’s largest collection of pre-Incan gold ornaments.

Like other South American capitals, Bogota’s restaurant scene is burgeoning. For a chic dinner, you can’t beat Harry Sasson; for a more casual eatery, try the city’s favourite craft brewery, the Bogota Beer Company. A short way out of town, Andres Carne de Res is a psychedelic roadhouse decorated with a mash-up of religious carvings, giant statues of cows and countless neon signs. Locals come here not just for the delicious grilled meat, but for the lively parties that kick off after dinner. 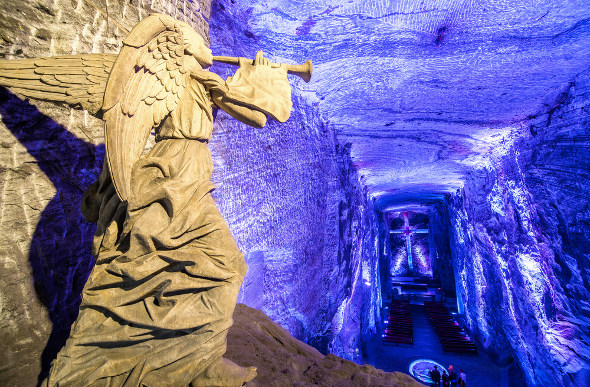 An angel in Colombia's Salt Cathedral

If you can, spend a Sunday in Bogota to see what happens to a city when cars are banished. During the weekly Ciclovía, more than 122km of the city’s main streets are thrown open to pedestrians and cyclists. Two million people turn out every week for the city’s biggest fiesta, with street stalls, rumba classes and a general party vibe.

There are also some interesting day trips on offer, such as a visit to the eerily beautiful Zipaquirá Salt Cathedral, built deep inside an ancient salt mine and decorated with art works made of salt.

Colombia’s most postcard-perfect tourist destination is the town of Cartegena, perched on the Caribbean coast. Americans head here for the white sand beaches, but it’s the city’s colonial centre, surrounded by 400-year old walls, that is the real lure. Wander the atmospheric streets, occasionally picking up a treat from one of the strolling vendors: a shot of coffee (black, of course), a cool agua de coco (coconut water) or succulent tropical fruit sold by brightly-clad palenquera women. Treat yourself to a siesta after a late lunch, to ensure you have the energy to hit the dance floor in one of the city’s beloved salsa clubs. 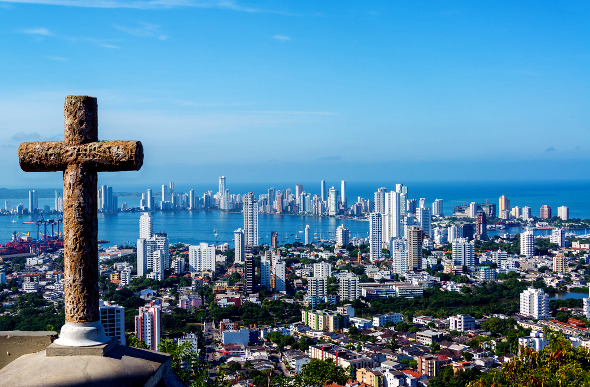 There is much more to explore in this beautiful country, from some of the continent’s most impressive pre-Incan ruins to the pretty country towns, or pueblitos, favoured as weekend retreats by cashed-up Colombians. So much, in fact, that you may find that one trip is simply not enough.

Not sure where to start? Add these destinations to your list.

There’s no such thing as a typical day for Ute Junker: it might begin with a snorkel through Tahiti’s translucent waters, or finish with a samba session in one of Rio’s best clubs. From hiking the Norwegian fjords to dining in Lima’s best restaurants, she travels the world in search of inspiring, informative stories.
more articles from this author