10 Of The Best Ways To Enjoy Copenhagen … On A Budget

10 Of The Best Ways To Enjoy Copenhagen … On A Budget

Copenhagen deserves its reputation as one of Europe's most expensive capitals. This historic yet ultra-modern city of the seafarers is home to art, literature, music, architecture and startlingly chic design.

But don't be deterred by the cost reputation – here are 10 ways to experience the capital of Denmark without the prior need to raise a mortgage. Because the locals don't pay tourist prices – and neither should you.

See The City From The Water

As well as the pretty old houses and historic warehouses that line the waterside, many of Copenhagen’s key sites are also best viewed from the canal that runs north-south through the city. A great way to enjoy a water tour is to avoid the expensive tour operators and jump on one of the local Movia harbour buses.

These clunky, chugging yellow barges run roughly every 10-20 minutes, starting at Refshaleoen island and finishing at industrial Teglholmen. Buy a 24-hour ticket for DKK 80 ($A15.50) and you can get on and off as many times as you like (price includes land buses, too) or pick up a single for $A5 (both half-price for kids under 15) and just sit tight and tick off the Black Diamond library, royal buildings and hippy Christianshavn as you float past. 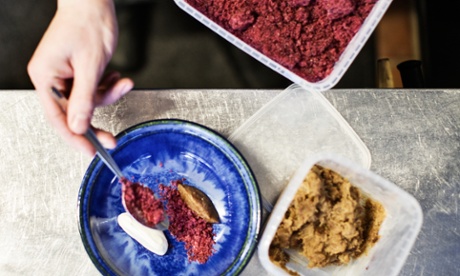 Noma, on the Christianshavn waterfront, may be the 'best' restaurant in the world, but you don’t have to pay its eye-watering prices to sample the type of cuisine that has made Nordic dining so famous. Former Noma staff are colonising the city with a new breed of high-quality, low-price restaurants that champion the same ethos.

Top of the list are Bror in the Latin Quarter, where the bull’s balls with tartare sauce for $A8 have made Victor Wagman and Samuel Nutter names to watch; and Manfreds, where ex-Noma sous-chef Christian Puglisi serves dishes such as charred onions with gooseberries or chicken liver with rhubarb ($A15) in a tiny restaurant with rickety wooden tables. 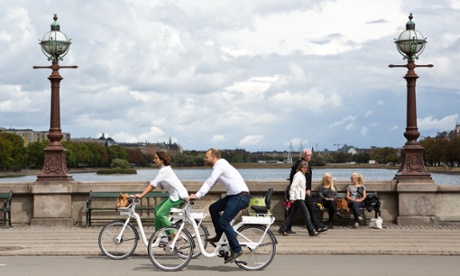 Hiring a bike is a must: wide, traffic-separated bike lanes make navigating a breeze even for timid cyclists, and plenty of hotels provide free bicycles for guests so check before you hire. A new bike-sharing scheme has just launched (the previous city bike program collapsed in 2012).

Bycyklen bikes cost $A5 an hour for an electric bike that comes with GPS and no-puncture tyres. But if you don’t mind hitting the road on a salvaged option, Copenhagen Free Bike Rentals will set you off on a reconditioned old ride with the fee being only what you think it is worth. 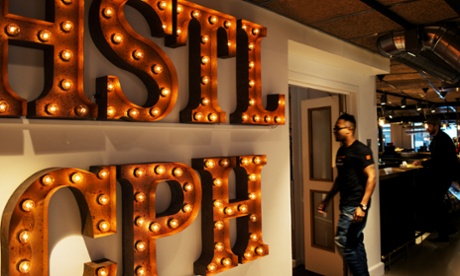 There are a few trendy, hot hostel-type places to stay but not all of them are conveniently located. The newest, Urban House, is just a few steps from Central Station, and combines Scandi style (in minimal but practical dorm and double bedrooms from $A45) with functionality and panache. So, as well as a tattoo studio, bike rental and games room, it has free Wi-Fi and cheap breakfasts.

Watch Opera On The Cheap 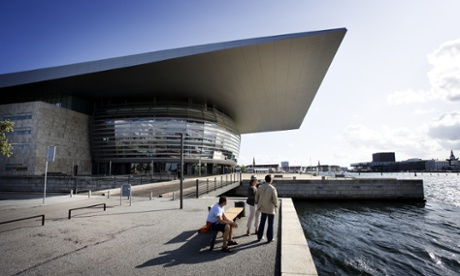 It’s free to admire the controversial architecture of the Henning Larsen-designed Copenhagen Opera House from the outside but to see a performance inside you’d normally have to pay up to $A115 for a stalls ticket. Cheap standing tickets are available for every performance for around $A25.

The obvious trick used by locals is to enter on a standing ticket and then find a free seat after the first act. The Opera House will be undergoing renovation through July and August but still has availability for September operas. 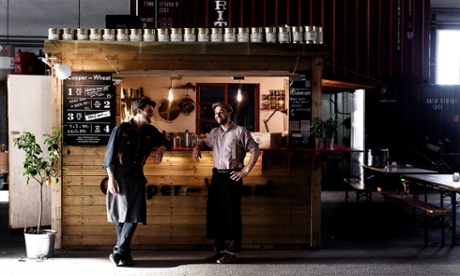 Street food project Copper and Wheat is one of many with space at Papiroen Island. Photograph: Chris Tonnesen

Hot Dogs have traditionally been the street food of choice (the best is Dop near the round tower in the city centre) but a new development in and around the warehouses on Papiroen Island – once used for paper storage for the Danish Press – is bringing a broader range of culinary influences to the city.

This is the place to come for sushi, inventive smorrebrod or Korean burgers (with dishes costing from $A10), eaten on deckchairs that line the water. On the opposite bank you’ll see people sitting in the restaurants who’ve paid twice as much for their waterside dining.

A new Saturday market has recently launched in the Meatpacking District – a weekly extravaganza of produce and cooking stalls to complement the area’s edgy cool restaurants.

Get Into The Groove 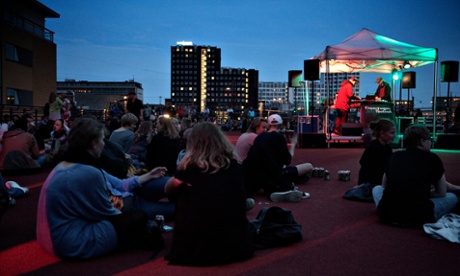 Summer is the time to tune in: with events such as the jazz festival (this year featuring Tony Bennett and Lady Gaga, Herbie Hancock and Chick Corea, July 3-12) and Distortion (June 1-5, 2016) taking over the city during weekends in June and July.

Running throughout summer are free concerts in churches and other unusual venues every Wednesday and opportunities to watch or participate in dance events from salsa and rumba to swing in Faelledpark. 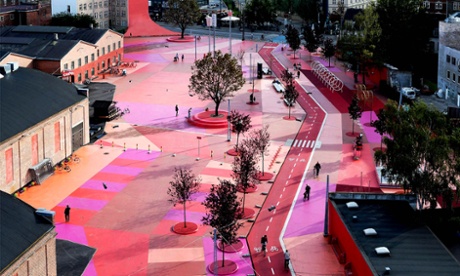 There are plenty of places to avoid the big-bucks entertainment and get the kids involved in the kind of hearty fresh-air activities loved by the Danes. Most fun is the Havnegade promenade (on the street of the same name), where a series of trampolines set into the walkway (near The Standard restaurant) provide ample opportunity for children (and adults) to bounce for free.

As a free alternative to Legoland, the official Lego flagship shop on Vimmelskaftet has plenty of interactive opportunities and some great inspirational building schemes.

Just out of the centre, in Norrebro, Superkilen park is a vibrant example of how exciting free play areas can be – with multicoloured areas to reflect the multicultural neighbourhood, sloped walls, ramps, a climbing octopus and art installations for hiding on/in/around. 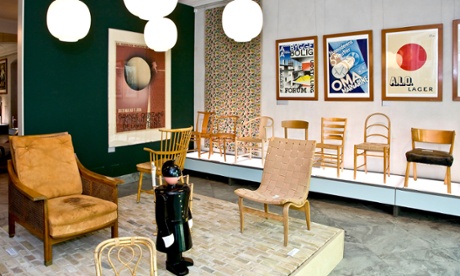 Exhibition at The Danish Museum of Art and Design. Photograph: Alamy

Great Scandinavian design is everywhere in the city but to really geek out over mid-century Danish design, the collection of Jacobsen and Klint furniture at the Danish Museum of Art and Design (also a research library) is worth seeing. Normally, you’d have to pay $A25 to see them but on Sundays entry is free.

For something more contemporary, The Apartment is a concept space (curated by Ilse Crawford) that is part shop, part gallery showcase of beautifully made Danish furniture and homewares. Entry is free, but by appointment only (so prepare to bluff).

Swim With The Locals 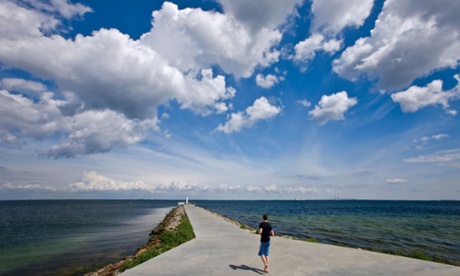 Open from June to September, the wooden pontoons and floating bleachers at Islands Brygge are as good a spot for sunbathing and posing as they are for swimming in the clean harbour water. Other free swimming spots and harbour baths include the Coral Baths at Sluseholmen and the Amager Strandpark, which has nearly five kilometres of beaches, an artificial island and a toddler pool.

Visit your local Flight Centre store or call 131 600 for more advice and the latest deals on travelling to Copenhagen.

This article was written by Emily Mathieson from The Guardian and was legally licensed through the NewsCred publisher network.

Emily Mathieson is travel and lifestyle editor/writer for several publications, covering news, trends and cool places around the world.
more articles from this author