Cruise Your Way To Happiness

Cruise Your Way To Happiness

I do love a cruise. It’s an affection that began in Cabo San Lucas, Mexico, where I awoke one morning after a night spent camped on the beach. Crawling out of my sleeping bag, I saw what was to be my home for the next three months, a 20-metre yacht anchored a short distance offshore.

I’d heard on the backpacking grapevine that it was short of crew so I volunteered and that afternoon sailed for the Marquesas in the South Pacific, a journey of 4,800 kilometres without landfall across the open sea that took 28 days.

I’d never been on anything larger than a tinnie in my life and loved it. I have since cruised on big ships, medium ships, small ships, sailing ships and riverboats and enjoyed them all. 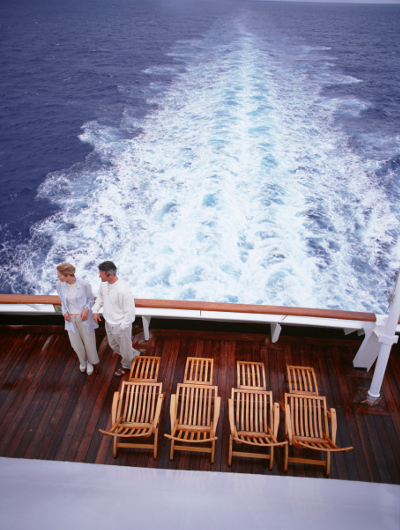 There's still something romantic about a bluewater voyage (images: Getty)

I’m not alone. Cruising is the fastest-growing segment of the travel industry, as increasing numbers of Australians are seduced by the romance of a bluewater sea voyage. It’s not difficult to understand why.

Some Happy Truths About Life Onboard

It’s relatively cheap, given the inclusions; you unpack only once; and the most difficult decision you will have to make is whether to go for the creme caramel or the strawberry cheesecake. If your travel dates are flexible, you can also take advantage of some of the excellent earlybird and last-minute fares offered.

Misconceptions about cruising abound among people who have never ventured forth on anything larger than a cross-river ferry. Some fear they will feel too confined by the ship. If you don‘t get claustrophobic in your local shopping mall, you’ll be fine on a ship. You’re a speck on the sea with 360-degree views of the horizon surrounded by thousands of square kilometres of ocean. Still feel claustrophobic? 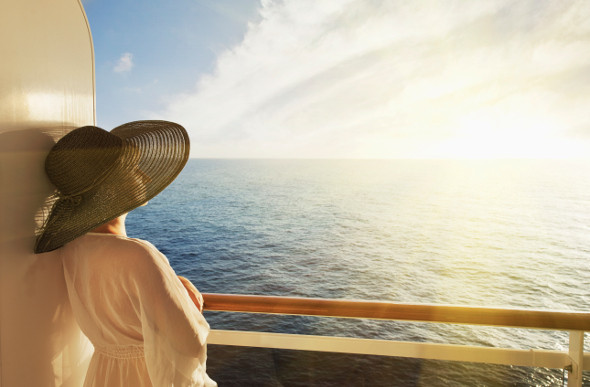 You can always find somewhere to be solitary

Others are afraid they will be forced to dine with strangers. Head waiters will seat you as a couple if that is your wish. You can mix and mingle with your fellow passengers as little or as much as you like. It’s your call. It’s always possible to find a quiet corner on a ship where you can retire with a book and enjoy some solitude.

Will you put on weight? There’s no reason for this to happen. There’s no shortage of healthy dining options on modern ships and they all have gyms but if you eat and drink twice as much as you would normally do, then guess what? You’ll put on weight.

Just Get Back To The Ship On Time

Do you have to take organised shore excursions? You can do whatever you like in port. My preference is to do some online research and then explore a port on my own as I’m not a great one for group tours.

The only thing you have to do is be back on board on time. Will the ship wait for you if you are late and lose track of time? Not for very long.

If you can afford to pay extra for a cabin with a veranda, do so. It will be money well spent. 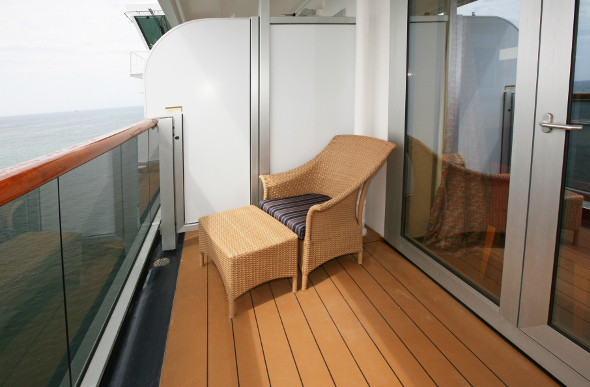 If you can afford it choose a cabin with a veranda

While your fare will cover all meals, most ships these days have restaurants where for a small surcharge of, say, $30 you can enjoy a different dining experience. Do this at least once.

Generally speaking, the smaller the ship, the more exclusive and expensive it is likely to be. I’d like to be able to report that these ships are full of pretentious rich people and not worth considering. Sadly, I can’t, for in my experience my fellow guests on these ships have been exceedingly pleasant.

The staff-to-passenger ratio is smaller and you will find the level of service exceptional. Fares for the 5-star cruises often include all alcoholic beverages and the cuisine excels.

One of my fondest memories is of cruising along the Italian Riviera on a glorious, cloudless day on just such a 5-star ship carrying a mere 112 passengers.

You don't even have to go overseas. Cruising South Australia’s Murray River

Size can and does matter. The Top 30 Largest Cruise Ships – Size Does Matter

Decadence Gets A Guilty Plea

I was stretched out on a sun lounge watching the coastline pass and from time to time a waiter would spray my body with chilled Evian water from pressure pack cans, gently remove my sunglasses from my face, clean the lenses, replace the glasses carefully and refill my wine glass. If decadence is the charge, I plead guilty. In my defence, I was on a travel writing assignment at the time. 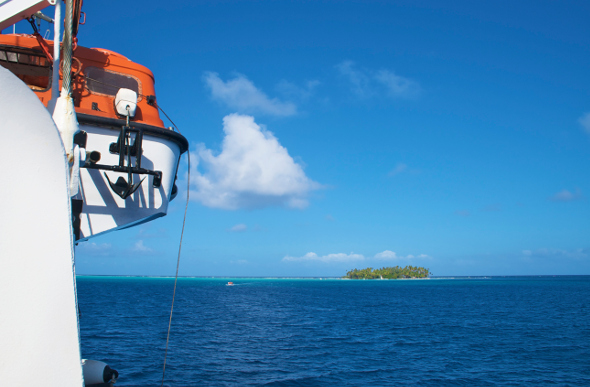 Sailing ships or tall ships are another option and I took one such cruise, which I thought might take me back to those carefree backpacker days in the 1970s. We cruised from Papeete, Tahiti, in a four-masted replica of a clipper ship with 120 passengers.

On one afternoon, I leaned on the ship’s rail with my wife and watched as the swell carried us through the break in the reef and into the lagoon of that earthly paradise called Bora Bora.

"Remember this day," I said, as we took in the green volcanic hills crowned in silk-white cloud and the pale turquoise of the lagoon. "It’s one of life’s moments."

And it was. Happy cruising.

Mike O’Connor is a Brisbane-based travel writer and columnist. He’s travelled widely, mingled with famous people who don’t remember meeting him and loves a free lunch.
more articles from this author