Cultural Manchester: From Home To Wonderland

Cultural Manchester: From Home To Wonderland

"It's amazing what's been achieved," says Danny Boyle, gesturing to his surroundings. "Culture is in everything … even when it's being dismantled by the state." The Oscar-winning director is welcoming journalists to Home, Manchester's new arts centre, of which he is a patron.

Although its glass facade is not dissimilar to that of an office building, or the nearby Arndale shopping centre, inside Home it's a different story. A combination of gallery, theatre and cinema, the centre is pitching itself as an arts hub for the whole of the north-west.

The theatre's next show, Neck of the Woods, runs until July 18. The gallery, meanwhile, is showing its inaugural exhibition, The Heart is Deceitful Above All Things, until July 26, and film comes courtesy of independent cinema Cornerhouse, which closed the doors to its charming but crumbling Oxford Road building this spring and relocated to Home.

The arts centre is one of several recent projects to boost the city's cultural cachet. Manchester Central Library  reopened last year after a multimillion-dollar refurbishment that saw the grand neoclassical building restored to its former glory. 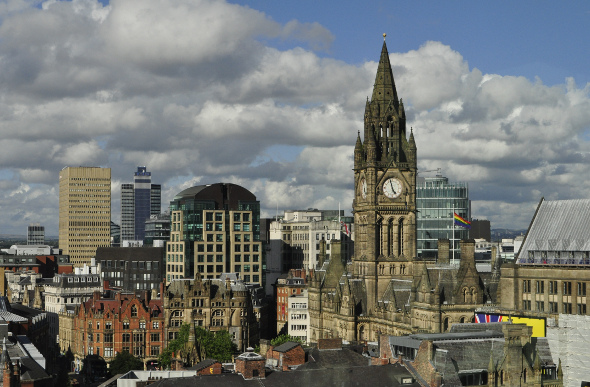 The great city of the north (images: Getty)

However, its collection pales in comparison to that of the John Rylands Library. Its cathedral-like interiors house one of the country's largest collections of rare and early printed texts, including a Gutenberg Bible.

A short journey down Oxford Road takes you to The Whitworth art gallery. As a student, a decade ago, I lived next door, and while a stroll through its dark interiors proved soothing for a hangover, the gallery didn't make the most of its park location.

But it, too, has been transformed, relaunching in February. The 19th Century redbrick facade has gained a modern glass extension, so you can now sip a cuppa overlooking a sea of green.

Getting under way on July 2, the Manchester International Festival has been staging live music, theatre, performance and art, the highlight of which is the Alice-inspired Wonder.land, a musical written by Damon Albarn and Moira Buffini (to July 19).

Yet, Manchester's renaissance isn't all about the arts. The Metrolink tram network is continuing to expand (many of the streets around Piccadilly Gardens are being dug up), a new generation of hotels has arrived, and you'll never be short of fresh places to while away an evening – even if you prefer pints to plays.

Manchester really does have a history. Top Manchester Historical Sites

Need to know where the nightlife is? The Clubber’s Guide To Finding The Best UK Nightlife

It plays to its history with brass fittings, Twenties-style bellboy uniforms, and moneybags as doorstops. The icing on the cake is the seventh-floor Club Brass, with a terrace overlooking the city. Doubles from $A320.

Also new are Hotel Football, which kicked off in March, and King Street Townhouse, which promises the city's first infinity pool. 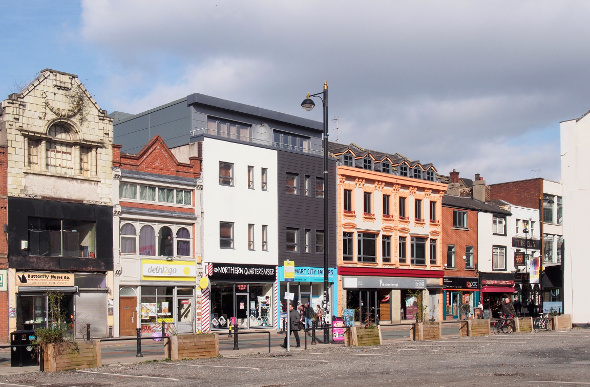 Manchester may be known for its Victorian architecture, but in Castlefield you'll find evidence of its Roman history. The Mamucium is a Roman fort that dates back almost two millennia and was excavated in the 1980s. Today you can see the rebuilt north gate, ramparts and granary foundations.

The Northern Quarter has long been Manchester's alternative heartland, wedged between Piccadilly station and the Arndale centre.

Hold Fast is tucked beneath a hostel. It's supposedly nautically themed, but the vibe is more submarine than tall ship, with industrial lighting, exposed pipes and metro tiles. Behind the bar you'll find a selection of craft beers and cocktails.

Eat, Drink, Spend And Be Happy

For a caffeine hit, try Takk Coffee. Exposed brick walls, Scandi crockery, kitsch ornaments, Instagrammable brunches … they've read the How to Design a Cool Cafe manual, but what sets it apart is the friendly service – and great coffee. 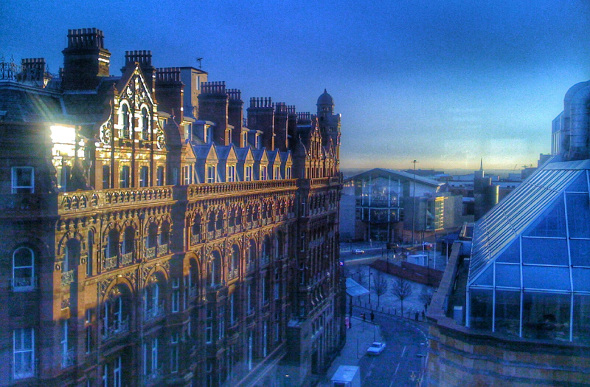 Home Sweet Home serves breakfast, lunch and dinner, but the real reason to visit is the cake counter, piled high with sweet treats in all colours of the rainbow. Try the multi-coloured disco sponge, or red velvet topped with Oreo truffles.

For one-off jewellery, gifts, furniture and more, head to the Manchester Craft and Design Centre on Oak Street. The building, which looks like a miniature Victorian railway station, hosts a number of resident artists and makers, whose designs you can pick up in its boutiques.

Manchester has a thriving, inclusive LGBT scene, and while the bars of buzzing Canal Street make for a good night out on any day of the year, Pride is when the city comes into its own. Manchester Pride's Big Weekend (August 28-31) this year is themed on 'devotion', with performances by Texas, Atomic Kitten, and more. The centrepiece of the festival is the parade (August 29), with its colourful floats and flamboyant fancy dress.

This article was written by Nicola Trup from The Independent and was legally licensed through the NewsCred publisher network.

Nicola Trup is the Deputy Travel Editor at The Independent and an avid traveller.
more articles from this author