While cycling legend Robbie McEwen is best known as a champion road racer, next month he'll turn his attention to mountain biking to support for the first time the Flight Centre Active Travel Cycle Epic. The triple Tour de France green jersey winner has decided to channel his teenage BMX days and is working with Event Organiser Hayden Brooks to design a course as epic as the name implies.

"After spending my professional career in all the big races like the Tour, Giro and Vuelta as well as Olympics and world titles, it's great to be given the opportunity to help promote another form of cycling I am passionate about," said Robbie. 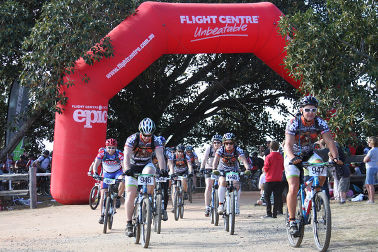 "I encourage everyone to get out with the family for the weekend. This is a great chance to enjoy riding off-road and to challenge yourself. There really is nothing better than a bit of bush bashing. Over the weekend, I'm looking forward to taking my son out to the bush and letting him enjoy a cyclo-cross race and a mountain bike ride. This really is a terrific event for the whole family."

Beginning in 2002 with a group of friends who decided to take on a 117-kilometre trail ride, the Epic has grown over the past decade to become an award-winning mountain bike weekend festival that now attracts almost 2,000 riders and includes a range of cycling activities from Spicers Hidden Vale.

For Hayden, who participated in 2006 and 2007 and has organised Epic since 2008, the most rewarding part of the weekend is seeing 250 plus keen kids line up for the start on Saturday afternoon and hearing the cheer from the crowd as they cross the finish line.

"Cycling through the scenic terrain near Spicers Hidden Vale, a former rural homestead that's now a country getaway, is great because there is 12,000 acres of freedom. We've developed the single track network over the past five years. We now have 40-kilometres of purpose-built single track that includes wooden features and a skills park. It's a fun weekend in the bush with friends and family," said Hayden.

"In preparation for the cycle, I would encourage entrants to use these next few weeks to prepare, make sure your bike is in good condition on the day, ride safely and be aware of your surroundings and fellow competitors." 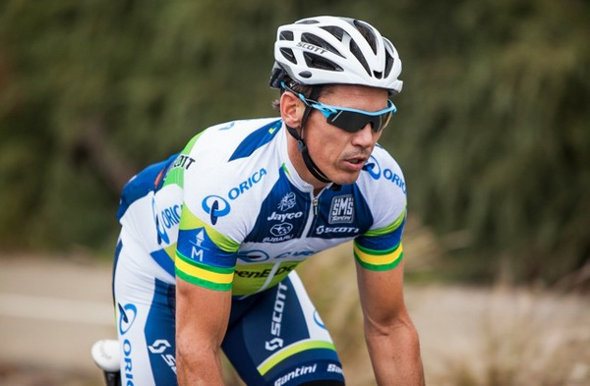 "My advice to participants is to make sure your bike is ready for the challenge even if your body isn't! Get the bike checked and tuned, bring spare tyres and know how to make small running repairs. It's much nicer to ride than to carry your bike. And, for a long day of mountain biking – I recommend bringing chamois cream," said Robbie. 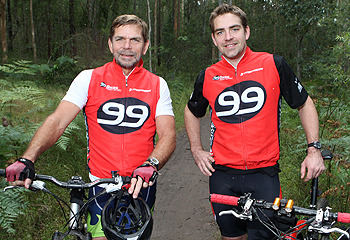 "To prepare for the various races, I would urge cyclists to take regular rides in the lead up to the big weekend and go out and test any new equipment before you turn up on the day. For at least once a week, go on a training effort similar in duration and intensity to what you can expect at the Epic."

As Activities Director for the beautiful Spicers property located around 80-kilometres inland from Brisbane, Hayden is quick to point out that these trails are available for cyclists to enjoy year round. In addition to Epic, Spicers also hosts several other cycle-based events including the Christmas-themed 3plus3 mountain biking extravaganza and next Easter, enthusiasts might like to sign up for the KONA Hidden Vale 24HR, a solo, team relay and kids mountain biking event that begins at midday on the Saturday and finishes 24-hours later on the Sunday.

Given the opportunity to chat with Robbie, Flight Centre couldn't resist asking him where his favourite places to cycle locally and internationally. Overseas, Robbie nominated the scenery around Annecy in France as being particularly beautiful with Lake Annecy and the nearby mountains.

"In Australia, I'd have to say the Gold Coast - both along the beaches and in the hinterland. It's warm and sunny with many contrasting landscapes in such a small area. I can start at the beach, ride across the coastal flats, then through bushland before hitting the rainforest in the mountains. After just 54 kilometres of riding I can be at 1000-metres above sea level and the views are incredible."

The Flight Centre Active Travel Cycle is on September 14 – 15 at Spicers Hidden Vale, Grandchester. For more information and registration visit the Epic website.