One Size Fits All In The USA

One Size Fits All In The USA

One size fits all when it comes to holidays in the land of the free and the home of the brave. You want a pants-stretching food tour? Some rock’n’roll revelry? A road-trip steeped in history?

Not a problem – your USA holiday provides endless experiences, culture and sights. 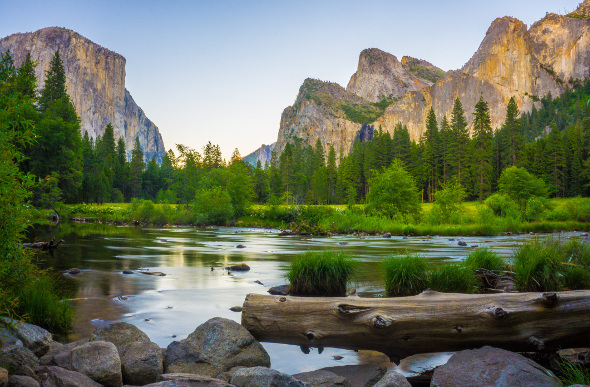 America's incredible outdoor landscape might reach its climax at Yosemite, but there are plenty more national parks vying for the crown (Image: Getty)

While the coast stretches all the way from Seattle to San Diego, there’s one state that dominates the West of the United States: California.

Although Portland and Seattle in the north bring plenty to the table, many travellers choose to base their US holiday wholly and solely in the 'Golden State' – and it’s easy to see why.

Kicking off your Cali adventure, you might choose to journey from the renowned Napa Valley wine region near capital city Sacramento, inland to Lake Tahoe and Yosemite National Park.

Whatever the season, Yosemite is a spectacular natural playground – hike, raft, ski or simply walk around in awe of Yosemite’s pine-dappled peaks and deep, ancient valleys.

Back on the coast, you’ll definitely want to visit the cradle of innovation, San Francisco, where good times are a given. From pastel-painted rows of abodes to blazing red bridges, San Fran is a visual delight. And hey, if you do leave your heart there, you’ll just have to make a return journey!

This ever-evolving city is always leading the charge for the latest trend, whether it’s food trucks or Apple widgets, promising innovation is around every corner. But of course, no city epitomises West Coast glory quite like Los Angeles. 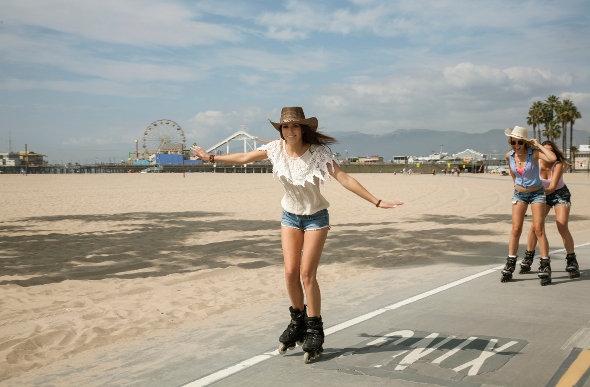 Don some rollerblades in Santa Monica to explore the coast in style (Image: Getty)

Sprawling, scintillating LA – the City of Angels – is anything but a wallflower. Beach communities such as Santa Monica defy winter’s grasp, perpetually bikini-clad and rollerblading from one summer to the next.

Home of the rich, famous and aspiring, Beverly Hills has a slew of star-studded mansions and equally famous shopping streets – Rodeo Drive for brunch, anyone?

While the sparkle of tinsel town is hard to beat, around four hours’ drive inland you’ll be rubbing your eyes in disbelief as you cruise down The Strip.

An oasis of neon in the heart of Nevada’s arid plains, Las Vegas is an assault on the senses in the best kind of way. The ringing of slot machines, the raucous applause for big-name show-stoppers, the blaze of signage that lines the streets; only Vegas can make nightlife a 24-hour attraction.

There are coast-to-coast flights around the clock, but don’t be fooled into thinking you can tackle both East and West on one short holiday.

LA to New York is about a 5.5-hour flight, plus the three-hour time difference. Unfortunately, if time is of the essence, you might have to limit yourself to just one chunk of the grand United States ... this time.

But which coast best suits your travel style? Sure, the West has its balmy climes, Hollywood-fuelled cities, incredible coastal drives and a plethora of surf towns, but what about the East?

Rubbing up against Canada in the north trailing all the way down to Spring-break central Florida, the East coast is a diverse region that beckons discovery.

If you don’t get stuck in the sweet Maple Country of New Hampshire and can tear yourself away from the snowy slopes of Vermont, there’s a pretty well-known city you’ll want to work into your itinerary by any means necessary: New York, New York.

New York City has it all: arresting architecture, world-class galleries and museums, classic cuisine, the next foodie fad, department stores you can lose yourself in for hours on end; the list goes on.

The metropolis of NYC is not just any other city – it’s intricate, secretive and highly addictive. Once you take a bite of 'the Big Apple', you’re going to want to whittle it away right down to the core.

Outside New York’s city limits, the East Coast continues on to include the capital charms of the big city itself – Washington DC.

Much more than a pointy monument and a lightly painted house, Washington DC is a destination for visitors who are happy to spend their days tracing the foundations of American history at the city’s many free cultural haunts.

Further still down the line, we come to one of the States’ best-known holiday hotspots: the fabulous state of Florida.

Whether it’s the theme parks of Orlando, the glorious offshore bliss of the Florida Keys or the sultry Cuban sway of Miami, the Sunshine State is well rehearsed in keeping its guests entertained.

To spy a trendier side of Miami, head to South Beach to soak up the art-deco facades and enjoy a spot of people watching at a beachfront cafe, just like the locals do. 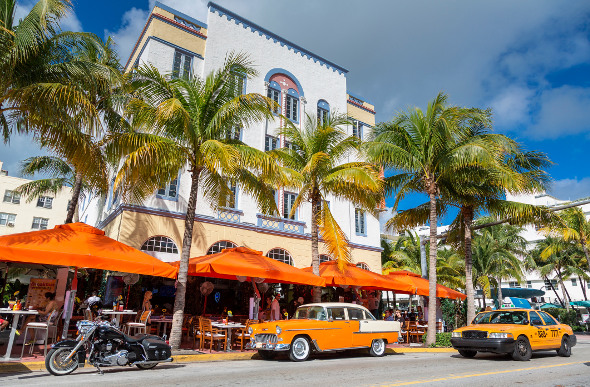 Middle Of The Road

The edges of the US of A are mighty inviting, but don’t forget to explore the inland to get to the true heart of America.

The mighty Midwest is too often known as ‘flyover country’, but those who do make the effort are rewarded with the big city attractions of Chicago and the musical stylings of Cleveland, St Louis and Kansas City.

‘The South’ is a big draw for many foreigners, where the pace of life is as slow as the local drawl. Big-hitting Texas isn’t shy of impressive hubs like Dallas, Houston and Austin, while neighbouring Louisiana is home to the cultural epicentre that is New Orleans.

French-infused with sounds of jazz ringing through its streets, New Orleans is forever in party mode. Plus, there’s the food: barbecue, cornbread, grits, black-eyed peas and hushpuppies are all Southern staples, best washed down with a mint julep, of course.

One thing’s for sure: you’re going to want to pace yourself if you’re ready to discover America, gumbo and all.