Touring Europe brings to mind beautiful big cities like Paris and Vienna, historically significant centres like Amsterdam and Avignon and the picturesque rolling valleys in between. Cruising with APT offers the best of it all, and more. Outside of the big tourist centres, there are endless villages and regions that have important monuments and beautiful medieval city centres not to miss. In fact these ports of call are often the highlights of the whole journey. 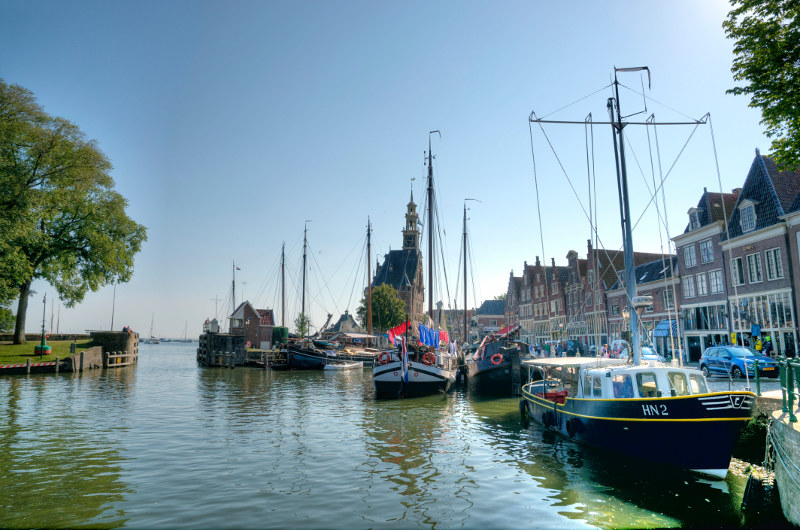 The Hoorn harbour was once a base for the Dutch East India Trading company.

With a population of just over 70,000 people, Hoorn is a small, traditional town north east of Amsterdam. On the banks of the Ijsselmeer Lake and a former Dutch East India Company base, Hoorn’s charming city centre is an eclectic blend of modern and historical architecture. Home to a number of excellent museums, diverse boutique shopping and a working harbour, Hoorn is a highly underrated, exceptionally beautiful detour out of Amsterdam. 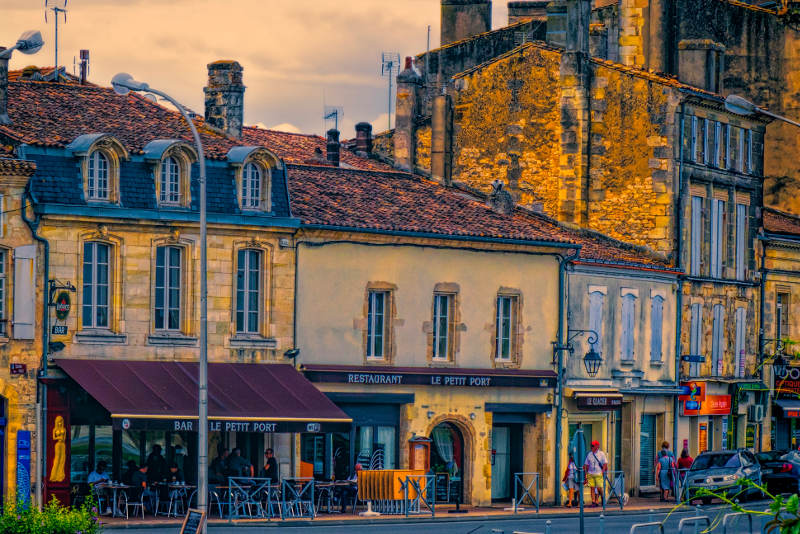 The quaint village of Blaye surrounds its historic citadel.

While most visitors to the Bordeaux region look forward to exploring the medieval town of Saint Emilion, the equally as intriguing Blaye is often overlooked. A village of just 4,700 residents, the  historic citadel at its centre, a UNESCO world heritage site, is the main attraction. Constructed between 1685 and 1689, the citadel is now home to an archaeological museum and a history museum, charting the significance of the village through medieval times. The farmland around Blaye also produces some of the best Bordeaux wine, well worth a pause for. 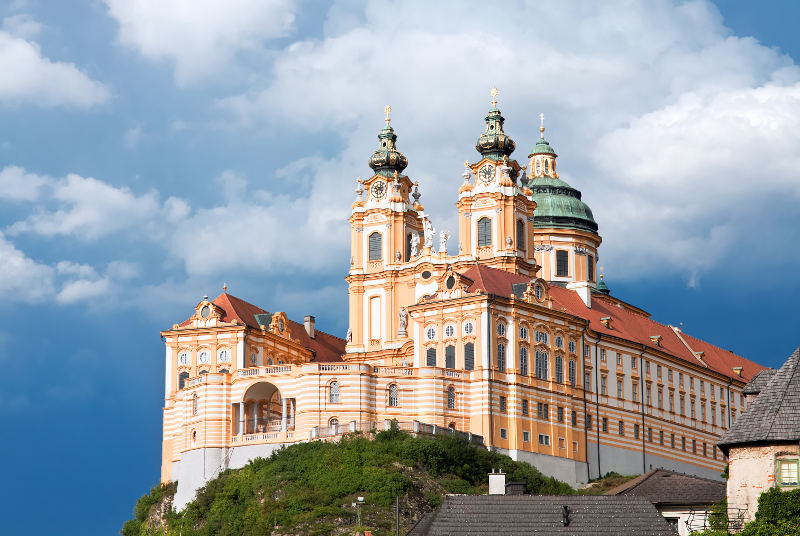 The impressive Melk Abbey towers over the tiny village below.

West of Vienna on the River Danube, Melk’s claim to fame is its 11th century abbey. A vast monastery that towers above the tiny town of just over 5,000 people, its various buildings are laid out around landscaped courtyards and gardens. Highlights include the vast abbey church, massive library houses with medieval manuscripts and the Marmosaal, a Baroque hall with incredible ceiling fresco and red marble walls. The old town below the abbey is full of picturesque streets, lined with shops, cafes and pubs. 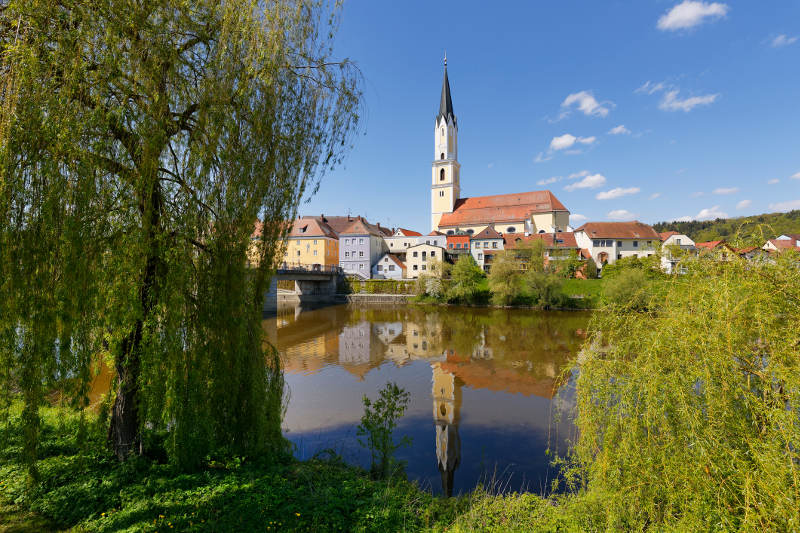 Vilshofen is known at the Little Town of Three Rivers' thanks to its position on the Vils, Wolfach and Danube rivers.

Nicknamed ‘Little Town of Three Rivers’ after Passau, the Town of Three Rivers, Vilshofen is located at the edge of the Bavarian Forest where the Vils and Wolfach join the Danube.  Explore the town’s eventful history on a walking tour through the old town, passing various medieval churches, the Knight Tuschl Fountain and various sculptures of note. The imposing Schweiklberg Benedictine Abbey, with two Art Nouveau towers, is a highlight, overlooking the town on the hill above.

This quaint village on the banks of the Danube might be small today, but is of great historic significance. Mohac was first the site of the epic battle between Hungarians and Ottomans in 1526, then again in 1687 when the Hungarians and allies of the Habsburg Empire won the fight against the Ottomans. Today, it is a destination not just for history lovers, but is a hub fir eco-tourism activities like kayaking, biking and hiking in the nearby Duna-Drava National Park. 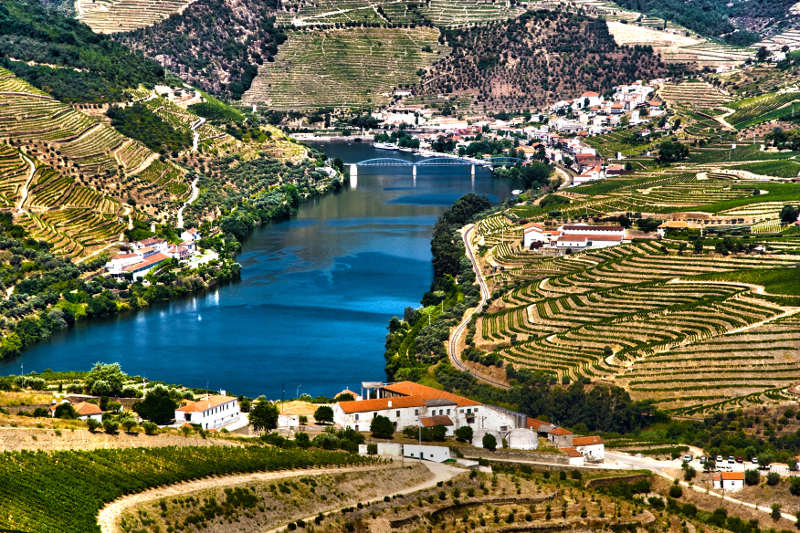 Pinhao is a picturesque village int he port-producing Duoro valley.

Perched on a bend of the River Duoro, Pinhao is surrounded by terraces hills that produce some of the world’s best port. The town itself is beautiful, but the drawcard is most certainly in the surrounding vineyards, which also produce excellent table wines and good restaurants are not difficult to come by either. This is also a popular destination for walking and exploring the countryside.

Between the unmissable stops of Avignon and Lyon, Vienne is worth a stop for its historical significance. A long and prestigious history means Vienne is home to a number of monuments of merit. The Temple d’Auguste et de Livie, in the original city forum dates back to 20 BC, the Roman amphitheatre, dating back to 40 AD, is one of the largest remaining Roman amphitheatres and a obelisk of Roman origins was once at the heart of a Roman circus in the town. Combine all of this with beautiful medieval houses in the city centre and Vienne is certainly worth a look in.