A total of 10 attractions and eateries will face the chopping block at Disneyland in Anaheim, California to make way for the new Star Wars-themed space. 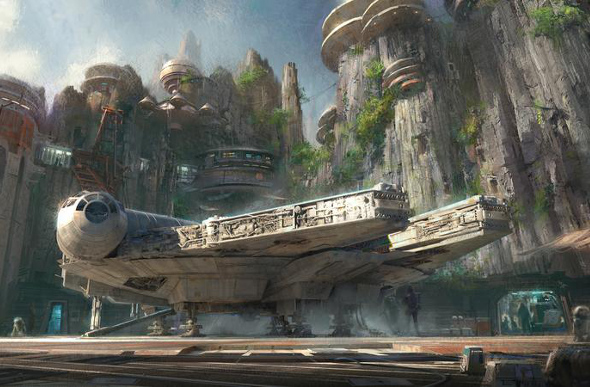 How the new star attraction will look

At a fan club expo back in August, Walt Disney Company chairman and CEO Bob Iger announced plans to build Star Wars-themed lands at the Anaheim and Orlando parks.

At 5.6 hectares, the space will mark the largest single themed land expansion at both sites and include everything from a replica of the Millennium Falcon, a simulated battle experience and a never-before-seen planet in a galaxy far, far away.

Two days in the world's happiest place. How To Spend 48 Hours At Disneyland

To accommodate the new theme park, other attractions on the Rivers of America - namely Fantasmic, the Mark Twain Riverboat, the Sailing Ship Columbia, the Pirate's Lair on Tom Sawyer Island, the Disneyland Railroad and the Davy Crockett Explorer Canoes - will also close temporarily.

In total, 14 per cent of Disneyland's attractions will be closed temporarily or permanently.

The closures could ruffle a few visitor feathers, however, given that Disney increased the price of their annual passes by as much as 31 per cent, notes the LA Times. 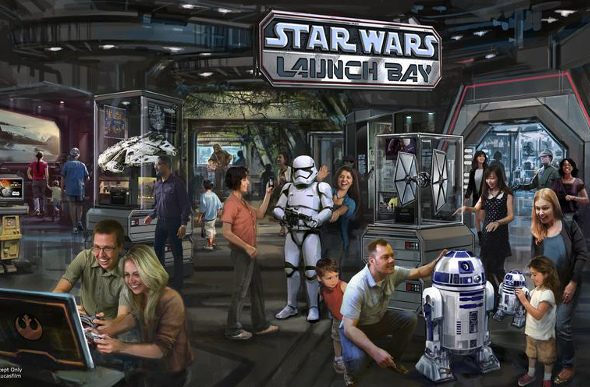 This is what you'll discover at the interactive launch bay

Meanwhile, to fete the release of Star Wars: The Force Awakens, Disneyland Resort opened the Star Wars Season of the Force, a temporary, interactive space that includes a Launch Bay with video games, life-sized replicas of iconic artefacts and memorabilia; a rejigged Space Mountain that simulates a battle between Rebel X-wings and Imperial TIE fighters; and 3D tours of different Star Wars planets and destinations.

The Star Wars Season of the Force will serve as a taste of what's to come when the new permanent attraction opens.

An opening date has not been announced.

Visit your local Flight Centre store or call 131 600 for more advice and the latest deals on travelling to Anaheim.