Downton Abbey may be leaving our screens forever this year but pilgrimages to the series’ magnificent setting at Highclere Castle, in Hampshire, England, are likely to remain popular.

The latest comes in the form of a small, luxury river cruise along the Thames from Hampton Court to Oxford, operated by Barge Lady Cruises.

The seven-day cruise includes a trip to the seat of the aristocratic Crawley family (real life seat of the Earl of Carnarvon), where passengers can explore the sprawling, 2,020-hectare estate and stunning Jacobethan house. 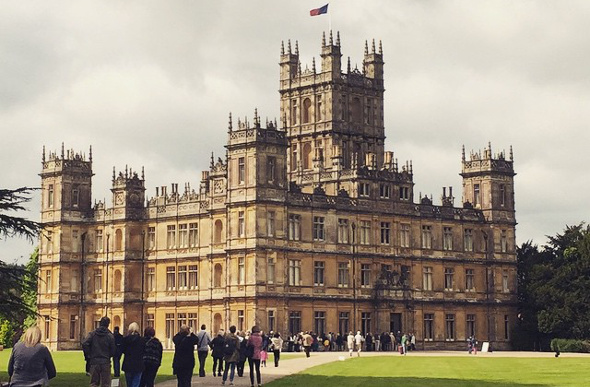 The cruise calls at several other noteworthy destinations on the river, including Runnymede, where King John signed the Magna Carta; Cliveden, where the infamous Profumo Affair took place; and the royal residence of Windsor Castle.

There are also trips to Hampton Court Palace, which may appeal to admirers of the BBC’s adaptation of Wolf Hall, and a guided tour of Christ Church, Oxford, one of the grandest of the university’s colleges and, incidentally, a filming location for the Harry Potter films.

As cruises go, it’s a pretty small affair: Magna Carta, the barge on which the trip takes place, is just 117 feet (37 metres) long and has capacity for only eight guests. Nevertheless, all four guest cabins have en suites, while the barge itself has its very own hot tub.

Get your teeth into another period drama: Move Over Downton Abbey, Arise Wolf Hall

Can't get enough of castles? The Royal Treatment

Barge Lady Cruises is not the only cruise company to offer excursions to the Downton Abbey set. Last year, Viking River Cruises added a Highclere and Oxford extension to two of its cruises, allowing passengers to sip Champagne in the grand dining hall before embarking on a tour of the house.

Visitors looking for more than a whistle-stop tour can now stay in the Highclere grounds at London Lodge – an 18th Century gatehouse that was converted into two guest houses last year.

Visit your local Flight Centre or call 131 600 for more advice and the latest deals on travelling to England.

This article was written by Tom Mulvihill from The Daily Telegraph and was legally licensed through the NewsCred publisher network.

Tom Mulvihill is a journalist at the Daily Telegraph currently writing on such matters as food, drink, property, travel and gardening.
more articles from this author