13 Places That Prove Earth Is Cooler Than Mars

13 Places That Prove Earth Is Cooler Than Mars

For a long time Mars had been considered a barren planet, leaving many to doubt its ability to sustain life.

However, recent findings by researchers now show an existence of water during the summer months.

This has led to a rise in confidence amongst experts that we'll one day be able to inhabit the planet.

Quell your excitable jittering. No amount of water will speed up commercial interplanetary travel enough for it to be a reality during our lifetimes.

But who needs Mars when you've still got these 13 incredible destinations around Earth to tick off. 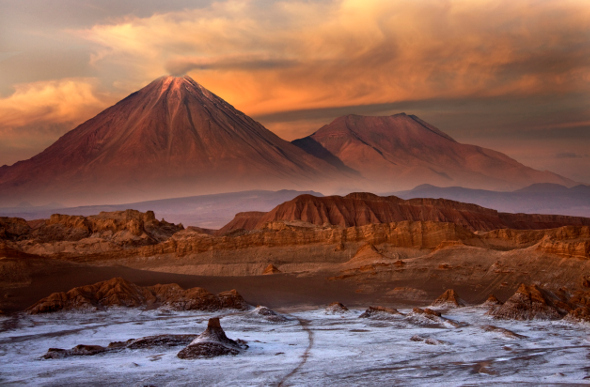 If you've lost your travelling heart to Mars, give your lovelorn a little reprieve with a visit to Chile's Atacama Desert.

This vast expanse of undulating red earth is one our planet's Mars lookalikes, complete with foreboding formations (Valley of Death) and local wildlife. 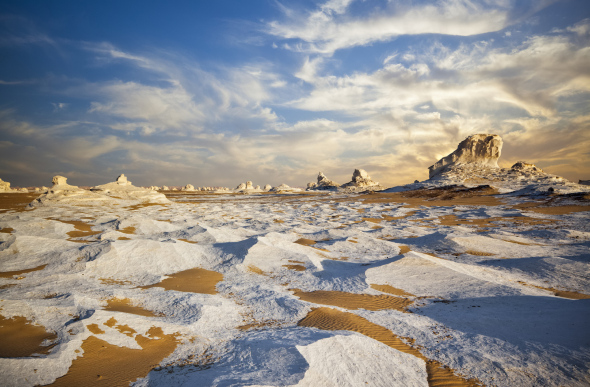 So you've been to the desert, but you haven't experienced the White Desert in Egypt.

Spotted with snow-white chalk rock formations, the desert varies in colour, but there are numerous areas where you're completely surrounded by white. 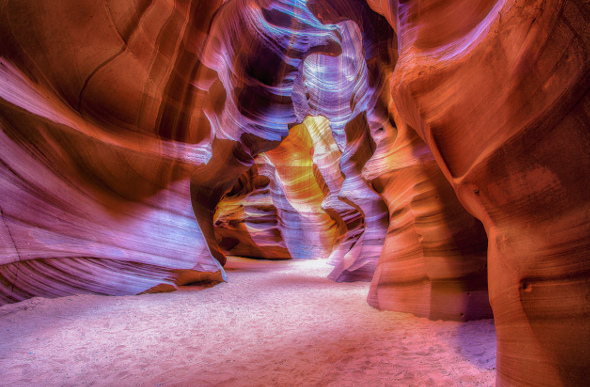 Antelope Canyon is actually two slot canyon sections, both equally breathtaking, in Arizona. Light beams from the sun bring out vibrant colours in the canyon walls, best seen during the summer months (hey, just like swimming on Mars). 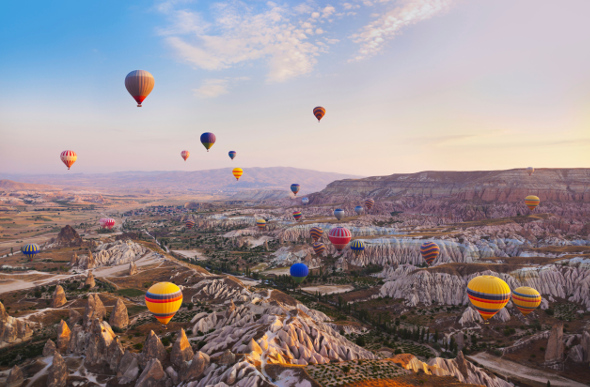 Arguably one of the most recognisable images in the travel world, Cappadocia is blessed with one of those mesmerising landscapes best seen from the sky.

This has led to rise in hot-air ballooning, resulting in beautifully coloured and intricate moments. It's safe to say nature and man complement each other here. 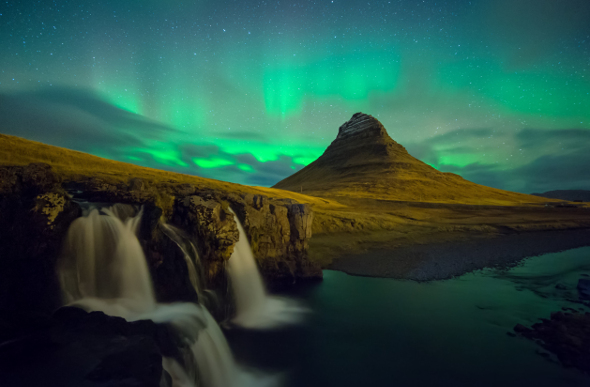 On its own Snaefellsnes Peninsula in Iceland is an adventurous wonderland of beaches, waterfalls, caves, glaciers, sulphur lava fields and a 1,446-metre volcano.

Now add in sightings of the aurora borealis (Northern Lights) between November and March and we've found a place few people could ever forget. 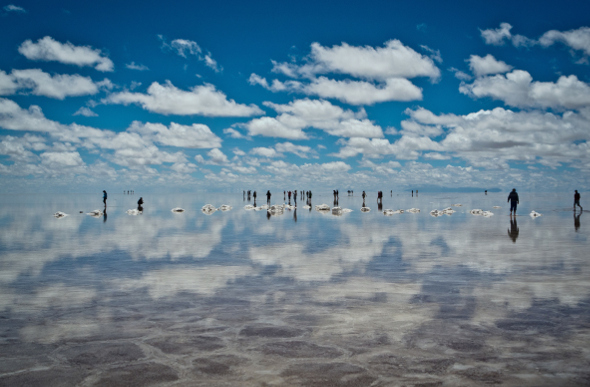 The world's largest salt flat, walking along the Salar de Uyuni is almost akin to walking on top of a mirror. Keep an eye out for the occasional pink flamingo.

Always travel with your bike? World's Most Epic Cycling Destinations 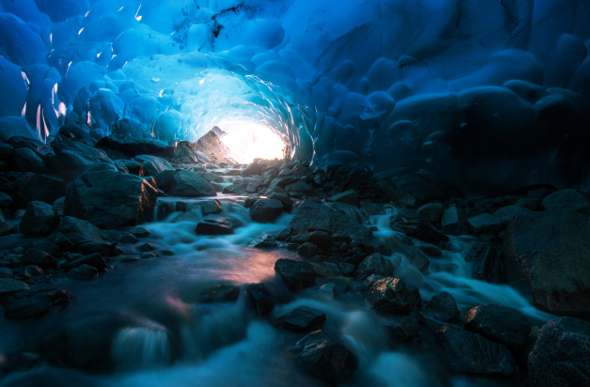 One of the world's better known glaciers, Alaska's Mendenhall is a 20-kilometre expanse of crystalline ice. Some glacier caves can be entered, which is very much like discovering a whole new world. 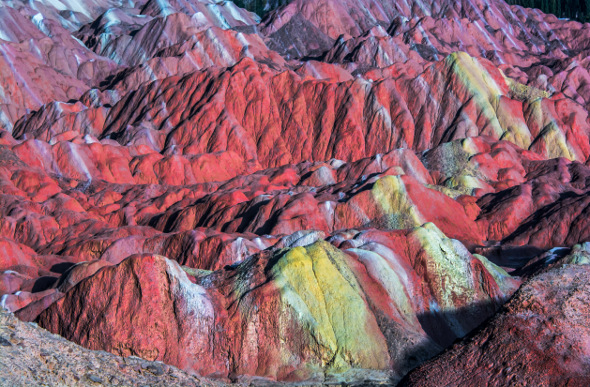 Earth, you're making it too easy on photographers and painters. Unless the latter are short on paint.

You'd need a lot of colours to capture this unique collection of rock formations voted one of the most beautiful in China. 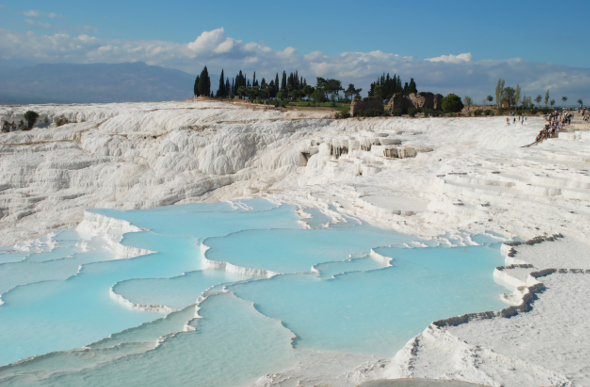 The Turkish translation for Pamukkale, 'cotton castle', is the perfect description of this unique destination.

Made up of numerous mineral hot springs, Pamukkale is a combination of crystal whites and bright blues. It gets even better once you hop in one of the pools. 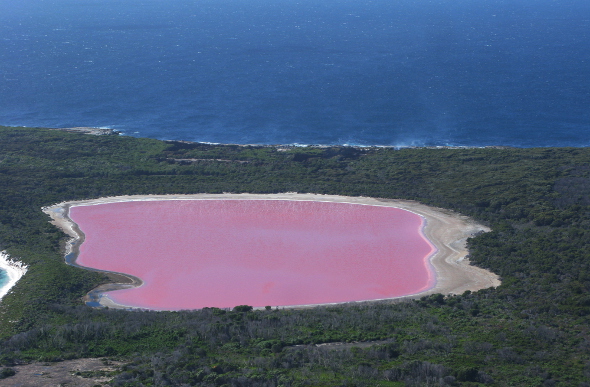 Australia hasn't been skipped out. Head to Western Australia to swim in a giant bowl of strawberry milk: Lake Hillier. 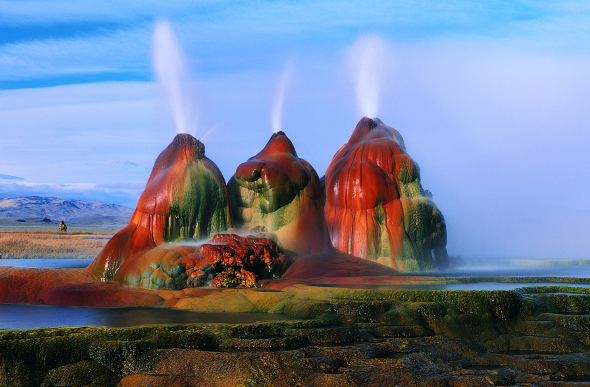 Now this one is weird. The Fly Geyser in America is too fantastical to be a product of nature and is actually slightly man-made, accidentally created from well drilling. Still, mother nature did play a part in this radical water spout. 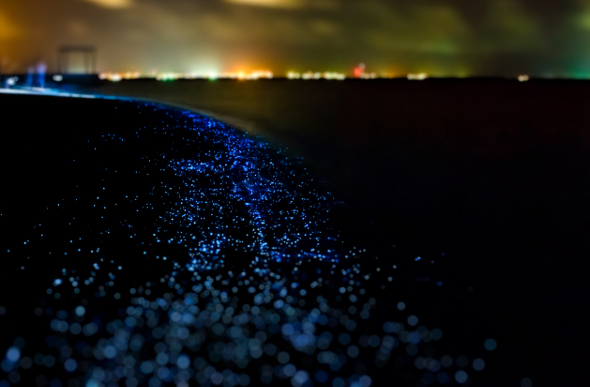 A relatively unknown island in the Maldives, Vaadhoo is pretty much famous purely for its Sea of Stars. This unique bioluminescence is caused by algae in the water. 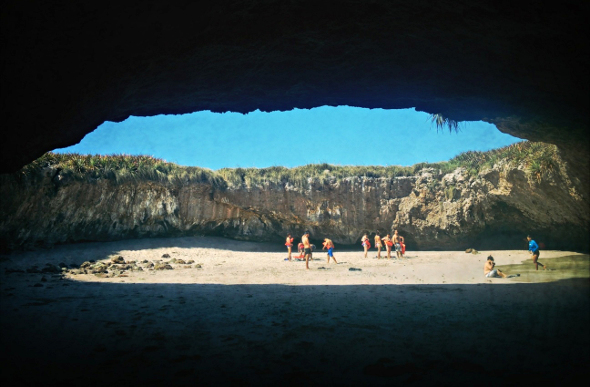 Created during bombing practice by Mexico's government, Hidden Beach has become a secluded and sought-after coastal paradise in Puerto Vallarta.