The Malaysian state of Sabah sits on the northern tip of Borneo. It’s an island rich in biodiversity, and it’s this biodiversity that attracts so many visitors to Sabah, but it’s now more endangered than ever before.

But these creatures are rapidly losing habitat, which is being taken over at a rapid pace by our appetite for Palm Oil. 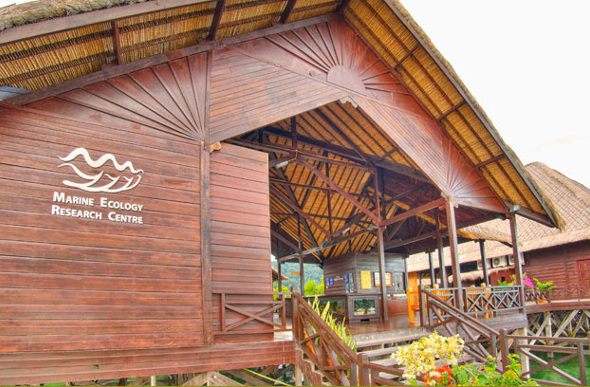 Sabah is also home to some of world’s best snorkelling and diving. The Sipadan Barrier Reef, on Sabah’s east coast, is the largest barrier reef in South East Asia, and boasts the highest marine biodiversity on the planet. Over 2000 species of fish have been identified here.

But current levels and methods of fishing in this region are not sustainable. Large parts of the reefs have fallen victim to dynamite fishing and enormous numbers of sharks have been harvested to satisfy the world’s appetite for shark fin soup.

It’s not all bad news though. In Malaysia tourism is fighting back. Most of the tourism operators in Sabah are very environmentally aware, and are at the forefront of initiatives to conserve it. Here are a few of the best.

The orangutan sanctuary at Shangri-La’s Rasa Ria Resort is well known, as is the Sepilok Orangutan Rehabilitation Centre which the resort also assists.

These sanctuaries play an important role in highlighting the plight of these adorable creatures, our closest primate relatives, and contribute to fund-raising efforts. 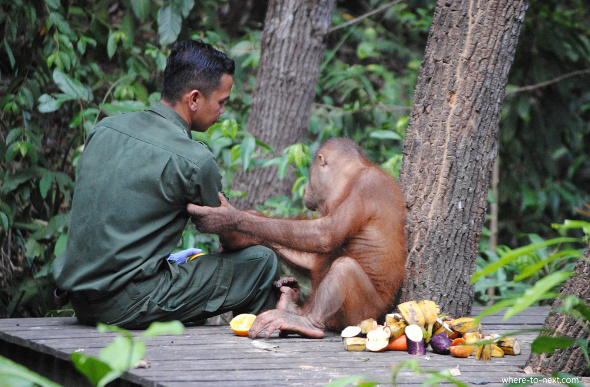 The sanctuary was opened in 1996 and works together with the Sepilok Orangutan sanctuary over in Sandakan and Sabah Wildlife, to help raise and rehabilitate orphaned orangutans.

Orangutans are solitary creatures, and young are raised by their mothers for at least 7-8 years before they are able to take care of themselves. These orphans need to be taught the basics of orangutan life, like how to climb and forage for food.

The sanctuary is about 26 hectares, larger than the resort itself and as well as the (current) two orangutan residents, it’s full of cheeky macaques, small Asiatic deer, monitor lizards, the odd venomous viper and all sorts of birdlife. If you’re lucky you might also spot a slow loris or a bintarong. 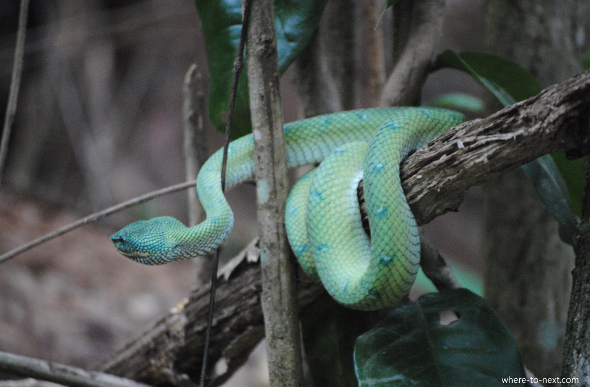 Another resident of the sanctuary (Image: Deborah Dickson-Smith)

Visit the animals in the wild. Spotting Wildlife on Sabah’s Sungai Kinabatangan

Make the most of two days in Sabah. Borneo To Be Wild

The resort’s resident marine biologist oversees the project, and guests are able to take part in guided snorkelling tours and coral planting. The program includes an educational class for local schools and communities, with the long-term aim of protecting the fragile reef environment.

Gayana Eco Resort and sister property Bunga Raya Island Resort & Spa, are both situated on the island of Gaya off the coast of Kota Kinabalu, inside Tunku Abdul Rahman Marine Park.

The area surrounding the island is home to seven (of a total eight in the world) species of giant clams, which have been spared from extinction thanks largely to the resort’s Giant Clam Restocking Program. 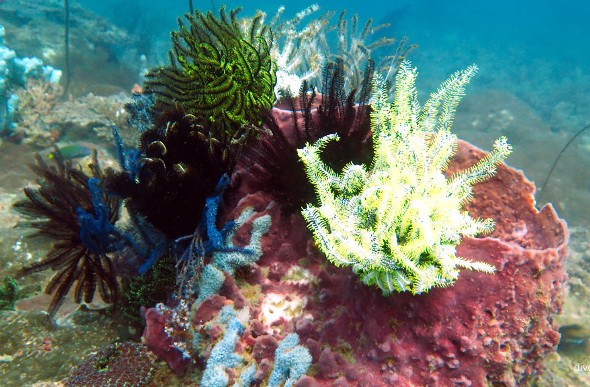 Guests at both resorts can learn about the resort’s conservation efforts at its Marine Ecology Research Centre, visit gestating sea horses in the maternity unit, or visit rescued and recuperating turtles and bamboo sharks in its sanctuary.

The resorts contribute in other ways such as the Adopt a Coral program, in which guests can choose a fragment of coral to plant.

The philosophy at the Research Centre is that by directly involving guests in conservation work will instill a greater sense of responsibility and ownership in caring for the environment and that through positive engagement they can convince visitors how delicate the coral ecosystem is, and that everyone can play a role in marine conservation.

Visit your local Flight Centre store or call 131 600 for more advice and the latest deals on travelling to Sabah.