Sandwiched between Nicaragua and Panama in the heart of Central America is the burgeoning tourist destination of Costa Rica.

With its pleasant climate, high standard of living and abundant wildlife, Costa Rica has been quick to capitalise on its natural resources.

This slender nation is now one of the world's leading ecotourism exponents and millions of visitors touch down on its verdant shores each year. Boasting beautiful beaches and some of Central America's finest national parks, it's little wonder Costa Rica is becoming a must-see destination.

To the north of Costa Rica's cosmopolitan capital San Jose and situated high in the Cordillera de Tilaran mountain range, the Reserva Biologica Bosque Nuboso Monteverde or 'Monteverde Cloud Forest Reserve' is one of the country's most visited ecotourism destinations. 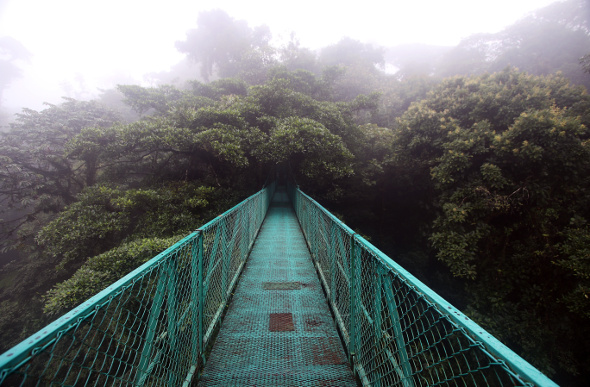 Renowned for the spectacular biodiversity of the flora and fauna within, this 10,522-hectare tropical rainforest reserve is home to over 2,500 species of plant and more than a thousand different animals, making it an ideal place to spot some of Costa Rica's unique wildlife in their natural environment.

A boot-shaped mass jutting far into the Pacific Ocean, the Osa Peninsula's stunning array of wildlife benefits from the region's relative isolation to the rest of Costa Rica.

That makes it the perfect destination for ecotourists, many of whom make their temporary home the Lapa Rios Eco Lodge and Wildlife Reserve. 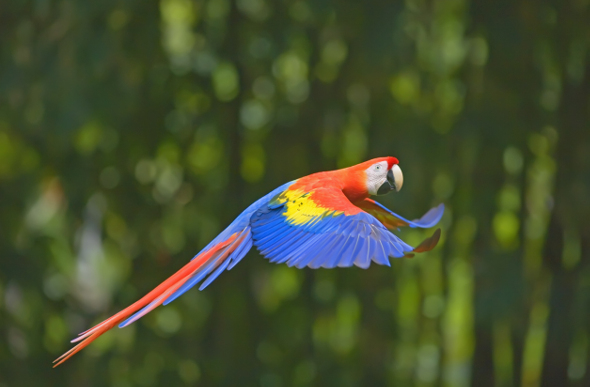 Nestled against the fringe of the Corcovado National Park – widely considered Costa Rica's finest – it is from here you can venture deep into the heart of the dense rainforest to see caimans and crocodiles, tapirs, monkeys and some of the last remaining populations of Central America's big cats.

The heavily populated Central Pacific region is also one of Costa Rica's most visited destinations. Fringed by golden beaches and boasting a rugged rainforest interior, it's not hard to see why ecotourism lodges are springing up throughout the region. 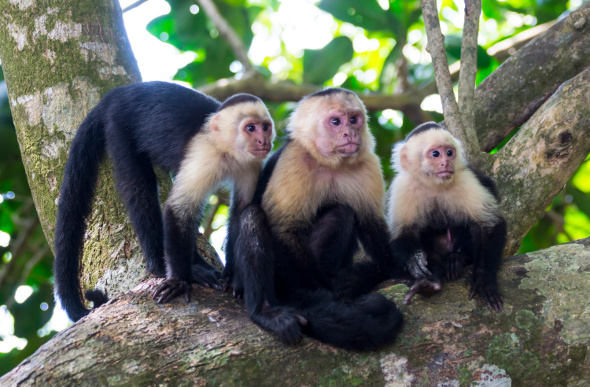 One of the most lavish is the luxury Arenas del Mar, located just a stone's throw from Espadilla and Biesanz beaches despite being surrounded by thick rainforest.

Immerse yourself in Costa Rica's lush tropical surrounds and indulge in a spot of surfing, kayaking or whitewater rafting, before retiring to the 5-star luxury of your very own eco-lodge.