Ask visitors to name Edinburgh's most popular tourist attraction and chances are they'll suggest Edinburgh Castle. At the very least, names such as Holyrood Palace, the Princes Street Gardens and Calton Hill will feature close to the top of most lists. Yet Edinburgh's most visited attraction is not actually a site, it's an event – the enduringly popular Edinburgh Festival.

Technically speaking, the Edinburgh Festival is not one event but many – with two festivals in particular taking much of the limelight. The original is the Edinburgh International Festival, which features classical and contemporary theatre and a variety of music and dance performances. Meanwhile, the ostensibly concurrent Edinburgh Fringe Festival is now the world's largest arts festival of any kind, attracting thousands of visitors and millions of pounds in revenue each year. 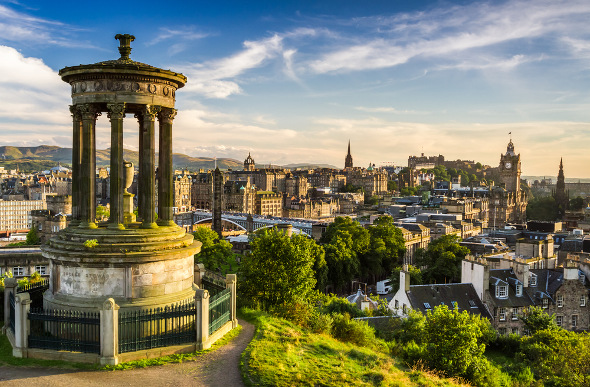 Edinburgh in the summer sunlight

August 8 marks the opening day of the 2014 Edinburgh International Festival – an event held continuously in the Scottish capital since 1947. Boasting a calendar replete with classical music, visual art exhibitions, dance performances, workshops and lectures, the festival has long been at the vanguard of European cultural expression since its wildly successful inception.

Viewed as a means of returning cultural pursuits to everyday life in the wake of World War Two, the festival quickly proved a hit. Utilising the dramatic backdrop of Edinburgh to full effect, today the festival's venues include the sizeable Edinburgh Playhouse, Usher Hall and its iconic home base – The Hub – housed in a towering converted church recognised as one of the symbols of the city.

Like yin to the Edinburgh International Festival's yang, the Edinburgh Fringe Festival is as much a cultural institution as the high-brow official counterpart which spawned it. Conceived as an ad hoc alternative to the original festival in 1947, today 'the Fringe' – as it's popularly known – is the world's largest arts festival, attracting millions of spectators to a dizzyingly diverse array of events.

The numbers speak for themselves; thousands of performances take place during the Fringe's near-month-long run, with countless performers producing everything from one-person shows to full-blown Shakespearean productions. Live comedy is particularly popular, with many of the world's best-known comedians playing to packed houses during a run at the Fringe. 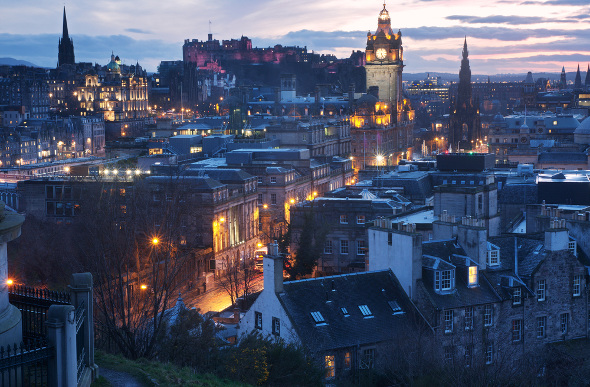 Dusk descends on this atmospheric city

Such was the early success of the two original festivals that additional events soon began to spring up. The Edinburgh Military Tattoo, held in conjunction with the Edinburgh International Festival since 1950, is a spectacular series of military performances which take place on the Edinburgh Castle esplanade, to the delight of thousands of spectators each year.

Several similarly high-profile festivals have since been added to the calendar, including the Edinburgh International Book Festival and the increasingly popular Edinburgh Free Fringe – a component of the Fringe designed to showcase a wide variety of performances free of charge.

"It seemed to him a very Edinburgh thing. Welcoming, but not very" quips the irrepressible Inspector Rebus in the novel Exit Music, and the gruff detective's take on his home town sums up Edinburgh's duality as a popular tourist haunt and a gritty place at heart. Loomed over by the imposing Edinburgh Castle and boasting plenty of cobblestone alleys, this visually arresting city is as stunning as it is atmospheric.

The Edinburgh Festival makes good use of its dramatic backdrop, with millions of visitors packing into accommodation across both the Old Town and the Georgian-era New Town to enjoy the festivities. And with the Edinburgh International Festival moving its start date forward in 2015 to coincide with the ever-popular Fringe, there's never been a better time to set your sights on the thriving Scottish capital.