Egypt - A Journey Back In Time

Egypt - A Journey Back In Time

Flight Centre's Helen Ray travels to Egypt where she visits Abu Simbel and the city of Aswan. Sailing down the Nile, she visits Luxor and the Valley of the Kings. Helen concludes her trip in Cairo and El Giza where she sees the Sphinx and Great Pyramid of Cheops. Helen, tell us about your trip through the antiquities of Egypt. 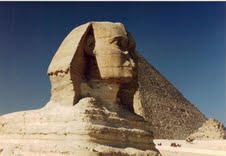 I travelled overland from Jordan, so I had been in the Middle East for a while, but the thought of Egypt still excited me. We crossed from Jordan into the Sinai. This is the place to go diving if you want great visibility, warm water and large fish. As we took the boat out, I was a little wary because I had only been a diver for a couple of years and here I was about to dive the supposedly best dive spots in the world. Luckily, the dive company we went with were very professional. They chose a dive that was suited to our experience. Although a relatively easy and shallow dive compared to some of the others we could have done, I was still very impressed.

After we had finished with the Sinai Peninsular we crossed on to the main part of Egypt and immediately headed south towards Aswan.

Aswan is the most southern city on the Nile in Egypt. Some of the great temples to go and see are the Temple at Philae, and of course, Abu Simbel. Abu Simbel sits on the edge of Lake Nasser, just to the south of Aswan. The buses set off at about 4.00am and travel through the desert so that you arrive at Abu Simbel as the sun is coming up and before it is too hot. Abu Simbel was moved brick by brick to its present location as it would have disappeared under Lake Nasser when the dam was built years ago. The four statues of Ramses guard the entrance way. You can spend hours marvelling at how something that large was built in the first place and then moved stone by stone. It is a wonder that despite the thousands of years of wear and tear it is still so near perfect.

Aswan is a great place to jump on board a boat heading south to Luxor. It is a great way to relax in the middle of such a busy and exciting holiday. You can watch the farmers on the side of the Nile as they farm their land using buffalo as they have done for thousands of years. On the way south, you make a few scheduled stops at a few temples on the side of the river. Before you know it, you are in Luxor.

You need a few days in Luxor as there is so much to see. You have the Valley of the Kings, where you just don't have enough time to go and see them all. But, do at least two or three. Here we have King Tutankhamun's tomb, along with King Ramses and a lot more I cannot spell or pronounce. A great experience for me was the sound and light show at the temple of Luxor. We arrived just at nightfall and were led to an area in the middle of the temple. They had everything lit up and as they talked about the history of the area, the characters of the pharaohs and queens, the lights lit up different parts of the temple. It was here that I saw my first shooting star. We all thought it was part of the show.

Once you have visited Aswan and Luxor, Cairo is the next stop. Cairo is a mad, mad city. The traffic and the noise are crazy, but it is also a very safe city to walk around.

Of course, one of the first stops is to see the pyramids. Standing in front of the pyramids and the Sphinx for the first time is breathtaking. I know I say this every time I go to some well known place that I have been wanting to go to for a while. It doesn't matter how many documentaries you watch, nothing will prepare you for the real thing. We spent a whole day there, and then went back the next day for more.

The other thing that is a must do in Cairo is the Cairo Museum. I hear a lot of you yawning. That is what I thought. I hate museums. I was always dragged through museums on school outings when I was young, hating every moment. There was no one more surprised than me, when we ended up spending two days there! One day for the ground floor and another day for the first floor.

Egypt will transport you back in time and you will be amazed. You will take lots of photos and you will learn a lot. Whether or not you come back with an Egyptian carpet, depends on how well you can resist the carpet salesmen.

Looking for more information about travelling to Egypt for a journey back to antiquity? Contact [email]text=Helen Ray[/email], an International Travel Consultant with Flight Centre based in Cairns, Queensland who can be reached at 1300 538 508 or by [email]text=email[/email]