Elephants Getting Love & Care In Cambodia With Tourists' Help

Elephants Getting Love & Care In Cambodia With Tourists' Help

The trip to the hills of eastern Cambodia had all the makings of a luxurious getaway: delicious fresh fruit fed by hand, a dip in a refreshingly cold watering hole and a relaxing massage.

But I wasn't receiving these amenities. Elderly elephants were. And I was one of several tourists paying for the privilege of doting on them.

At the Mondulkiri Project, it's not the people who call the shots, but the elephants. Visitors from all over the world come here for the chance to interact with the behemoth creatures by washing them, feeding them, playing with them and, of course, getting selfies with them. One thing that doesn't happen: riding on the animals' backs. 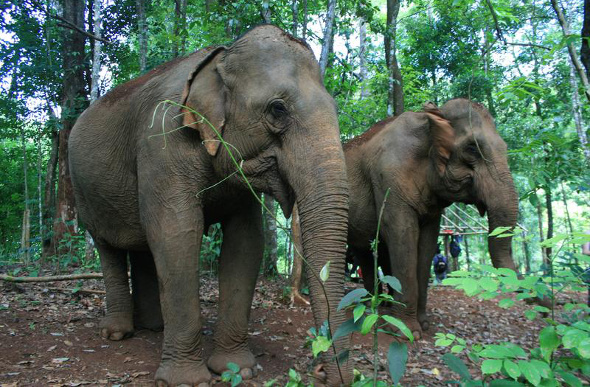 Named for Cambodia's most sparsely populated province, the Mondulkiri Project aims to act as a sanctuary for elephants that previously worked for timber companies or as attractions in the tourist hub of Siem Reap, home to the Angkor Wat site.

The Mondulkiri Project also seeks to give the local indigenous population, called the Bunong, opportunities for jobs and help in curtailing logging and promoting forest conservation.

The Tree family offers trekking along with the elephant experiences, and they run Tree Lodge, a bare-bones but comfortable set of bungalows with magnificent views of the Cambodian countryside.

Stay with the locals. Cambodia Homestay Delivers A Personal Touch 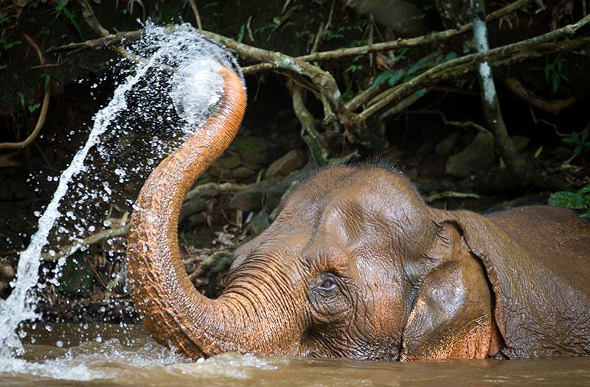 During my stay, I joined several other tourists, both solo and group travelers, in cleaning and feeding the elephants. We also got an in-depth explanation of the project, its goals and why preserving the area is important.

Then came the fun part: getting up close and personal with the gigantic mammals. The elephants spend all their time in a protected area of the forest, with local guides watching over them. The elephants were friendly, hungry and eager to interact with us.

For the humans, there was a lunch of rice, vegetables, meat and iced coffee. Then an English-speaking Bunong guide led us on an easy trek through the lush jungles as we headed to a chilly watering hole to wash one of the creatures.

More photo opportunity than actual cleansing, the elephant seemed to enjoy getting his back scratched and didn't mind the picture-taking. We all had the same post-cleansing goal anyway: a nap.

Visit your local Flight Centre store or call 131 600 for more advice and the latest deals on travelling to Cambodia.

This article was written by Kristi Eaton from The Associated Press and was legally licensed through the NewsCred publisher network.