Every summer in Europe, when images of elite athletes cycling along some of the most stunning, bucolic and treacherous routes in France are broadcast around the world, we’re reminded of the beauty of the sport.

But it’s not just France that boasts postcard-perfect countrysides and heart-pumping hillsides.

With almost another year to wait until the next Tour de France, here’s a selection of other epic routes around the world that include trails for everything from the novice, recreational cyclist to the daredevil who makes sport of flirting with death.

National Geographic has called La Route Verte, the largest bike network in North America, the most beautiful cycling route in the world.

Spanning 5,000 kilometres and linking up different regions of Quebec, it crosses through 320 municipalities. Itineraries include the St. Lawrence River, the mountains of the Laurentides and the far reaches of Gaspésie in the north. 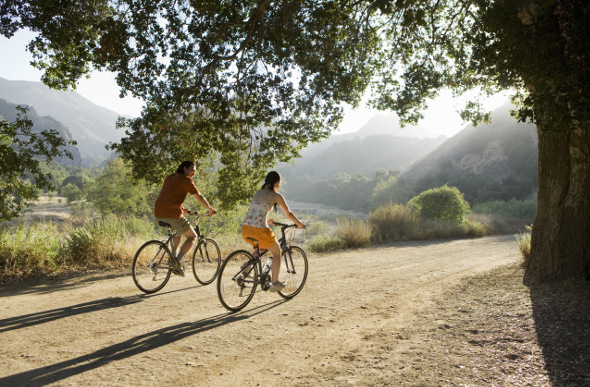 It's not called Death Road for nothing. Widely cited as one of the most dangerous roads in the world, North Yungus Road has earned the nickname "El Camino de la Muerte" or Death Road for killing an estimated 300 people a year with its 4,700 metre drop into the jungle and hairpin turns.

But it's precisely this challenge that attracts daredevils and thrill-seekers looking for their next adrenaline rush. 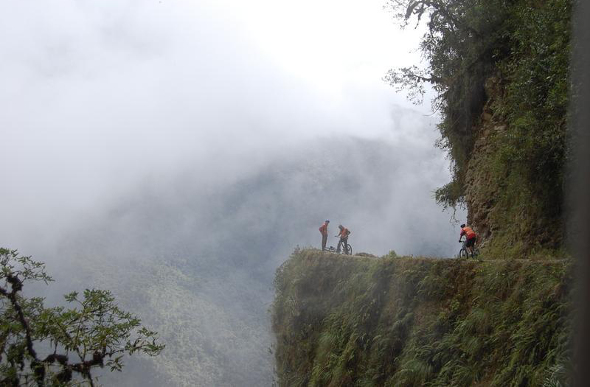 Stretching 1,000 kilometres, the Munda Biddi Trail - which means “path through the forest” in the Noongar Aboriginal language - takes riders through unspoiled eucalyptus forests and bushlands of Western Australia.

Sections of the trail include challenging loops and spurs, as well as long stretches of flat land. The route, which starts at Albany in the south and ends in Mundaring in the north, includes stops across Aboriginal heritage sites and communities, and local wineries.

No snow, no worries. Summer Fun At The USA's Ski Resorts

Forgo the Eurostar and make the London-to-Paris trek on bike, following the Avenue Verte London-Paris, a traffic-free cycling route that stretches 406 kilometres, although not all of it is finalised.

Since 2012, the route has offered avid cyclists an opportunity to see more of England and France, with routes crossing through North Downs, Sussex and South Downs in England, and the scenic French countryside of Oise, Val-d’Oise, Yvelines, Seine-Maritime and Hauts-de-Seine. In between, cyclists can rest their tired legs on the ferry ride crossing the channel. 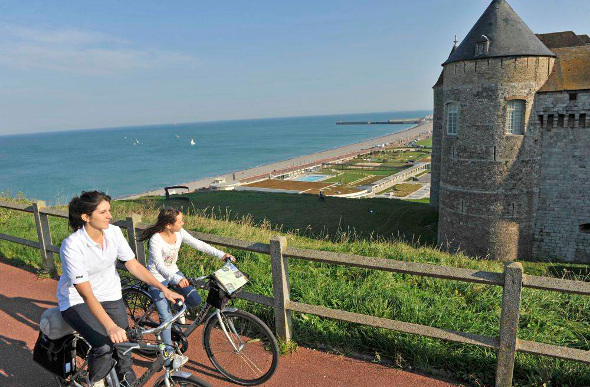 The Avenue passes through the historic city of Dieppe (image: Avenue Verte)

For about 3,220 kilometres, between Vancouver, BC and the southern tip of California, bikers on the Pacific Coast are accompanied by views of the ocean and breathe in the salty sea air.

Along the way, bikers will ride through national parks and behold lighthouses, beaches, rugged coastlines and vistas, towering redwoods and farmlands. One of the most rewarding highlights? A crossing of the Golden Gate Bridge in San Francisco. The route crosses the states of Washington, Oregon and California. 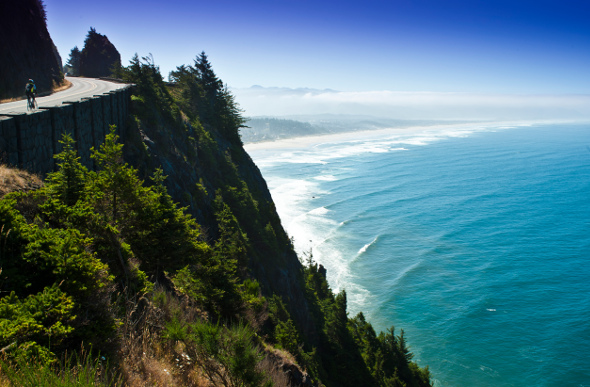