If you've never witnessed the beauty of a soft white blanket of freshly fallen snow, it may very well be time to book a winter getaway. Luckily the first flurries are about to fly for our friends to the north, which means 'tis the season for festivals that celebrate those delicate frozen flakes.

Counting down the best snow and ice festivals around the world, these enchanting events will have you swapping boardies and thongs for down coats and mittens in no time! 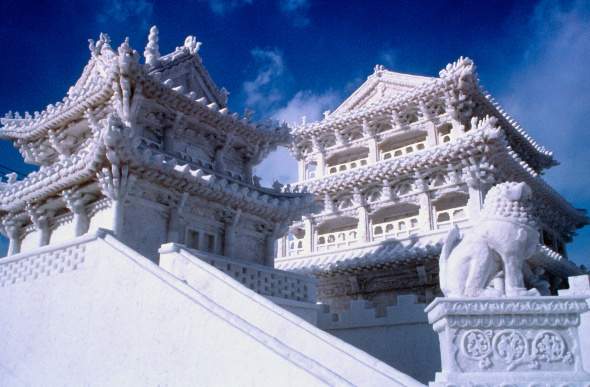 That's made of snow! (Image: Getty)

Paying tribute to the sparkling white flakes of winter, the Sapporo Snow Festival has been a staple of the yuletide season since 1950. Today it attracts more than 2 million visitors with masterfully created snow and ice sculpture displays running approximately 1.5 kilometres through Odori Park.  For a little extra dose of fun, the statues are lit up at night. 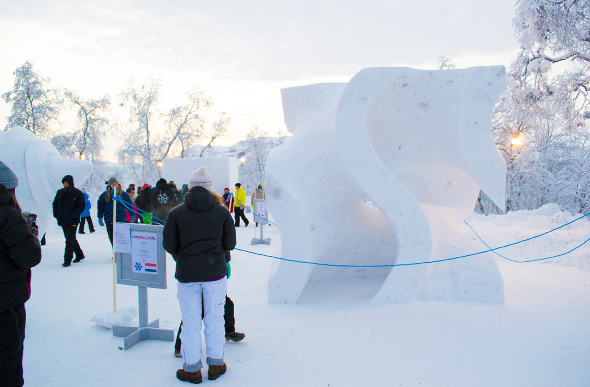 With the cooler months comes the Kiruna Snow Festival in Sweden. This annual event is a popular family affair with activities to keep all ages entertained. Meander through the many snow sculptures on show before checking out the handicraft fair, outdoor theatre for kids, dog sledding and the world's only snowblower race! You may even be treated to a dazzling display of the Northern Lights.

[embed]https://youtu.be/8k-JsQyses4[/embed]
When the temperatures in Edmonton reach their lowest, you know it's time for the Ice On Whyte Festival. Dedicated to celebrating everything ice and snow, the festival centres on the incredible ice sculptures submitted by international competitors. Though, in true Canadian fashion, there is much more snow-based fun to be had, including a giant ice slide, ice carving classes and outdoor skating rink.

[embed]https://youtu.be/JbAHYRsFEh0[/embed]
If you're serious about your snow sculptures, the Budweiser International Championships in Breckenridge are a must. The event draws teams from around the globe as they go head to head in a competition to create the most dazzling displays. That's 20 tonnes of snow turned into incredibly detailed works of art. Visitors are also invited to vote on their favourite to determine the People's Choice winner.

[embed]https://youtu.be/tgXBUSRBin8[/embed]
With a 60 year history, the Quebec Winter Carnival has been giving snow lovers from around the world the chance to celebrate everything about winter. It's the largest winter carnival in the world and offers up more than 200 activities taking place throughout the city. This includes parades, hockey games, sleigh racing and more. The soap box derby, fireworks display and snow sculptures are among the annual favourites, along with visiting Bonhomme – the carnival's mascot – at his huge Ice Palace. 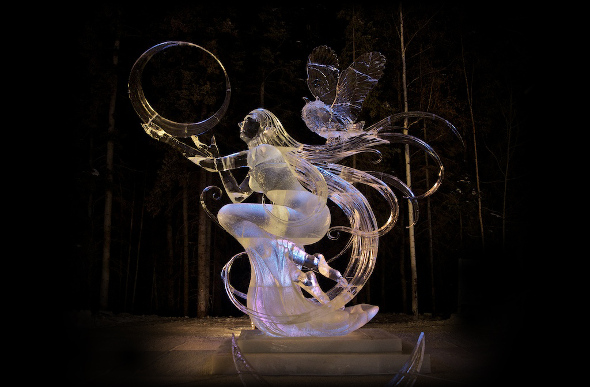 Could you make that out of ice? (Image: icealaska.com)

Those that appreciate the fine art of turning a block of ice into an iridescent masterpiece should get to Fairbank, Alaska for winter. More than 100 ice carving teams from around the globe congregate for a month long event that showcases this rare skill. There are single and multi-block competitions as well as the Fairbanks Open, which allows amateurs chip away next to the experts.

[embed]https://youtu.be/ko_sQ3BHPqQ[/embed]
Taking ice sculpting to a new level, this unique festival in Norway requires artists to create working instruments out of ice. Performers then take to the stage to play their freezing instruments. Hauntingly beautiful melodies accompany vocalists for three nights of amazing music. You may expect the likes of xylophones and chimes, but what about horns, harps and even stringed instruments such as cellos? Amazing!

[embed]https://youtu.be/4xuaSoVjAiw[/embed]
This popular festival has been running for more than 20 years in picturesque Lake Louise, drawing visitors with a combination of both natural and manmade winter beauty. Each year, the festival has a theme, which competitors have to realise in ice over the course of 36 hours. Final works are on display for visitors to check out along with a few free activities to enjoy. 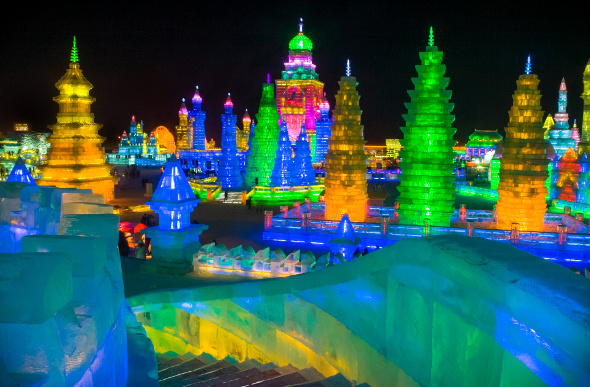 Harbin is the biggest (and the brightest) snow festival in the world (Image: Getty)

Last but definitely not least, the Harbin International Ice & Snow Sculpture Festival is considered by many to be the biggest and the best. It is, in fact, the largest in the world after all. With roots dating back to 1963 as a lantern and garden party, this snow fest is all about the white stuff now.

Gigantic structures are created out of snow and lit up to create a miniature city that lights up in a technicolour glow through the evening hours. Along with the ice and snow world, visitors can experience international snow sculpture expos, the ice lantern art fair, winter swimming watching, ice hotels, dog sledding and much more.