The Wonderful Worlds of Disney

The Wonderful Worlds of Disney

Dreaming of living out your own Disney fairytale? At a Disney theme park you can meet your favourite characters, see the stories come to life and embrace your inner child on some of the world's most iconic rides. Here we map out each Disney Park to help you decide where to enjoy your next family adventure. 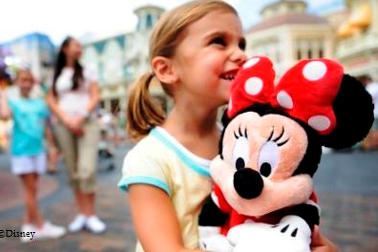 Disneyland California
Disneyland California is the original Disney theme park and the only one in the world that was built under the supervision of Walt Disney himself, in 1955. The park includes Disneyland Park and Disney California Adventure Park, as well as three onsite hotels and a shopping district. The Disneyland Park offers the traditional Disney experience complete with iconic worlds such as Main Street U.S.A and Adventureland, while Disney California Adventure Park features more modern and adventurous attractions including "a bug’s land" and The Twilight Zone Tower of Terror.

Walt Disney World Orlando
Walt Disney World in Orlando is the biggest of all the Disney parks, spanning 30,000 acres and four different theme parks; Magic Kingdom, Epcot, Disney's Hollywood Studios and Disney Animal Kingdom, as well as 23 on-site themed hotels, two water parks and five golf courses. With so much to offer, it's no wonder Walt Disney World is the most visited theme park in the world.

Tokyo Disneyland
Tokyo Disneyland was the first Disney park to be built outside of the USA. As such, the park is home to all of the signature Disney hallmarks; Tomorrowland and Cinderella's Castle, as well as more modern Disney themes such as Aladdin and Indiana Jones, which are on offer at the neighbouring park Tokyo Disney Sea.

Take some time out while in the city of love to experience the happiest place on earth; Paris Disneyland. The park includes an entertainment precinct, seven Disney owned hotels and two theme parks; the traditional Disneyland Park and the more modern Walt Disney Studios.