European River Cruising Stops You Need to Know About

European River Cruising Stops You Need to Know About

The mere mention of a European river cruise automatically conjures images of celebrated river-fronting cities like Budapest, Vienna, Amsterdam and Paris, with their famous skylines, indomitable icons and winding riverbanks. But what about all the other stops along the way? A meandering journey along Europe’s famed waterways leads to scores of less-praised city encounters too, and ones that deserves just as much – if not more – acclaim for the history, beauty and wisdom they impart on those who take the time to truly explore.

If you love to eat and devouring French cuisine sounds like your kind of holiday, you’ll just love Lyon. France’s gastronomic capital, this foodie-centric stop is the place to learn about and indulge in all the French foods. Must-eat local specialties span tripe, boudin noir (blood sausage) and quenelles (flour, egg and creamdumplings), but here you’ll find anything and everything that tastes good or is slightly left of centre – from the local markets to the Michelin-starred stops and bouchons (a unique restaurant only found in Lyon). 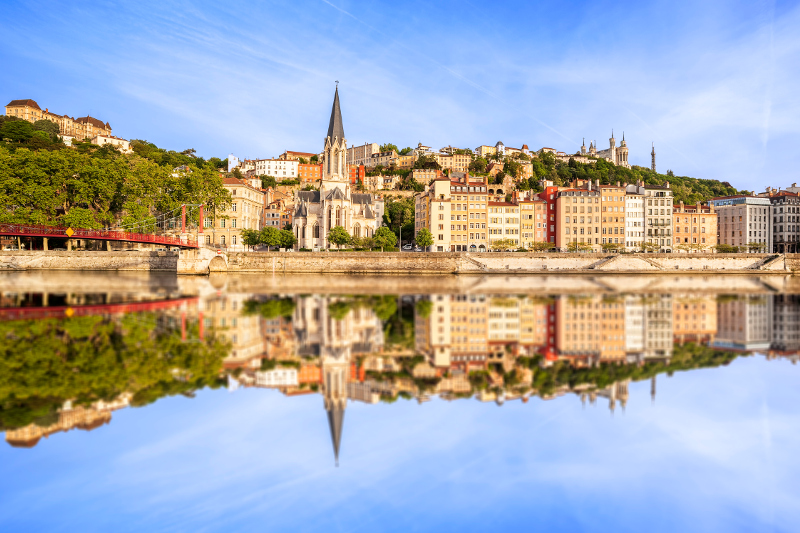 Lyon is undeniably beautiful on the banks of the Saone River.

Lyon is also a beautiful city to simply wander – not least because it’s quite literally the butter in the croissant, perched between the Rhone and Saone rivers. The streets are relaxed, with a cosmopolitan air, and flaunt a refined list of exceptional museums, galleries and shops to tick off. In the history department, don’t miss the ‘traboules’ – a network of covered corridors built by silk weavers in the 19th century – and a stroll down the cobbled streets of Vieux-Lyon – a Renaissance-era district with UNESCO World Heritage status.

It’s the official hometown of Santa Claus – a place that’s all about fairytale white-capped panoramas and once-in-a-lifetime experiences. Perched at the confluence of the river Kemijoki and the Ounasjoki, Rovaniemi is your gateway to every winter wonderland fantasy you’ve ever conjured, all in the beauty of the Lapland Arctic wilderness. Time your visit right and you can arrive in time for natural phenomena like the midnight sun or the bucket list-topping dance of the Northern Lights – it doesn’t get any better than here. 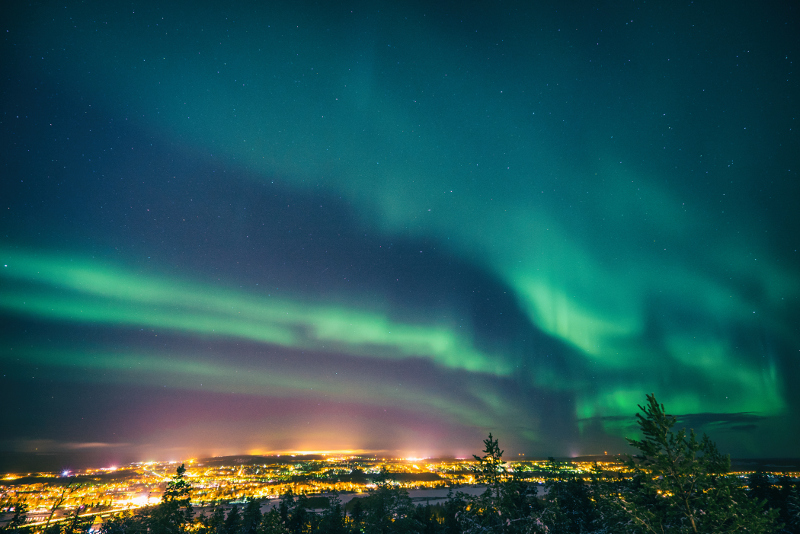 The landscapes naturally lead to limitless outdoor fun whatever the season though. Try an ice sculpting class, learn how to drive a snowmobile or head out on a showshoe excursion into the serene and untouched snow-covered forest trails. Come face to face with real life reindeer, sleep in igloos and jump on a sleigh ride through the snow – laughing all the way, of course. The Arktikum science museum adds a touch of local history, while the local coffee, unique crowberry juice and homemade pastries provide culinary reference. Then at the end of the day, those steamy Finnish saunas should do just the trick. Lush mountains and soaring peaks set the stage for a fine and at times flamboyant affair with the arts in Linz. No doubt the city’s beautiful Danube-straddling locale played a leading part in its role as a muse for both Mozart and Beethoven; with these two classical music greats to its list of residents, it goes without saying this is a musical city. But Linz also sees a mish-mash of contemporary art, theatre and science merge generations of culture together effortlessly. 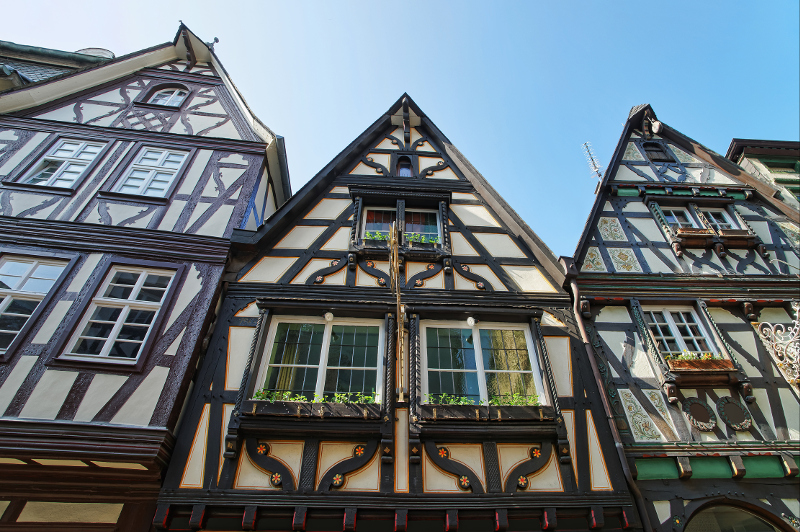 Timber houses in the city center of Linz.

The contemporary Lentos Art Museum, the Museum of the Future and Steel World offer insight looking forward, while Linz Castle, the incredibly preserved and quaint St Martin’s church and the 18th century Neo-Gothic Mariendom (Austria’s biggest church) offer a glance back in time. And don’t be surprised if you stumble across a daring public art installation or musically-talented busker as you stroll the medieval old town streets.

Nuremberg is most commonly associated with being the site of the Nuremberg Trials and the Nazi Rally parties, but there’s so much more to know about this stunning Bavarian city on the banks of the Rhine-Main-Danube Canal. The fortifications and stone towers jutting into the sky hint at the gems to be found; Nuremberg is a haven of medieval architecture. 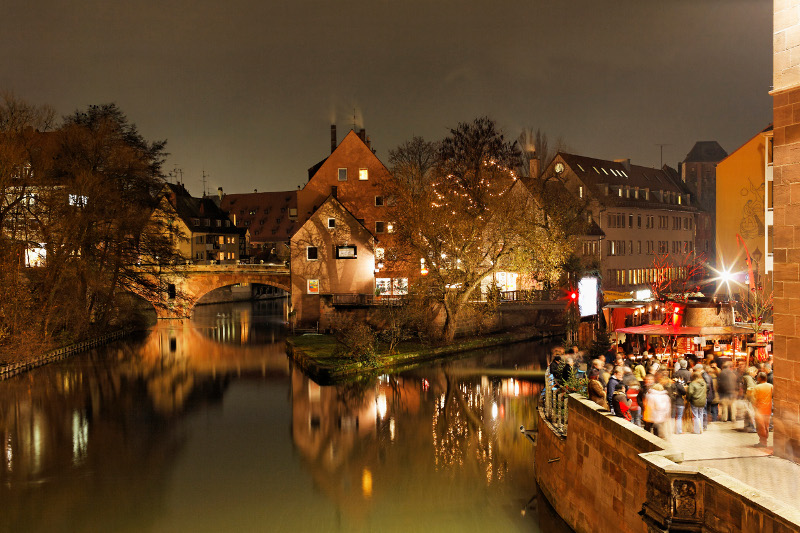 The Old Town is where the medieval magic comes to a head – the perfect place to wander. But the stunning Kaiserberg (Imperial Castle) is also ‘up there’ on the list and down below it, there’s a fascinating labyrinth of cellar vaults and passageways to navigate. Nuremberg has overf 950 years of history to its name so there’s no shortage of artistic treasures and museums too; Albrecht-Durer’s House is certainly worth a look. Also notable are the local rostbratwurst and pretzels washed down with a glass of Franconian wine. 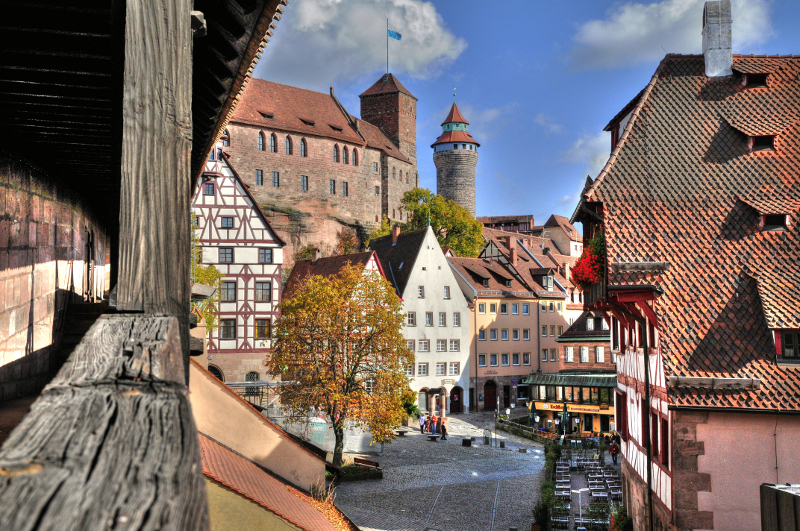 Ramparts of historic old town of Nuremberg and castle.