Take a journey through time as you explore Europe's most captivating UNESCO-listed sites.

If soaring peaks and alpine meadows are your cup of tea, then the Dolomites will be, too. Considered the world’s most stunning mountain landscape, the Dolomites region offers the joys of a seasonal resort set against heartbreakingly beautiful scenery. The Dolomites offer an exquisite natural take on Italian history.

Eighteen peaks rise to more than 3,000m, their cliffs and slopes irresistible to rock climbers, skiers and strollers. Italian hospitality is at its best, with tantalising restaurants, traditional mountain chalets and wellness spas vying for attention.

Church of Our Saviour on Spilled Blood, Russia

An intriguing name and an origin literally steeped in the blood of Russia’s founding fathers are good indicators of what you can expect from this remarkable church. 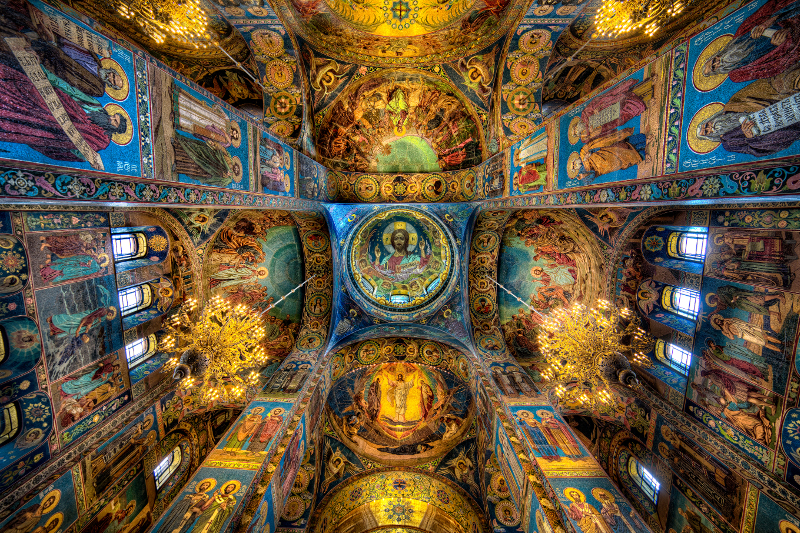 Beautiful mosaics inside the Church of the Savior on Spilled Blood.

Built on the precise location where Emperor Alexander II succumbed to an 18th-century grenade, the Church of Our Saviour on Spilled Blood is part of the historically preserved UNESCO site that is St Petersburg’s historic centre. The church is a feast for the eyes, with its flamboyant domes and more than 7,500sqm of glorious mosaics that will overwhelm you with their detailed splendour.

Surrender to daydreams of the Arabian Nights as you explore the enchanting grounds of the Alhambra. A tale of mingled Moorish and Christian heritage is conveyed through terraced gardens, intricate archways and delicate fountains. 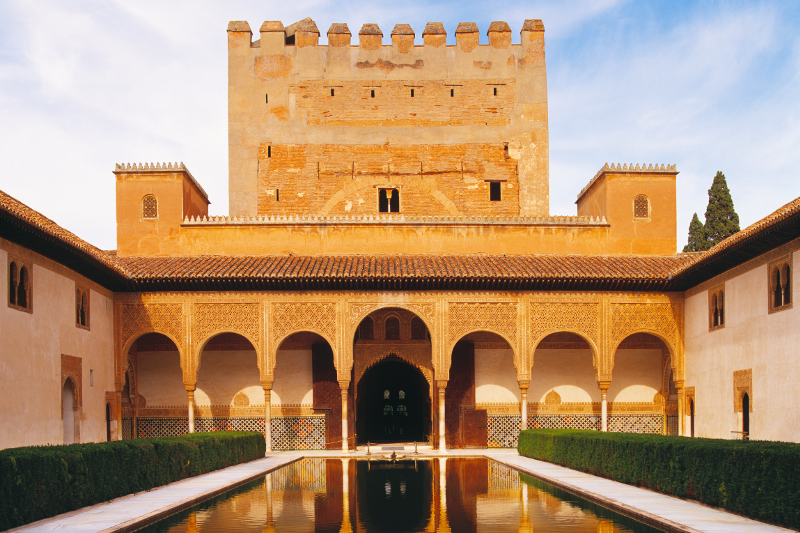 The Alhambra is enchanting both up close and from afar.

Allow at least three hours to wander the pink-hued complex while contemplating the influence of leaders dating back to 889AD. Breathtaking sunset views of the Alhambra from nearby Mirador de San Nicolas offer the perfect finale.

Named literally ‘middle of the sky’, the Metéora pillars rise majestically from the lush Greek countryside. 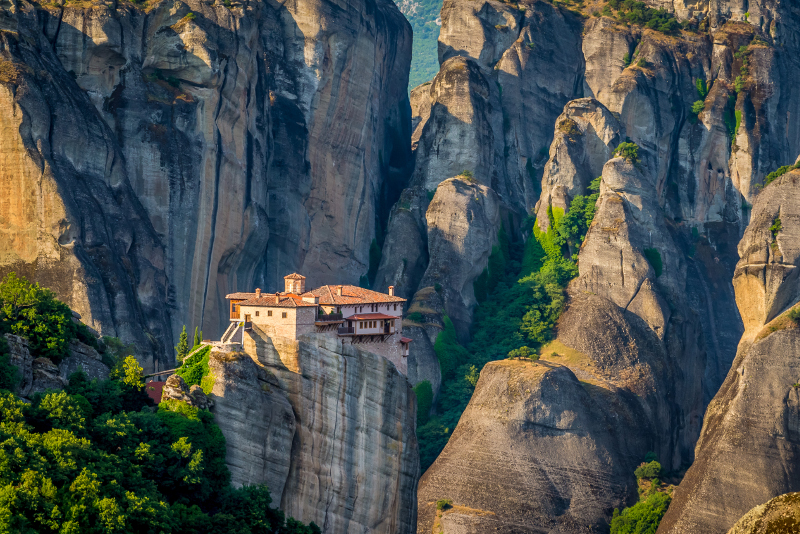 Meteora is a must-see on Greece's mainland.

Early Christians considered the tower tops to be the perfect place from which to ponder the divine, and the six surviving monasteries were hauled up – one piece at a time – by monks with miraculous determination. There’s a strenuous climb to some of the monasteries but it’s well worth the exertion for the feeling once you reach the top.

As early as in 930AD Iceland’s leaders gathered amid the rugged beauty of Thingvellir to settle disputes in a public assembly, establishing it as the birthplace of the world’s oldest parliament. Thingvellir National Park offers a sense of the grandeur in Iceland's midst.

Thingvellir boasts many stunning nature hikes but don’t miss snorkelling in the Silfra Fissure, which offers incredible visibility and the opportunity to float between the American and Eurasian tectonic plates.

An exquisitely preserved medieval town that will lure you into the past via cobbled streets, Český Krumlov is nestled around a horseshoe bend of the River Vltava. A spectacular 13thcentury castle stands guard over a town of some 300 protected historical buildings, dotted with boutique hotels and charming cafes. 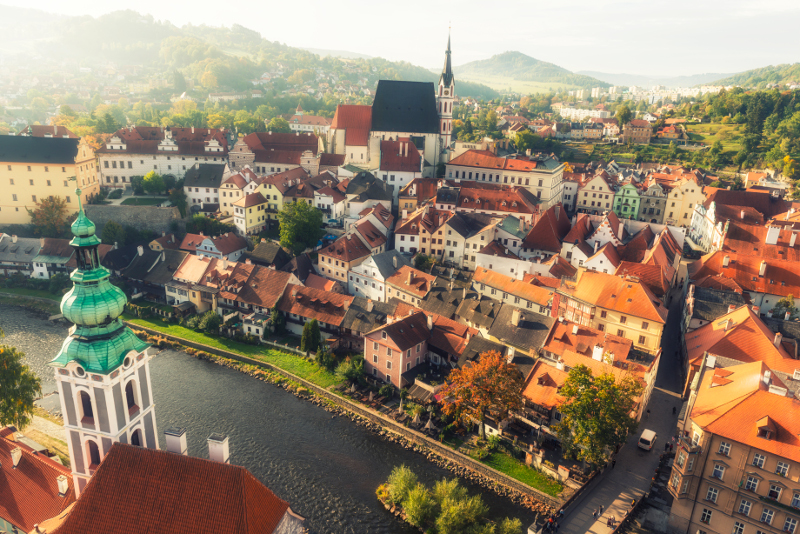 There's so much to explore and unravel in Cesky Krumlov.

It’s easy to see why the Causeway’s 17th-century discoverers believed it was the handiwork of giants. Forty thousand basalt columns thrust out of the coastline with a uniform symmetry that seems impossible in the rugged landscape of Northern Ireland. 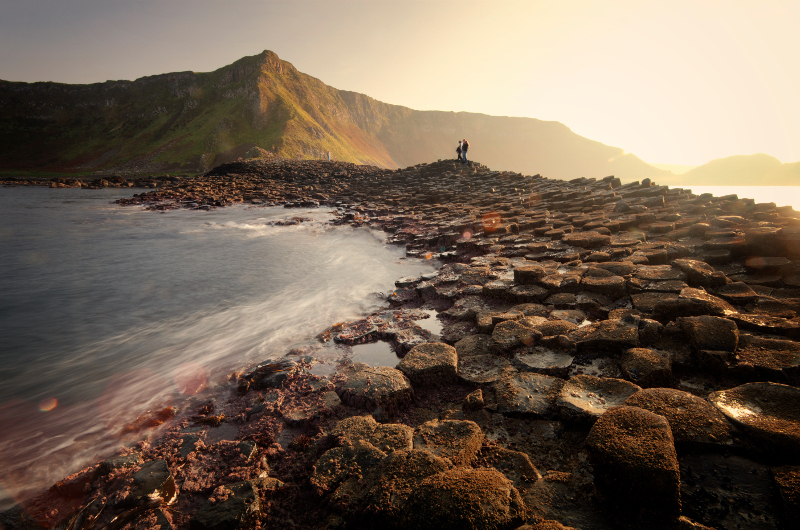 The Giant’s Causeway is one of only 25 UNESCO World Heritage sites listed for both cultural and natural significance, and the astounding basalt towers are further enhanced by a backdrop of delightful Irish legend.

A walk through the gnarled trunks and emerald undergrowth of a laurisilva (laurel) forest feels like a journey into the world of a Tolkien novel. The island of Madeira is home to the world’s largest laurisilva woodland, an ecosystem that is slowly vanishing from the world. Madeira’s unique network of aqueducts provides opportune walking paths through the humid enclosure of the forest, and any trail you choose will be rich with an atmosphere of magic.