The Best Ways To Explore England

The Best Ways To Explore England

While England might be around the same size as the state of Victoria, what it lacks in size it makes up for in history, natural beauty and fascinating attractions. England’s infrastructure makes travelling the length and breadth of the country extremely easy. If you have the time to spare, then it’s good to get a little lost along the way. 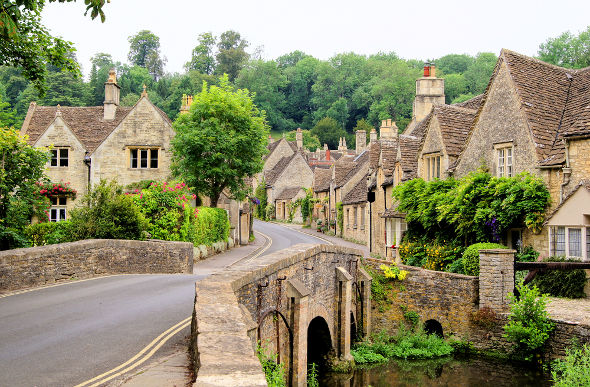 The Cotswolds - great to explore with a car

Hire a car
The easiest and most reliable form of transportation is car hire. Personally, I’ve always loved the feeling of being able to reach any destination at the drop of a hat and you can’t beat that kind of freedom if you’re a spontaneous traveller.

Many fly/drive packages include car hire and Bed & Breakfast packages at select destinations, just waiting for your arrival. All you need is a list of destinations you definitely want to see.

My tip would be to make your way to these places without using the motorways and stop in as many small villages as possible along the way. The motorways in England were built for function not fashion, so while they will get you to your destination quickly they don’t offer much of a show.

Catch a train
The speediest way to travel in the UK is by train. It can also offer quite a pretty vantage point as many of them cut through the English countryside. National Rail and Britrail has done a wonderful job of streamlining train travel by coordinating train companies and aligning pricing, so a rail pass is often the most cost effective way of travel. Many day trips are available on classic steam lines to take you to places such as Historic Bath for the day with lunch included or discover Beatrix Potter country on a guided rail tour.

It’s always best to book ahead to get the best prices with trains and purchasing a return ticket will usually save you a significant amount of money. An average train journey from north to south is two hours and 40 minutes. However, don’t let this be your guide as train times can vary dramatically depending on how many stops the service has.

Take a coach
If you don’t mind travelling with students and taking your time, then travelling by coach is the most cost-effective way to navigate England. When booked a few weeks ahead, coaches between the larger towns and cities can be very cost effective.

Like driving on motorways, coaches don’t offer much in terms of a view, which is a shame if you’ve booked a long journey with lots of drop-off points. However, some coaches can get you to your destination as quickly as you could drive there and considering the cost difference it’s a no-brainer for the frugal traveller.

Hire a canal boat
Hiring a canal boat is the most idyllic way to see England’s countryside and is a great choice for those who prefer to drift along rather than speed to a destination. You’re more likely to be in the company of English barge owners than fellow travellers, which is great if you want to experience England like a local (trying to figure out how a lock works really gives you a taste of the country).

A word of advice, however, is to take things such as draining locks, noise levels and speed limits extremely seriously. Cruising the canals is a way of life for locals, not just a form of transport.

Rambling
The English love to walk or ‘ramble’ as it’s affectionately known. So much so, in fact, that many campaigns – led by the Ramblers Association – were launched to change government legislation around the public’s ‘right to roam’.

In 2000, laws were passed giving the public greater freedom and access to land that may have previously been deemed as private property. Rambling options in the UK are endless but by far my favourite place to ramble is the Lake District. People travel miles just to walk here – and with a bold silhouette of rolling mountains and valleys it’s easy to see why. For me, there’s no place in England more breathtaking than this slice of England.