There are so many fantastic destinations around the world that here at Flight Centre, we would encourage travellers to take advantage of airline routes to maximise the international adventure. We think it's great to explore fascinating cities on the way; so rather than simply transiting at a foreign airport, arrange your airline ticket in advance to give you a couple of days to investigate what would normally be just a transfer or consciously select an airline that will give you the opportunity of a stopover.

Here are some suggestions for the perfect stopover option when travelling overseas. 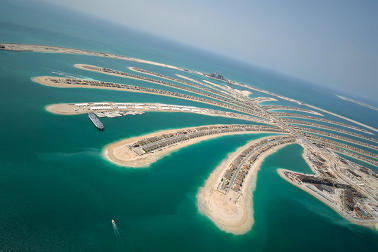 Paris via Dubai with Qantas and Emirates
Now that the partnership between Qantas and Emirates is sealed travel between this burgeoning Middle Eastern hotspot and Europe is seamless. Admire the futuristic architecture of Dubai by flying direct from Sydney on Qantas and take your onward journey to Paris, or any other major European city, on a flight operated by Emirates. Because of their unique arrangement between these two great airlines, the ticketing process is seamless.

Seoul via Bali with Garuda Indonesia
The beaches of Bali are synonymous with relaxation, so consider beginning your Asian holiday by unwinding on famous Kuta Beach. When you're ready to continue your adventure, collect your Garuda Indonesia boarding pass and fly onto the capital of South Korea, Seoul where you can admire Jongmyo, a UNESCO cultural heritage site and the Changdeokgung Palace.

New York via Honolulu with Hawaiian Airlines
Combine a beach break and a big city escape by flying Hawaiian Airlines from Sydney to Honolulu where you'll have the opportunity of chilling on the famed Waikiki Beach. Once you've perfected your tan, hop on the next flight direct to the Big Apple and soak in the atmosphere of one of the world's great cities - New York.

Phnom Penh via Bangkok with Thai Airways
Contrast the Cambodian capital of Phnom Penh with the sprawling metropolis of Bangkok when you fly from Australia with Thai Airways. Both cities boast ornate temples and beautiful palaces so it's definitely worth admiring the architectural styles in each city. After soaking in the culture, be sure to take a river cruise in both destinations also.

Rio de Janeiro via Santiago de Chile with LAN
Arguably the principle airport in South America for Australian travellers is in Santiago de Chile, so why not use this to your advantage by taking time to explore this fascinating city before jumping back on board your LAN direct flight to one of South America's most popular destination - the beach side Brazilian metropolis of Rio de Janeiro.

Hong Kong via Kuala Lumpur with Malaysia Airlines
Sure there are direct flights from Australia to Hong Kong but why not extend your exploration of Asia by sampling two great cities - Hong Kong and Kuala Lumpur. By travelling Malaysia Airlines, travellers have the opportunity of departing from Sydney and arriving in the Malaysian capital around eight hours later. After climbing the Petronas Tower, hop on your onward flight to Hong Kong to enjoy some great yum cha.

Toronto via Vancouver with Air Canada
Air Canada flies direct from Sydney across the Pacific Ocean to the west coast Canadian city of Vancouver. Situated at the foot of the Rocky Mountains, Vancouver provides the perfect opportunity to stretch your legs on a stopover before travelling across the country to Toronto on the east coast.

Phuket via Singapore with Qantas
Curious travellers will have Singapore on their bucket list. So rather than flying direct to the Thai island of Phuket consider ticking off Singapore on the way. Qantas departs from Australia direct to Singapore and once you've had your Orchid Road shopping fix, you can board the next flight to Phuket where the sun's rejuvenating rays are waiting.