The Familiar Made Fresh In New York

The Familiar Made Fresh In New York

The first time I visited New York, I was 19. I would return often to what is my favourite city on the planet. Back then, I was young and single and I loved New York for its hectic nightlife.

My favourite haunt was The Tunnel, a huge, sweaty multi-roomed nightclub in Chelsea. I spent one memorable New Year's Eve at The Tunnel in the early 90s, dancing through the night, before staggering out in the morning to grab breakfast.

But that was then: today I am married to Bridget and am the father of two-year-old Laila. We were about to spend a week in New York and it would all be very different.

Would I feel resentful that I wasn't seeing the same city I loved? Could Laila learn to love New York? And was it even possible to enjoy the city that never sleeps with a jet-lagged toddler who needed to be in bed by eight?

There was a line of young girls waiting outside the lobby of the New York Palace Hotel on Madison Avenue when our taxi arrived. They were there for Justin Bieber, who was staying in the same hotel. On previous visits, I hadn't had such starry neighbours – I'd usually stayed in hostels.

Now, of course, we would be spending much more time in the hotel and accordingly, our room at the Palace was huge, with a roll-out bed for our daughter. Laila admired the soaring Midtown view from the 31st floor while we unpacked. 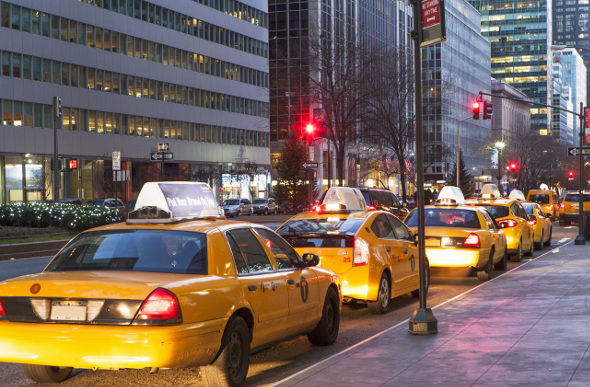 Laila embraced the place immediately, showing strangers the teddy bear the hotel had given her on arrival and insulting a hipster by suggesting his absurdly small dog was a "fluffy-headed cat".

We were heading to the American Museum of Natural History on the Upper West Side of Central Park, taking advantage of the seven-day unlimited ride MetroCard, which represents good value, at A$40 per adult.

The subway was no longer the graffiti-covered crime magnet I recalled from my first time in New York. However, it is also much less child-friendly than London, with fewer escalators and lifts and narrow winding steps which make it hard to haul a pushchair to the platform. 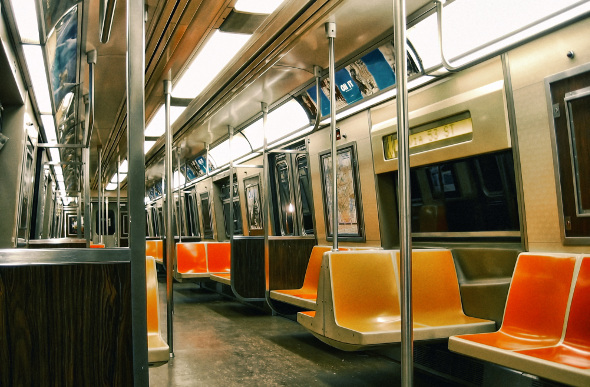 They're so much cleaner than before (Image: Getty)

Why Doesn't This Dinosaur Move?

Happily, the museum was more accommodating. It is vast – four floors and 33 million exhibits – so the trick is to focus on just a few things.

Laila loved the gigantic suspended blue whale in the biodiversity hall, but was less impressed by the Tyrannosaurus rex in the fossil room. It may be one of the world's few genuine skeleton displays, rather than a replica, but she wanted to know why this dinosaur didn't move like the one in London's Natural History Museum.

She was, however, entranced by the stuffed giraffes and zebras in the African mammals hall. 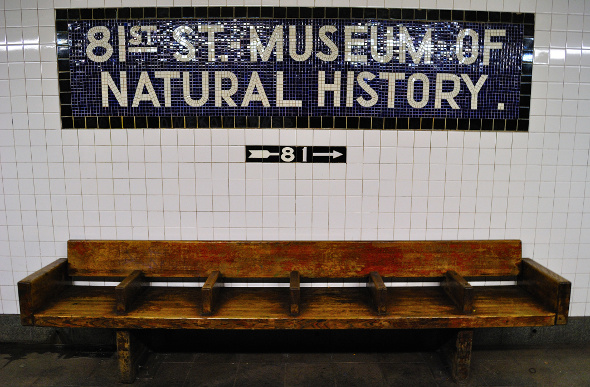 We have arrived (Image: Getty)

There were more stuffed animals – as well as a giant Lego reconstruction of the Statue of Liberty and an unsettling amount of Hello Kitty merchandise – at FAO Schwartz, the oldest toy store in the country. Its giant floor piano featured in the Tom Hanks film Big, and Laila and I dutifully (and tunelessly) danced on its giant keys.

The journey there proved as much fun as the store itself, as it involved a walk through Central Park. On my last visit, I had enjoyed a lovely afternoon with Bridget, the two of us lying on the grass, the skyscrapers in the distance and a book in our hands.

There was no time for such lounging now, as we led Laila to a few of the park's family-friendly highlights – a playground that had a large slide, a pond where toy boats sailed and Central Park Zoo, which is much smaller, and cheaper, than its London cousin.

Laila was having a ball but I was struck by the contrast between this trip and every other time I had visited the city. Were it not for my daughter I wouldn't have been in the zoo – I would have been rifling through a second-hand CD store in St Marks Place or poking around the vintage clothes shops in the West Village.

Family-friendly zones in the big apple. Does New York Work For A Family Holiday?

Check the big city essentials. Essentials: NYC From The Classics To New Attractions

Kids Party While We Relax

The first time I visited the Statue of Liberty it had taken the best part of the day, queuing for the ferry and then climbing inside the crown.

That wasn't going to be possible now. Instead we chose to take a 90-minute Circle Line cruise – free if you buy a CityPass, which costs A$150 and grants access to six city sights or experiences – which sails down the Hudson River providing fantastic views of Manhattan before passing the Statue of Liberty.

I got to take some decent photographs, Bridget got to take in the view and, most importantly, Laila didn't have a meltdown. 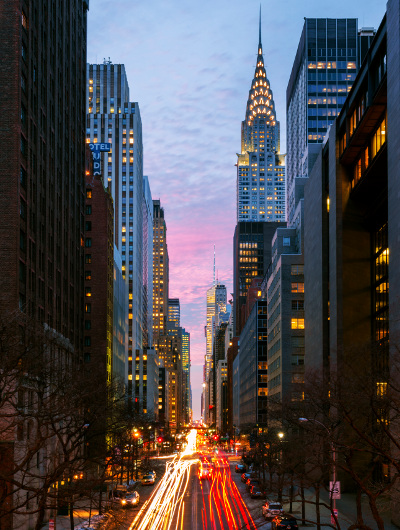 The Empire State building is also included in the CityPass. It was an hour-long wait to get to the 102nd-floor observation deck, so it was just as well we had a small library of books to read to Laila to pass the time. It was worth it: to be standing at the top – where I had stood as a teenager and where I had taken Bridget when we were dating – with my wife and daughter was emotional.

As the landmark stood resolute, our lives had marched on. The island stretched out before us but my old New York was now invisible to me: the city of nightclubs had been replaced by a city of playgrounds. Laila's favourite was the Hippo Playground in Riverside Park on the Upper West Side, close to the Children's Museum. 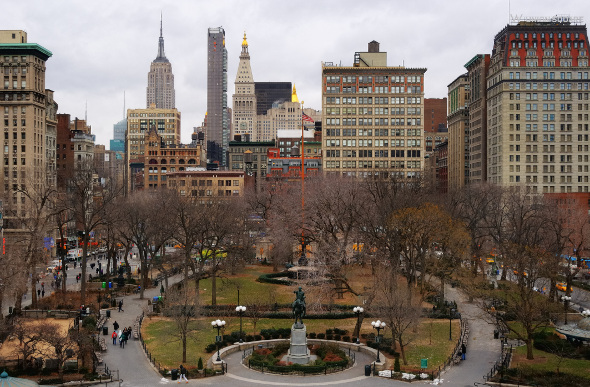 I'd been to Union Square and Washington Square Park many times, but never noticed that both had wonderful playgrounds tucked to their side.

We used park visits as pit-stops and restaurants in the same way, stopping off for bagels and pizza during the daylight hours and eating dinner in the early evening, which meant it was never hard to get a table.

The most memorable meal was at Vincent's, a 100-year-old restaurant in Little Italy that Bridget and I visited when we were dating. We both ordered baked ziti like last time, while Laila messily tackled the spaghetti.

Family holidays are like parenthood in microcosm: mostly it's about the children, but it's essential to carve some time away from them too. Project Playdate is a service that lets parents leave their children with registered childminders between 5pm and 8pm: the children have a party and the parents get some much-needed alone time. 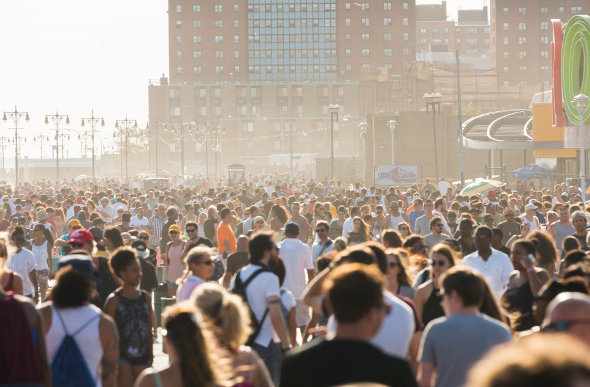 One evening we booked Laila in, dropped her off and dashed to Soho House, where we enjoyed a drink by the rooftop pool surrounded by air-kissing girls in bikinis; a glimpse of a New York I had barely seen this time around.

We learnt to use wisely the time when Laila was asleep. We browsed The Strand bookstore, walked the length of the High Line park from 30th Street to 14th Street and enjoyed a walk through Strawberry Fields in Central Park. We also took Laila to Brooklyn, to the flea markets of Williamsburg and to the seaside.

Coney Island is just a subway ride from Manhattan but an entirely different world, with the retro charms of Luna Park featuring rides with names such as the Wonder Wheel, Electro Whirl and the legendary Cyclone, it feels like you haven't just left the city, but also travelled back in time half a century.

And as we ate homemade ice cream under a cloudless sky with the sea in front of us, it almost felt like we were on a beach holiday.

The familiar made fresh; that was the story of our week.

This article was written by Sarfraz Manzoor from The Independent and was legally licensed through the NewsCred publisher network.