Family-Friendly Wildlife Experiences Around the World

Family-Friendly Wildlife Experiences Around the World

Whether you're young or old, big or small, wildlife encounters appeal to all ages, no matter if it swims, crawls, glides or purrs. Coming face to face with wild animals but a mere breath away in their natural habitats, while enveloped in awe-inspiring scenery, epitomises real adventure. Encountering wildlife is a wonderful privilege, reserved for those with patience, determination and respect for the natural land. 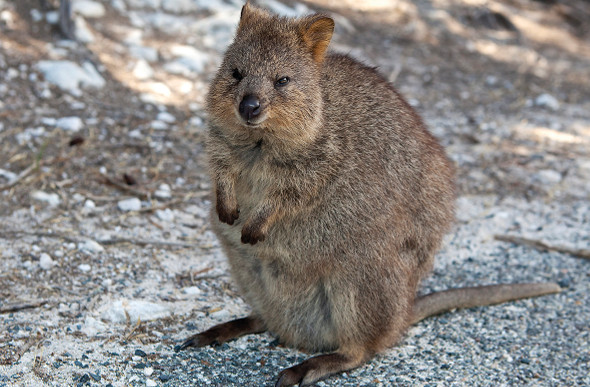 Far too cute to be a rat!

Photobombing selfies since 2014, the quokka has skyrocketed to fame as the world's happiest animal. With its cute little face and permanent grin, this housecat-sized marsupial can only be found in Western Australia, specifically Rottnest Island.

The island was named 'Rotte nest' (rats nest) when early Dutch settlers mistook the quokkas for giant rats. While Rottnest is hugged by secluded bays and beaches perfect for swimming and snorkelling, its star attraction is these pint-sized critters. Quokkas live on a diet of grass, seeds and roots, and thanks to the lack of predators and abundance of food, population numbers are at a healthy 12,000.

Nocturnal creatures, quokkas spend most of the daytime sleeping and resting under shady bushes and dense vegetation; however, you’ll often catch a glimpse of quokkas feeding during the day, regardless of the time of year. 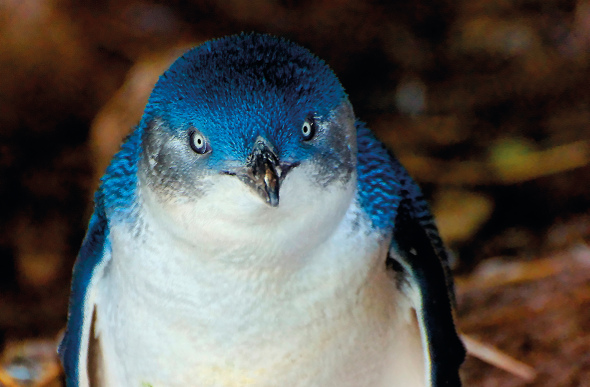 Welcome a little penguin home from a hard day fishing.

Each morning before sunrise, the penguins leave their homes to endure a fishing expedition up to 100 kilometres away, returning only at sunset. Don your winter woollies to watch the penguins return and waddle towards their burrows in the sand dunes, while rangers provide expert commentary of the world's smallest penguins and their fascinating lives.

Penguins return to shore at sunset every night of the year. 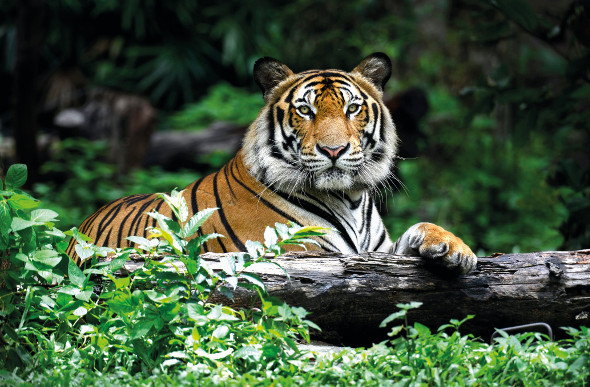 A majestic resident of the Sunderban Tiger Reserve.

Straddling the border of east India and Bangladesh is one of the world's largest populations of Bengal tigers. The Sunderban Tiger Reserve is a diverse, remote 140,000-hectare ecosystem of semi-submerged mangroves in the Ganges delta where these majestic animals prowl.

World Heritage-listed, the reserve is home to some 300 tigers, along with myriad endangered wildlife such as saltwater crocodiles and two-metre-long monitors. Organised tours and cruises are the only way to navigate this unforgiving landscape.

Tiger spotting is best between November and March as entry is restricted in late summer and during monsoon season. 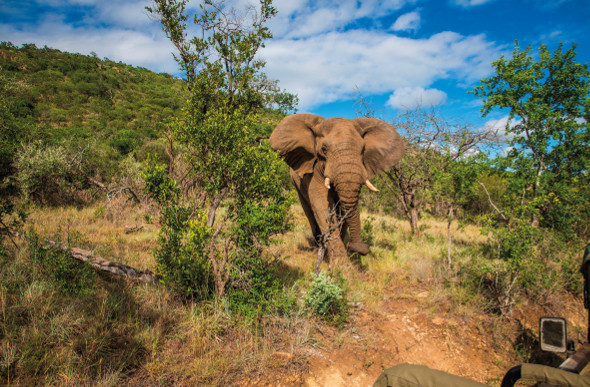 One of the Big Five, a wild elephant is an unforgettable sight.

In the 19th century, the lion, leopard, elephant, rhinoceros and Cape buffalo were dubbed The Big Five, as they were the hardest and most dangerous animals for game hunters to track. Today, they are arguably the most popular animals to see, and few places could rival the viewing opportunities in South Africa's Kruger National Park.

Spot these iconic species across a landscape of sun-burnt plains, woodlands and tropical forests connected by an interlacing network of roads. In case you don't tick off all five on one trip (the leopard is particularly elusive), there's an all-star lineup of more than 130 mammal species and 500 bird species to be spotted in Kruger.

While the park is a year-round destination, the dry season from May to October is considered the best time for game viewing. Vegetation is sparse, making animals easier to spot. 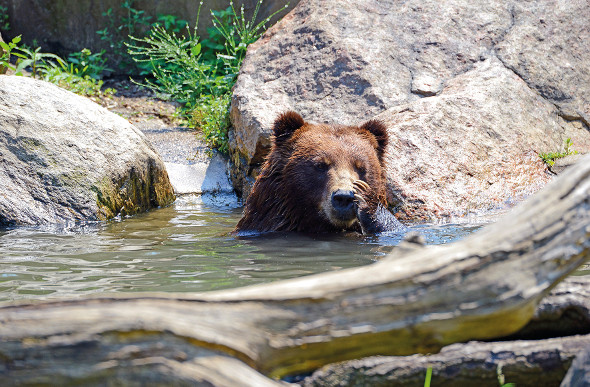 It's time to cool off.

California's most popular park surrounds the majestic Sierra Nevada mountain range and its 303,500 hectares is home to an average of 300 to 500 black bears. With 95 per cent of the park comprised of untouched wilderness, there are plenty of ways to see them in the wild, especially in open meadows.

However, black bears have a keen sense of smell and an excellent memory for food sources. Bears breaking into cars in search of food is an all-too-common occurrence in Yosemite. Never leave food or anything resembling a storage container in your car or tent. You want to see bears in the wild, not at your campsite.

Yosemite's black bears are active both day and night for most of the year and are most commonly sighted in spring (March to May).

Wild Encounter on the Coorong

Have a Whale of a Time on the Fraser Coast

Where to See Tigers in the Wild Ethically 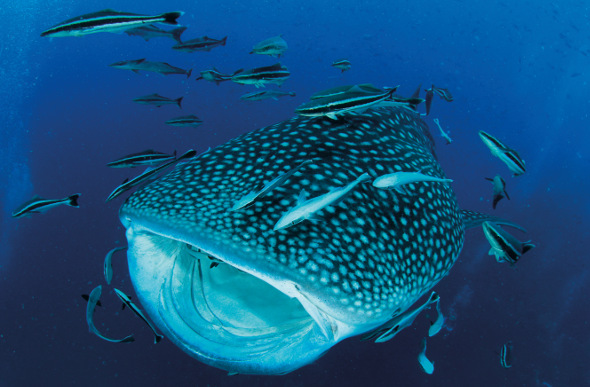 Perhaps one for the big kids of the family, swimming with whale sharks has to be one of life's greatest experiences. Growing up to 15 metres in length, the whale shark is the largest fish existing today.

They have little in common with whales, except for their sheer size and diet. These docile, gentle giants of the ocean flock to the confluence of the Caribbean Sea and Gulf of Mexico off the coast of Isla Mujeres, Contoy and Holbox to feed on plankton in an area teeming with sea life. Just think: you, the deep blue and the unmistakable spots and wide smile of this ocean giant.

Whale shark season is from May to September. 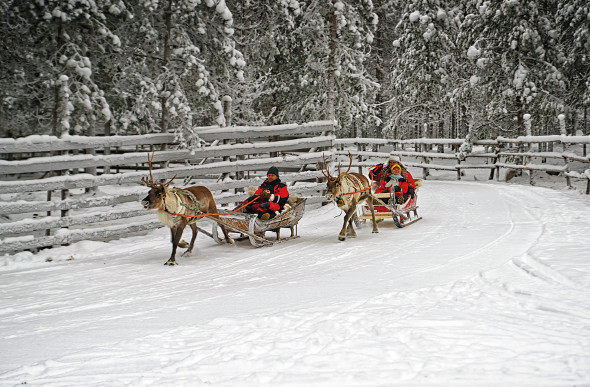 Here's a fun fact: reindeer outnumber humans in Finnish Lapland. These semi-domesticated animals are all owned by residents, yet can roam freely – irrespective of land ownership.

In fact, 36 per cent of Finland is designated pasturelands; so naturally, reindeer spotting comes easily around Rovaniemi, the capital of Finland's northernmost province. An obligatory stop for all things yuletide and Santa Claus' official residence, Rovaniemi is the very personification of a winter wonderland – Rudolph included.

For the full experience, nothing beats a visit in the lead-up to Christmas. 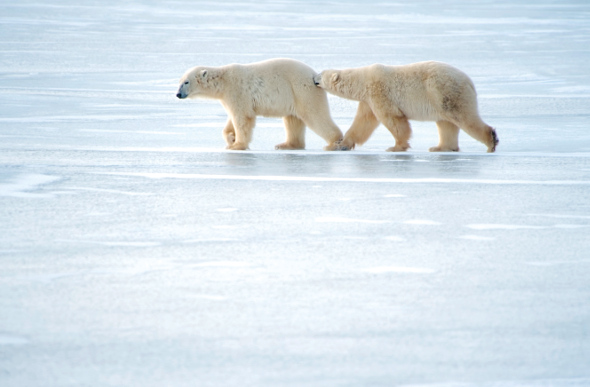 A walk on the ice is no problem for a polar bear.

Situated in the sub-Arctic province of Manitoba in central Canada, Churchill is renowned for its polar bear sightings. The remote town known as 'Polar Bear Alley' is accessible only by air or rail. A seat on a purpose-built, all-terrain vehicle with Tundra Buggy Adventures is the best way to get acquainted – at a safe distance – with these 1,200-kilogram giants in their natural habitat.

While they may seem cute and cuddly, especially with their bright white fur and bounding babies in tow, you do need to remind yourself how unpredictable they can be. For this reason, it's not recommended to walk around Churchill at night alone!

Prime viewing is in October and November, when the polar bears begin their migration from the tundra back to seal territory in search of sustenance. 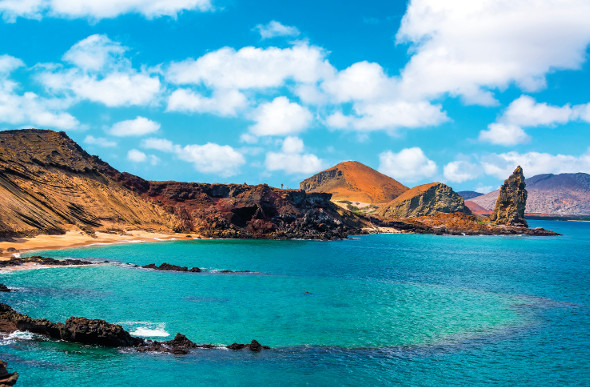 The Galapagos Islands are a living museum.

Situated 1,000 kilometres off the coast of Ecuador, the remarkable Galapagos Islands have been described as a living museum. Isolated and deprived of much vegetation, surprisingly, this fragile ecosystem is a showcase of evolution, with visitors flocking to see its unique and naturally curious wildlife species, many of which were the subject matter of Charles Darwin's Theory of Natural Selection. Most opt for guided island-hopping tours to best view creatures such as the giant tortoise, iguana and sea lion, as well as endemic birds and marine life exclusive to this part of the world.

Unlike other natural wildlife sanctuaries, there is no 'off-season' for the Galapagos Islands. Travel outside mid-December to January and June to August to avoid the holiday crowds. 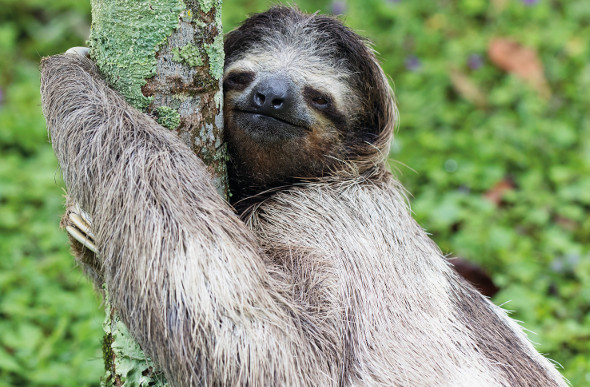 Tropical mammals, with long claws that make it hard to walk, sloths spend most of their lives hanging in trees and eating leaves. It’s a tough life for some! In the wild, you’ll need a keen eye to spot the sloths hiding among the greenery, so it’s always best to hire a guide.

Corcovado National Park in Puntarenas is a prime viewing spot. In fact, the lush jungle is made up of some 13 ecosystems, from lowland rainforests and mangroves to coastal habitats. Said to be one of the most biologically diverse places in the world, Corcovado may be so kind as to gift you with a sighting of a scarlet macaw, hummingbird, or even a jaguar.

Rainy season when the flora flourishes will provide the best chance for spotting these lazy creatures. The birdlife is viewable all year round.