Farmer For A Day In Crete, Greece

Farmer For A Day In Crete, Greece

Shy, directionless squeezing is not the way to bountiful buckets of milk. That’s what occurs to me, high in the sweet and fertile heartland of Crete, as I try to get to grips with the ancient art of goat-milking. Retaining a purchase on the teat while avoiding being nipped or kicked demands a lot of concentration.

But eventually, the liquid comes spurting out, hitting the tin bucket with a loud ping. 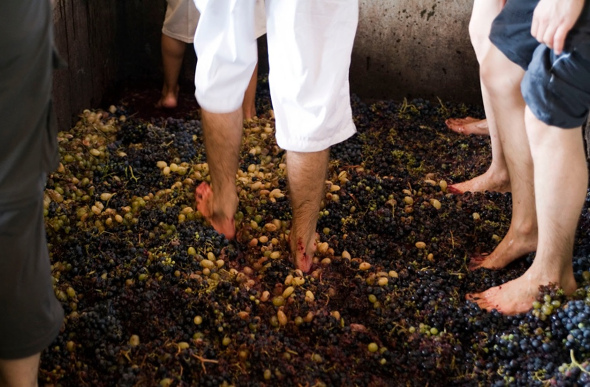 The real thing on Crete

I’m at Agreco, a stone-by-stone replica of a 17th-century farm in Adele, a village in the hills above touristy Rethymno, on Crete’s north coast. It has a dairy, a watermill, an olive press, beehives and 11,500 vines – and visitors are invited to come and play farmer for the day.

Crete’s economy once relied on fertile plains and mountains. Now these areas attract those looking for a dose of country living; agritourism is on the rise, with farm stays and hands-on rural experiences popping up all over the island. 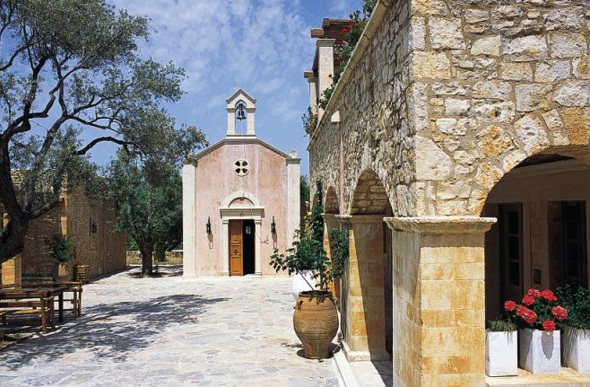 Crete behind the tourism image

Open to members of the public for day visits, farm tours and dinner, Agreco was created in 2002 by Nikos Daskalantonakis, founder of the Grecotel hotel chain, as a tourist attraction and to encourage local farmers to use organic methods to grow produce for the area’s hotels.

Depending on the season, wannabe farmhands can tread grapes in an old stone vat, harvest wheat, help make olive oil, bake bread in a wood-burning oven and pick vine leaves for dolmades.

Down below, on the main drag of Rethymno town, tourists mill, postcards gather dust and the sea laps the sand. Up here, where I’m “working”, tiny Byzantine monasteries cling to the mountains, thyme and mint sway in the breeze and birds twitter.

At the other end of the scale are spas. Be Pampered at a Greek Island Spa Escape

From Milk To Cheese

I meet Alexis, the strapping farmer in charge, who learned his trade from his grandparents at the age of 10. Now, his own two-and-a-half year old son, Stefanos, gads about the farm laughing at goats, peering into the cobwebby olive press. “He’s learning everything I know,” Alexis says, as he steadies a sheep for me to shear. 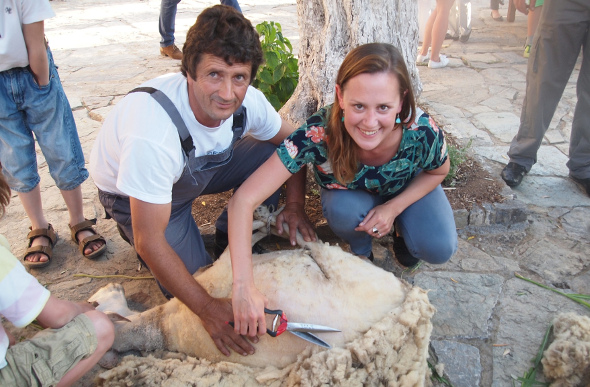 Clods of wool fall away

I take the shears to the animal and its organs are almost visible through thin and wrinkly skin. It’s faintly terrifying, but with a snip-snip, fluffy clods of wool land on the ground.

At Agreco, everything is organic: duck droppings are used as fertiliser and old feta cheese tins reused for growing herbs. It’s the kind of place where one feels meditative, separate from everyday life. 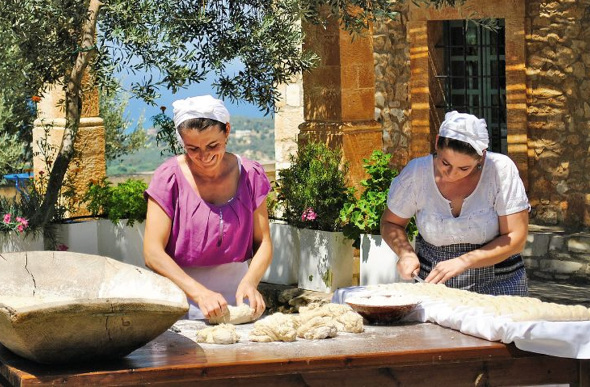 Preparing bread under the warm sun

In one afternoon I watch goats’ milk turn to cheese with the addition of hot water and lemon; bite into wild artichokes fresh from the ground, knead bread at the watermill and learn how to shear a sheep.

We then sit down for a 30-dish meal in which everything from the boiled eggs and chicken to the plump tomatoes, honey and wine was produced just metres away.

Rural, sustainable Crete is flourishing, proving that tourism and the simple life can live side-by-side.

Visit your local Flight Centre store or call 131 600 for more advice and the latest deals on travelling to Crete.

This article was written by Emily Payne from The Guardian and was legally licensed through the NewsCred publisher network.