Filmmaker Hossein Amini, the creator of such Hollywood films as Drive and 47 Ronin, recently sat down with Robert Hull from the Guardian to talk about how he developed a heartfelt connection with Athens during the shooting of his upcoming film The Two Faces of January. As you'll discover, his love for this Greek city extends from its history to its modern dining scene.

I feel incredibly connected to Athens. It’s somewhere I’ve visited every few years of my life. I’m originally from Iran and grew up in the UK but Athens – and also Sounion, which makes a great day trip out of the city – is where my family and I would meet up for holidays and visit friends. 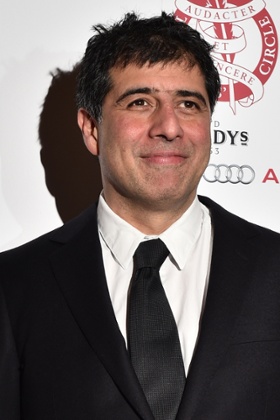 We were incredibly lucky to film at the Acropolis when we made The Two Faces of January, which I adapted for the screen from Patricia Highsmith’s book, and directed. I don’t think anyone had been allowed to shoot there for about 20 years. Initially, we were told that we should film “Athens” in Istanbul because of the economic problems at the time. But I insisted. You can’t really replicate the city and there was no way of building sets to get a sense of the Acropolis!

There are great “tourist” cities that feel very constant: Paris hasn’t moved on much since the 1980s or Geneva from the 70s but Athens, like London, keeps evolving and reinventing itself. It has an energy that I love.

It’s a city where the new sits beautifully with the ancient. You can wander through modern areas, bars, tourist shops and restaurants and then stumble upon a little fenced-off area that’s an extraordinary ruin – almost as if it’s not a big deal, when it is. In the historical centre there’s a 3km section that’s been turned into a pedestrianised zone – an essential area to wander through.

The Acropolis Museum is the most stunning museum I’ve been to, with enormous windows overlooking the Acropolis. The minimalism of the layout makes it exceptional, every object is given its space.

The Kolonaki district is more modern and hip. There are bars, restaurants and higher-end shops – especially around Kolonaki Square – but you’ll also come across several galleries, including the Benaki Museum (for Greek and Byzantine art) and the Theatre Museum (50 Akademias Street). 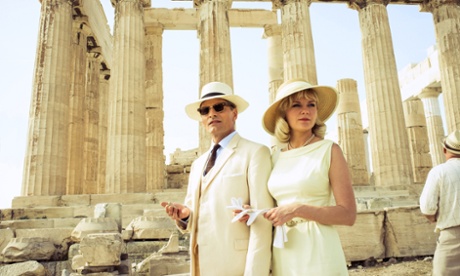 Viggo Mortense and Kirsten Dunst, as Chester and Colette MacFarland, in The Two Faces of January pass the Parthenon ruins in the Acropolis. Photograph: Allstar Picture Library

Got a day in Athens? How To Spend 24 Hours In Athens

Where else can you visit in Greece? The Most Beautiful Islands Closest To Athens

Take the funicular to the top of Mount Lycabettus while you’re in Kolonaki. It’s the highest peak in Athens, but only a 10-minute ride, and gives the biggest view of the city – all the way to the harbour at Piraeus. It’s spectacular up there and there’s a cafe and the Orizontes restaurant on hand, too.

The bar Oinoscent has a superb collection of Greek wines. It became a favourite while we were filming. They serve small plates but it’s really all about the wine; they are passionate about it.

The Hotel Grand Bretagne on Syntagma Square is an absolutely beautiful building. It’s where we had the characters Chester and Colette stay (though Highsmith had them at the King George Palace close by). It can be frighteningly pricey but worth going for a drink on the rooftop bar. 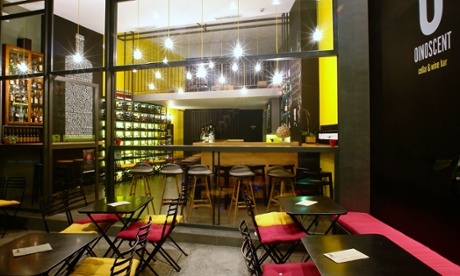 It may surprise you but Athens’ underground system is clean and beautiful and great for navigating what is a sprawling city. I use it to get to neighbourhoods like Monastiraki, with its market, or Plaka, with its history.

There is a misconception that Athens is full of waiters beckoning you in to tourist-trap restaurants. Of course they exist but it is also a living, breathing, energetic city full of culture, whether ancient or modern.

Athens is a place where great travel writers have been … Henry Miller, Freya Stark, Patrick Leigh Fermor. There is a memoir by Patricia Storace called Dinner with Persephone that made me realise there’s a lot more to the city than just the centre. I love books that transport me back to the history of a place and its culture.

There’s a great walking guide by John L Tomkinson called Athens: The City (Greece Beyond the Guidebooks), but if you want a simple stroll, the Agora is a lovely place to wander – amid the scattered ruins and greenery. It’s never as busy as the Acropolis, either.

This article was written by Robert Hull from The Guardian and was legally licensed through the NewsCred publisher network.

Robert Hull is assistant production editor on Guardian Travel and a freelance journalist, contributing articles on travel, film, photography and technology, as well as interviews.
more articles from this author