A road trip from Belfast to The Gobbins reveals unexpected historical delights.

Belfast has had a turbulent past, to say the least. Its troubled history is reflected in the city’s grittiness, and all its rough edges and modern pockets largely cloak Belfast’s beginnings. Yet, history is all around you here – you just have to know where to look.

Wandering the city centre reveals glimpses of the past amid the modern, a result of the city being devastated during World War II. Instead of being jarring, the contrast is intriguing, even thrilling. Walking through a modern shopping strip, my view is framed by the gorgeously ornate Edwardian City Hall. Leaving a cafe, I turn a corner to a narrow cobbled lane lined with Georgian warehouses. Looking for the city’s oldest building, I find it hiding behind an electricity substation. 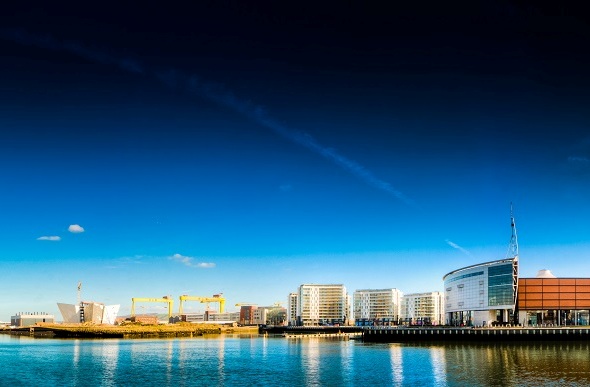 The Titanic Quarter is where the fateful ship was built, and now a must-visit museum in Belfast. (Image: Getty)

In a city used to hiding its history, it’s becoming more comfortable showcasing it. The Titanic Belfast museum, sitting where the ill-fated ship was built, is far from low key. A gleaming, pointy tower of metal and glass rising out of what was a wasteland, it beckons me hypnotically as I stroll along the River Lagan. After visiting, hooked on Belfast’s more recent history, I seek out its famous political murals. Used as propaganda during the sectarian violence of the 20th century, the murals are both beautiful and confronting, all the more powerful as this is history within living memory. 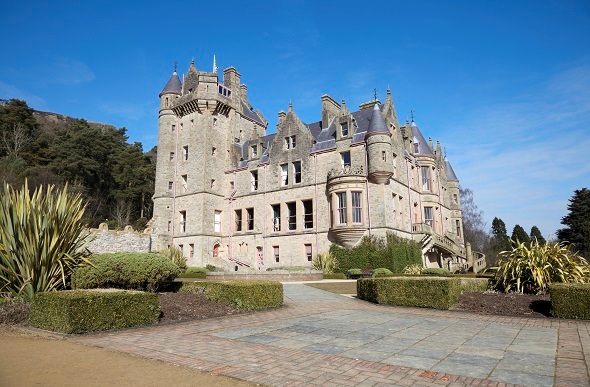 Belfast Castle, opened in 1870 is a perfect spot for lunch or an afternoon tea overlooking the city. (Image: Getty)

The next day I continue the road trip that brought me to Belfast in the first place. Stopping first at Giant’s Ring, a Neolithic henge monument beautiful in its simplicity, I take the coastal route towards The Gobbins, a cliffside walkway that opened in 1902. Castles dot the route, starting with Belfast Castle. Surrounded by a country park containing an ancient stone cairn and an Iron Age ring fort, its wild beauty makes me feel I am in the middle of nowhere, despite being only 15 minutes from the city centre. 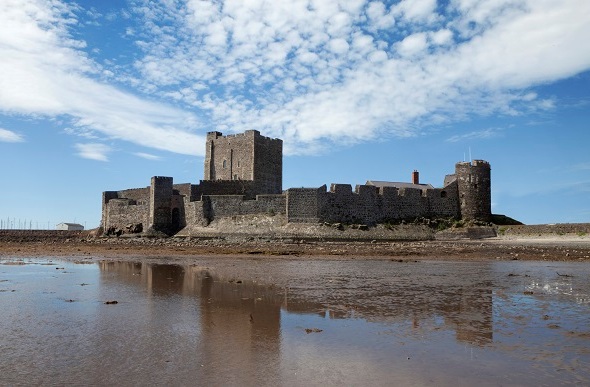 More than 800 years of service as a military fort, Carrickfergus Castle has in turn been besieged by the Scots, the Irish, the English and the French. (Image: Getty)

Further along, I meet the forlorn Lugg Castle, reduced to a single wall, and the mighty Carrickfergus Castle, dominating the skyline as I approach. The castles slowly give way to sleepy coastal towns like Whitehead, a perfectly preserved Victorian resort with candy-coloured buildings, hidden away in a bay at the base of the surrounding hills.

At The Gobbins, remote and wild, I am struck by the silence, broken only by the roll of the ocean and the birds that clutter the cliffs. Joining a guided tour, I traverse pathways carved out of the cliff face 100 years ago and cross the churning ocean on metal bridges.

It is a magical end to my road trip and as I leave, passing abandoned farmhouses, a lonely clifftop war memorial and a medieval church hiding behind trees, I am reminded that the most beautiful historical sites are usually in the places you least expect them.

Originally from country NSW, my travels have taken me across Australia and the world and I have what is almost an irrational impulse to explore new places. I revel in the unexplored and unvisited, and the experience of stumbling across a hidden historical or architectural treasure that everyone has bypassed is one of the chief pleasures of travel.