Flight Centre, Youngcare & You: How We Can All Support Young Aussies In Need

Flight Centre, Youngcare & You: How We Can All Support Young Aussies In Need

This week marks a pivotal moment in the lives of four young Aussies with disabilities.

Yesterday and today they have been moving into a state-of-the-art Brisbane share house designed and built by Youngcare, a Queensland charity proudly supported by Flight Centre Foundation (FCF).

The $1.3 million home at Wooloowin features four self-contained bedrooms (plus a guest/carer's bedroom), and makes innovative use of technology – each resident has a tablet that lets them control such things as the temperature, doors and blinds.

Youngcare CEO Samantha Kennerley says: “It gives them independence and choice, which is what Youngcare’s about.”

“There are 7,000 young people with high care needs who will have woken up in aged care this morning,” Sam says. 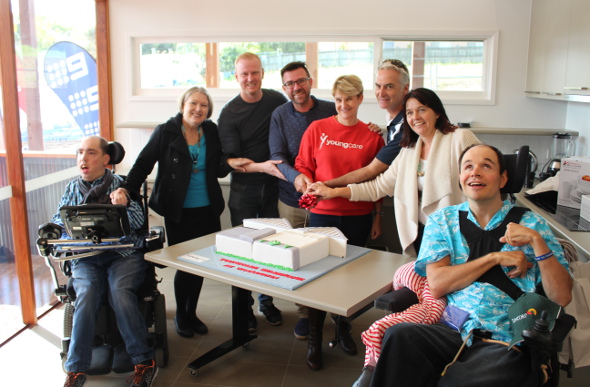 One of the new residents is Nick. His mother, Gill Bickerstaff, says he used to ask her why he couldn’t move out of home.

“My answer always had to be, ‘Where are you going to move to and who is going to look after you?’ ” Gill says.

“Youngcare has finally provided an answer by providing beautiful accommodation that will not only meet his care needs but will be a home he can be proud of, and a level of care that will ensure his safety and wellbeing.”

Providing accommodation solutions – informed by a research partnership with Griffith University – is but one of the roles Youngcare plays. It also offers grants to enable people to transition out of aged care or to stay in their homes – and this is where FCF becomes involved.

FCF General Manager Anita Russell says: “Young people deserve to live young lives, regardless of their ability or disability. Youngcare’s work makes this happen for the thousands of young Aussies with high care needs and really resonates with our people, which is why we are proud to support their vital At Home Care Grants and Connect programs.”

And it doesn’t end there. Flight Centre has had teams compete in Youngcare’s Budgie Bolt fundraiser – a six-kilometre dash in budgie smugglers – in Brisbane for three years running, and entered the Sydney race for the first time last year.

“We have been the highest fundraising team in the Budgie Bolt for three years running, in March raising $8,095 this year, winning the coveted Gold Budgies award,” Anita says. 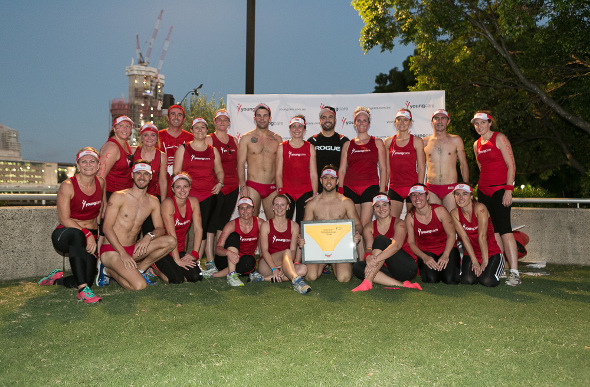 FCF also offers a paid program for employees who want to volunteer their time to community charities, such as Youngcare.

“We have had people help at the Wooloowin house, collecting at sporting events and thanking donors for their generosity as part of Youngcare’s ‘Thank-a-thon’,” Anita says.

“For a charity of our size and our footprint, it’s enormous,” she says. “They actually really shouldn’t underestimate the support and difference they make to us.”

She praised the company’s workplace giving arrangements, where Flight Centre matches employee donations dollar for dollar. “I think they’re a real shining light in this area, as well as the fact that they also support that staff engagement and their views are very much taken on board.”

“Flight Centre enable us to really get to the heart and involve our residents and grant recipients, and it’s so wonderful to have that,” Sam says.

The Wooloowin share house is just the beginning. Wooloowin Stage II will see the construction of co-located family villas next door, featuring four two-bedroom villas, a gym and a hydrotherapy facility, dependent on funding.

“That’s about keeping a family unit together, whether that’s a husband and wife or mother and son,” Sam says. “People get separated and it’s not right or fair – and your family or loved ones are a massive part of your rehab and journey.”

Youngcare marks its 10th anniversary this year. Celebrations are planned – singer-songwriter Bernard Fanning has been involved with past events, so keep an eye out for details.

The Brisbane Budgie Bolt was held in March (with a $500 travel voucher prize donated by FCF) and will be held again next year, while the Sydney Budgie Bolt is coming up in October.

In May this year, Youngcare CEO Sam joined the trekkers and found it a sobering indication of the isolation, uniformity, restrictions, and limited decision-making ability experienced by many people with disabilities.

As Nick’s mum, Gill, says: “This is such an important issue because it is something which can affect anyone in our community. No one is immune from disability, it can happen to anyone at any time, through accident or illness.”

If you want to help young people with high care needs live life with choice, independence and dignity, here’s how: