How To Chase The Endless Summer In Queensland

How To Chase The Endless Summer In Queensland

Let's rewind a few weeks to a time when Queensland's south was sprinkled with a generous dusting of snowfall. "Snow in Queensland!" shouted the headlines.

For many Queenslanders, it was their first taste of the white stuff. Troops of maroon-wearing snowmen started to assemble. For the Southern Queensland Country region as a whole, it meant 'no vacancy' signs happily beamed at B&Bs.

The alpine regions of Victoria and New South Wales may have been shrugging their shoulders at this 'impressive' flurry of flakes, but it was a big deal. Why? Because Queensland is known, above all else, for its toasty embrace. 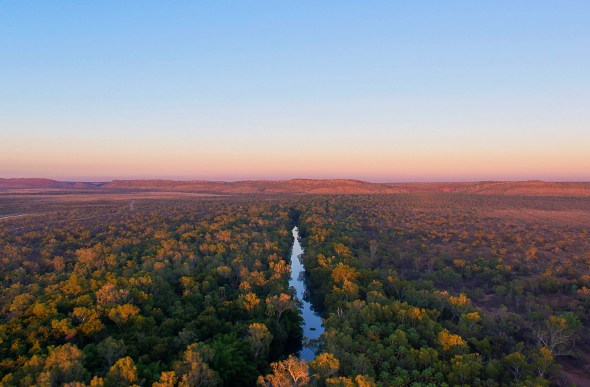 Basking in the golden glow of Lawn Hill in Outback Queensland (Image: TEQ)

The 'Sunshine State' is no empty promise. From sun-scorched Outback Queensland to the perfectly baked sands of the Whitsundays, there are endless opportunities to chase the eternal summer.

Unlike our feathered friends across the Pacific, Australians tend not to fly south for the winter if they're seeking warmer climes. We know to look north when the time comes to defrost, or offshore to the idyllic isles of the Great Barrier Reef. 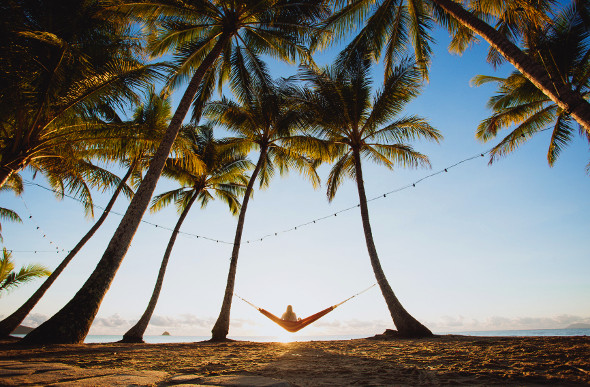 Even Queenslanders can't resist the balmy bliss of Tropical North Queensland, and springtime is perhaps the best time of year to visit. Head up North in September and you'll likely hear wedding bells a-ringing, with barefoot brides padding the sands of Palm Cove and Port Douglas.

Love is definitely in the air in Cairns from spring into summer; it's a Goldilocks time of year when it's not too hot and not too cold. It's just the right season to spend the school holidays in Mission Beach, or switch off autopilot and engage your senses at the coffee farms, boutique wineries and cheeseries of the Atherton Tablelands. 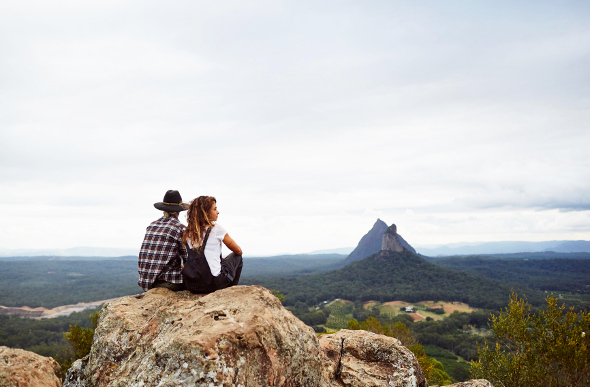 A hike well worth the view on the Sunshine Coast (Image: TEQ)

Speaking of local fare, the Sunshine Coast has made it even easier for hungry holidaymakers to satisfy their appetites, launching their own interactive food map. Pineapples, lychees and strawberries, oh my!

Using the Sunshine Coast Food Trail, you can plot your pick of hatted restaurants, fresh produce markets, farm gates and cellar doors from the region, whether you only have time for a half-day graze or a week-long smorgasbord.

If you're thinking a summertime escape to the Sunshine Coast might be in order, Qantas have announced six Sydney–Maroochydore flights per week from December 21 for peak holiday season. Of course, Brisbane is always happy to play gateway to its coastal neighbours – but don't dismiss the Queensland capital as any old go-between. 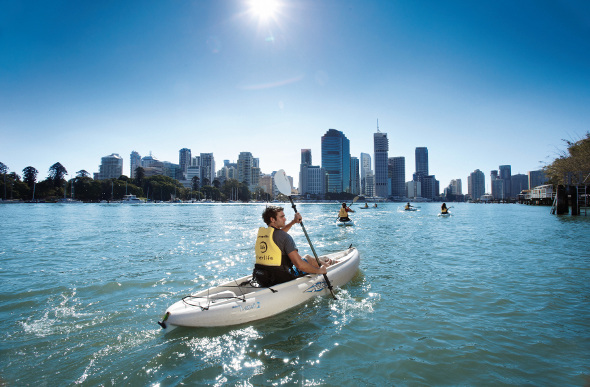 Paddling out in the Sunshine State capital (Image: TEQ)

Brisbane is defining its own identity, taking some cues from Melbourne's laneway cafes and a little of Sydney's effortless street style and forging a youthful, arts-driven culture that is wholly and solely its own.

Sure, the classic drawcards like South Bank are still there, but attractions that defined this once 'sleepy' city are equally matched with the likes of a new floating Riverwalk, world-class live music venues and art exhibitions, and enough trendy cafes for you to try something different for breakfast, lunch and dinner every day.

Go well beyond the city limits: A Glimpse of Outback Queensland Along the Savannah Way

Can you feel that? It's beach weather! Check out Queensland's Most Instagrammable Beaches

Hungry for something different? Plot, Stop & Eat Along the Sunshine Coast Food Trail

Being equidistant from both the Sunshine and Gold Coasts makes Brisbane an unbeatable point of entry into Queensland's southeast. Just an hour south from Brisbane could see you coasting at Australia's best theme parks, embracing the swells of Surfers Paradise or walking among the treetops in the Hinterland.

Whether you venture north or south, there's always a stretch of sand with your name on it. 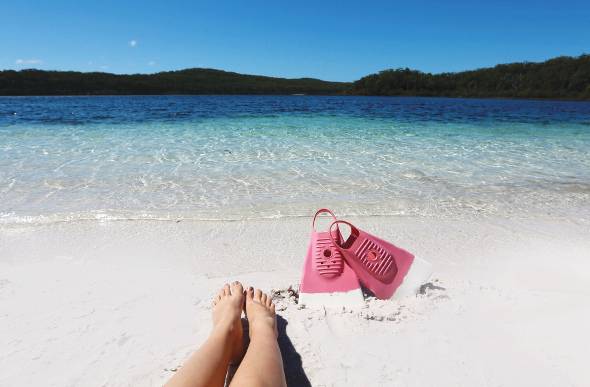 For serious sand-between-your-toes time, however, nobody does it better than Fraser Island. There's still time to combine your trip to the world's largest sand island with a spot of whale watching – the graceful giants will be putting on a show in the Fraser Coast region until around October.

If you can't squeeze in some pod-time around Hervey Bay, consider getting in early and booking a truly unique stay in Bundaberg. Come November, the beaches of Mon Repos become the nesting ground for mama turtles. From January to March, you even watch the little guys hatch and scurry down the sand from mere metres away. 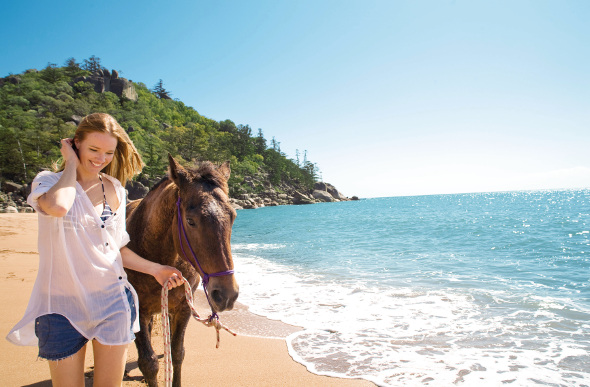 They don't call it Horseshoe Bay on Magnetic Island for nothin'! (Image: TEQ)

Queensland's beaches serve a greater purpose than a natural daybed for quality sun time. On Magnetic Island off Townsville, they're horse riding highways. In Mackay's Cape Hillsborough? They're kangaroo hopping grounds. In the small seaside town of Seventeen Seventy near Gladstone, the sandy shoreline was the birthplace of Queensland as we know it.

Along with the aforementioned Qantas expansion into Sunshine Coast, the Flying Kangaroo has also started operating flights between Melbourne and Hamilton Island. Of course, if you'd rather take your time to explore the state's most famous World Wonder on road, you could start your journey at the Southern Great Barrier Reef in the Capricorn region. 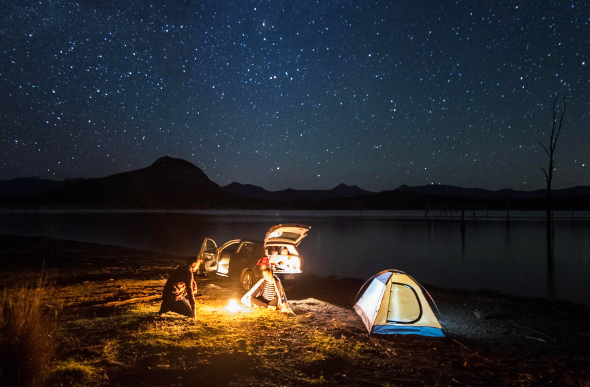 Whether you're a Castaway camper or more of a luxe island type, it's never hard to chase the sun and melt into holiday mode. After all, this is where Australia shines.