Get To Know Beautiful Beirut

Get To Know Beautiful Beirut

Any city known as the "Paris of the Middle East" is bound to enjoy a sophisticated social climate and Lebanon's capital Beirut has long been known for its nightlife and cosmopolitan air. By far Lebanon's largest city, Beirut is a cultural and economic hub which attracts thousands of visitors to its sunny beach-lined shores.

Dotted with an eclectic mix of cafes, modern shopping centres, souks, mosques and restaurants, Beirut has put recent civil unrest behind it to flourish as a must-see Middle East destination.

Beirut's downtown core is its thousand-year old Beirut Central District in the geographical heart of the city. Anchored by Nejme Square and its stunning Art Deco architecture, this downtown district has undergone widespread regeneration since the 1990s.

A popular Heritage Walk spans many of the city's most historic sites, including the ruins of an Ottoman Citadel, the powerful Garden of Forgiveness, a revamped Shoreline Walk along the famous Avenue des Français and the Lebanese Parliament. 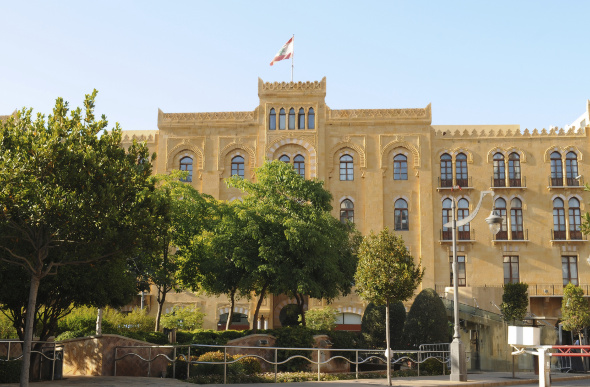 Located to the east of the Central District in one of Beirut's oldest parts of town, Ashrafieh is a renowned nightlife and shopping hub.

The trendy Rue Gouraud is the focal point of the district's bohemian quarter and is lined with hip cafes and boutique fashion stores.

The equally atmospheric Rue Monnot is well known for the multitude of fine restaurants and bars which line its cobblestone streets, while Ashrafieh's proximity to the picturesque Mediterranean Sea shoreline lends this cosmopolitan district a bright, breezy ambience. 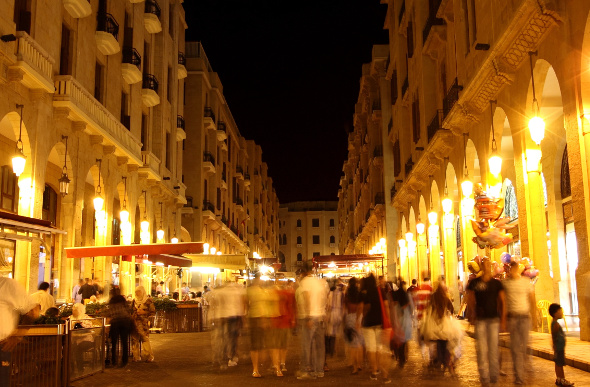 What was once one of Beirut's most bustling districts has undergone a resurgence in popularity in recent years. Dissected by the popular Hamra Street – called the city's "Champs Elysees" by many – the clubs and bars which once made this the focal point of Beirut's nightlife are slowly starting to return.

Lying west of the Central District, Hamra may not quite enjoy the lustre of yesteryear but it's rapidly regaining its place as one of the most cosmopolitan neighbourhoods anywhere in the Middle East.

Visit your local Flight Centre store or call 131 600 for more advice and the latest deals on travelling to Beirut.