The striking facades, crofts and castles that form a pivotal part of Scotland’s fabric will be celebrated in 2016 with the Year of Innovation, Architecture and Design. This initiative will honour the country’s built heritage, alongside the cutting-edge designs of modern Scotland.

Scotland’s seemingly effortless integration of times past only strengthens its status as a country of innovation; a country where every city maintains its own charm and character while also leading the charge in one way or another.

Landmarks are underpinned not only by heritage and modernism, but also by unmistakable beauty. The year-long program will shine a spotlight on Scotland’s greatest assets as well as its hidden gems, across a stellar lineup of events, festivals, exhibitions, conferences and attractions. 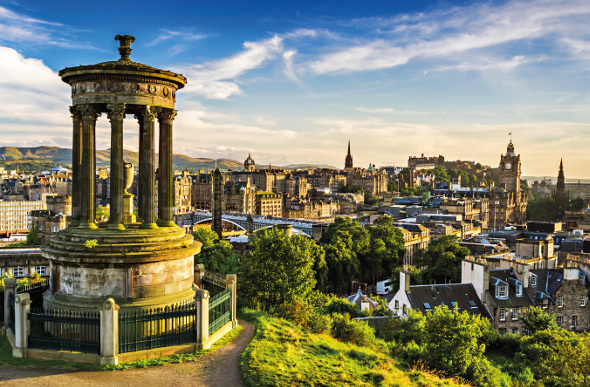 Arguably one of the most prominent events scheduled is the Festival of Architecture, spread out across seven Scottish cities between March and October. At its centrepiece is an expo, to be held on The Mound in Edinburgh, which will showcase groundbreaking architecture from around the world.

Recognised as a World Heritage site, Scotland’s capital Edinburgh possesses more than 4,500 listed buildings. Travel back to a period of cobblestone closes with a visit to Old Town.

Nothing screams Edinburgh like a stroll down the Royal Mile, passing traditional pubs, whisky bars and highland dress shops as you make your way from Edinburgh Castle to the Queen’s summer home, the Palace of Holyroodhouse.

Over in New Town, Neoclassical architecture dates back to the 18th century. Arguably one of the best places to enjoy the view is from Calton Hill, home to some of its own built treasures, including the Robert Burns Monument. 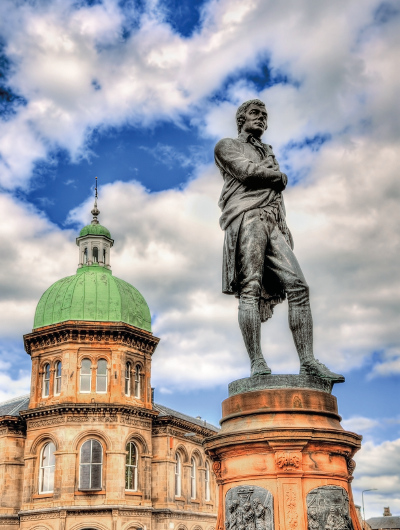 The Robert Burns Monument in Edinburgh

But Edinburgh’s man-made marvels aren’t restricted to buildings. Scotland’s Forth Bridge is a wonder of the modern world and has been recently named a UNESCO World Heritage site.

The towering bridge over the Firth of Forth represents the pinnacle of design and engineering – 53,000 tonnes of mild steel were used to construct its iconic red cantilevers.

A new chapter for the site is being written as 2016 sees the opening of the highly anticipated Queensferry Crossing, set to be the world’s longest three-tower, cable-stayed bridge. 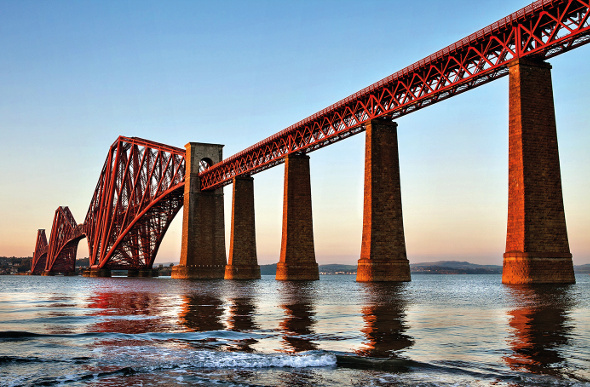 The Forth Bridge, recently declared a UNESCO World Heritage site

Also during 2016, The National Museum of Scotland in Edinburgh will explore the excitement and impact of the creative arts, fashion, design, science and technology with the opening of several new galleries.

Display pieces will number roughly 3,500, with many not having been on display for generations. Plans are also in place to restore the revered building to its former Victorian grandeur.

Over in Glasgow, die-hard architectural buffs can follow the trail of Charles Rennie Macintosh, arguably Scotland’s most esteemed architect, designer and artist.

With English sisters Margaret and Frances Macdonald and James Herbert McNair, he made up ‘The Four’ – a group who produced some of the most inventive (and at times, controversial) Art Nouveau designs during the 1890s.

The Glaswegian was one of the country’s most influential figures and you can easily craft a fascinating day out around his famous works, including The Hill House, Scotland Street School, Windyhill and his masterpiece, The Glasgow School of Art. 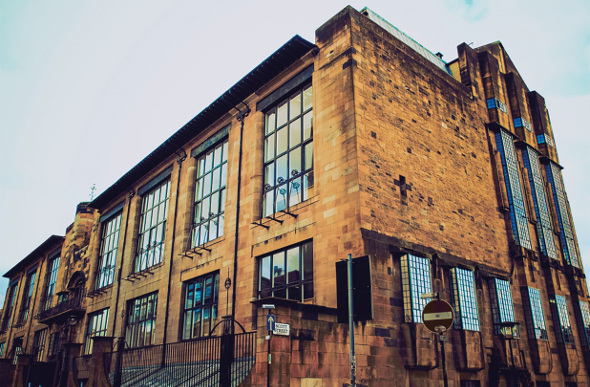 The Glasgow School of Art

Glasgow’s architectural credentials extend beyond the works of The Four.

Venture to the banks of the River Clyde to marvel at the intriguing design of Sir Norman Foster’s Clyde Auditorium, which is colloquially known as the ‘Armadillo’.

Further along the riverbank is the iconic Glasgow Riverside Museum, designed by the first woman to receive the Pritzker Architecture Prize, Zaha Hadid. The structure dominates Glasgow’s cityscape with its contemporary wave design and reflective-glass facade. 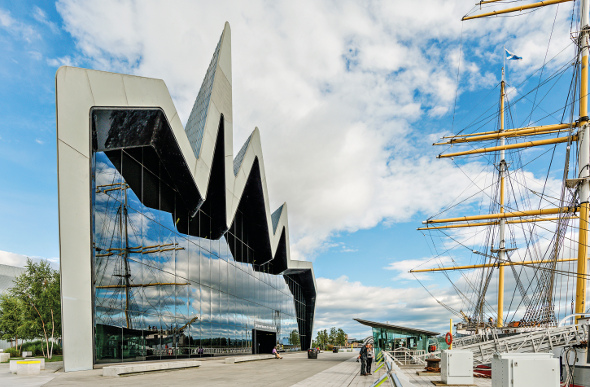 The Glasgow Riverside Museum, with its stunning wave design

Another Scottish city embracing this celebration is Dundee, situated on the north bank of the Firth of Tay. And while it may be compact, the city packs a punch on the design front.

From the famous jute barons of the 18th century to today’s modern life sciences and digital media, the city has established itself as a hub for innovation.

It’s no wonder Dundee has been recognised as a UNESCO City of Design, the first UK city to receive the prestigious honour. The announcement will be commemorated with year-long festivities, including February’s PechaKucha Night and the Women in Science Festival in March.

What’s more, the city will soon be home to the A&C Museum of Design, the first outside London. Slated to open in 2017, the sleek structure designed by Kengo Kuma will be the waterfront’s focal point.

Inside, the galleries will be the first-ever dedicated to Scotland’s design heritage, taking visitors on a journey through the past, present and future.

The steam engine, telephone, bicycle and television all have one thing in common: Scottish ingenuity. The Scots have been changing the world as we know it for centuries, making life a little easier, and more visually stunning, one innovation at a time.