Halloween Celebrations Around The World

Halloween Celebrations Around The World

Get ready to hear some bumps in the night on October 31 – Halloween. It was once called All Saints Eve or All Hallows Eve and dates back to the Celtic Festival of Samhain.

It’s meant to celebrate the return of the dead who walk the earth bringing evil and mischief with them. Forget that. These days, it’s the perfect excuse to throw a party and have some fun.

We have found some great events around the globe that celebrate Halloween in style.

What better night to kick off a horror film festival? The San Sebastian Horror and Fantasy Film Festival starts on October 31.

The Spanish festival has been running for 20 years and while it attracts some great young filmmakers, it also has turned into a world-class horror/fantasy film party. 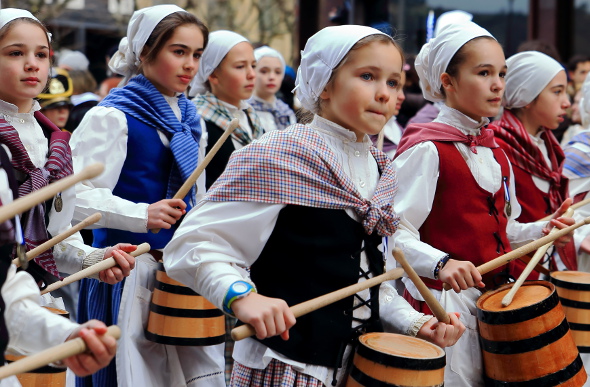 The streets of this cool and welcoming city are always packed with people in amazing costumes throughout the week-long event and as well as catching some pretty scary movies you can hear bands, see comic encounters and take part in some amazing street performances.

The good news for food lovers is that San Sebastian also nearly always makes critical lists as one of the best places to eat in Europe. Let’s just hope that with all those scary movies on show, you can manage to keep the food down.

Because of its Celtic roots, where better to scare yourself senseless than in Scotland this Halloween.

The country is full of haunted houses and people who can tell chilling tall tales of ghosts and murders from the past.

The Samhuinn Fire Festival starts on Edinburgh’s Royal Mile before moving on to the Grassmarket. The festival celebrates the traditional end of the harvest season and the beginning of winter. 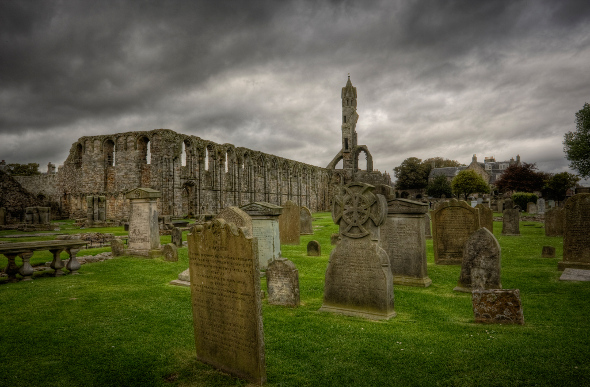 At St Andrews, a town usually associated with the pedestrian pastime of golf, you can sign up for one of the spookiest ghost tours in the world.

There are only a handful of scarier places on Halloween night in Scotland than walking around in the shadows of the St Andrews Old Church. You will feel more than just the chills in the air.

In Asia, Hong Kong is known as the Halloween Party destination. The locals give gifts to the spirits of the dead during the Festival of the Hungry Ghosts (Yue Lan).

All the bars in Lan Kwai Fong throw long and loud parties, while Disneyland puts on a show for families with its annual Halloween Bash. 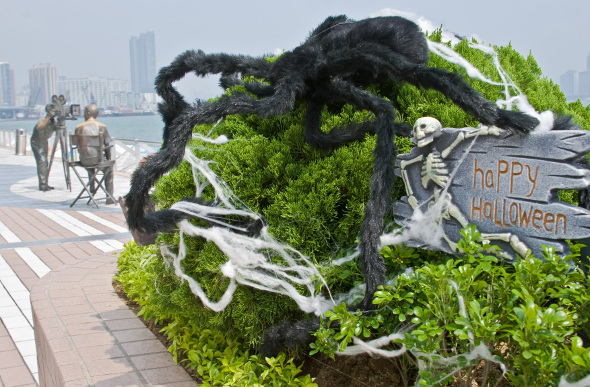 The spooky side of Hong Kong

Carnival Cruise Lines is trying to make Halloween its own. This year Carnival Legend will transform into Halloween Central during one of its South Pacific cruises.

The crew go all out to embrace the theme with skeletons littered throughout the ship. Look out for the pumpkin heads.

And with all those cabin doors to knock on, your kids will not have to buy treats for at least a year. This cruise is getting more and more popular so it might be an idea to book a cabin now for Halloween 2016.

This really is the city that never sleeps and never stops entertaining, so of course it is the ideal place for travellers with a passion for Halloween revelry.

Bars, nightclubs and restaurants across this big city unleash their version of the perfect fright night filled with sinful debauchery, devilish cocktails and more than one type of spirit.

[embed]http://www.youtube.com/watch?v=FBPYi1XJVHU&list=PLwDMDSWDd4n9r3iQ452umMr...
Not to be missed is the Halloween parade that kicks off in Greenwich Village and ends with an evening of blood-curdling fun at the Webster Hall after party.

For some serious spine-chilling fun visit New York’s most haunted house, Blood Manor, or book yourself on a Ghost Tour through Wall Street were many a cadaver has been found.

If you are travelling with kids don’t miss the hugely popular Central Park Pumpkin Festival (runs a few days before Halloween) where your kids can see pumpkin carving and decorating, plenty of live entertainment and a farmers’ market.

There’s also a kid-friendly haunted house full to the brim with Zombies on Bethesda Terrace to explore.