You've probably heard the name Ernest Hemingway thrown around from time to time. You probably even know he has a few books under his belt. But did you know that aside from influencing future generations with his brilliant writing, Papa H loved to travel? He spent good portions of his lifetime living in many different countries, from Africa to Cuba. And though he had a certain fondness for every place he visited, he counted Madrid among his favourites.

First arriving in Spain in the 1920s, he returned multiple times over the course of his life. So many, in fact, that he was eventually christened as 'Don Ernesto'. So, what was it about this country he found so beguiling? There's only one way to find out! Follow in Hemingway's footsteps at these, some of his favourite Spanish haunts.

Known as The Palace in Hemingway's time, this opulent hotel was a favourite staying spot for the literary giant. Positioned in the heart of Madrid, this 5-star hotel is worthy of its regal name with decadent period exteriors. At the time of its construction in 1912, it incorporated a number of new innovations, including telephones in each room. Today, it maintains its 5-star status and has been named a Spanish Property of Cultural Interest. 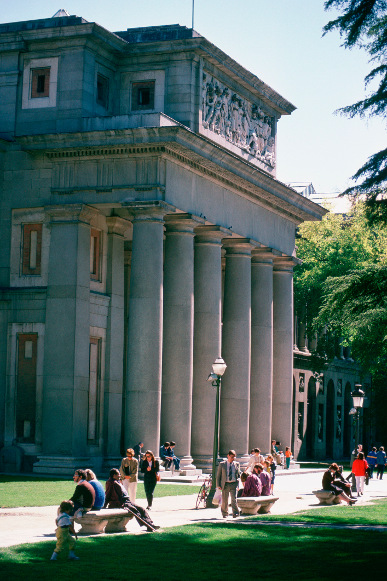 The 'Prado' is considered one of the finest museums in the world. (Image: Getty)

Directly across the street from The Palace, which may or may not have influenced Hemingway's choice of hotel, the Prado museum was a frequent stop for him. The author certainly had good taste. The museum is now considered one of the best in the world and is one of the most visited sites around the globe. It features one of the world's best Spanish art collections, with pieces dating back to the 12th century.

Discover more about travelling through Spain 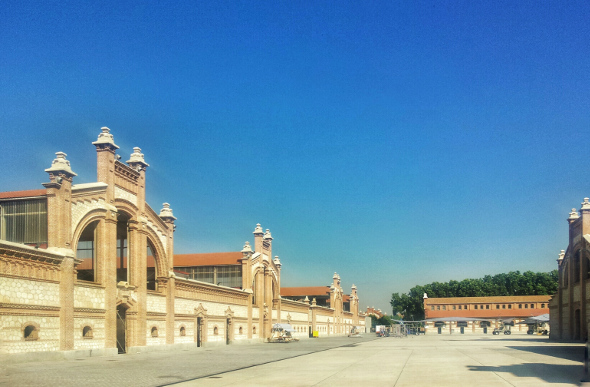 This former stockyard is now one of the hippest culture spots in Madrid (Image: Getty)

It's no secret Hemingway loved bullfighting, and he would visit El Matadero every morning to watch the fighters practice. With its bullfighting days in the past, this industrial building has been transformed into one of Madrid's most popular culture hotspots. It's now a modern gallery and performance space, drawing locals and visitors with a full schedule of exhibitions.

After opening its doors, this Art Deco club was the place to be. Hemingway would frequently stop in at this night club through the 1930s. And he wasn't the only one. Frank Sinatra and Ava Gardner were often spotted here as well. It has maintained its Art Deco brilliance both inside and out, with a long bar fronted by leather-topped stools. It has also maintained its reputation for being a hotspot on a night out in Madrid as it continues to draw crowds looking for a fun night out. 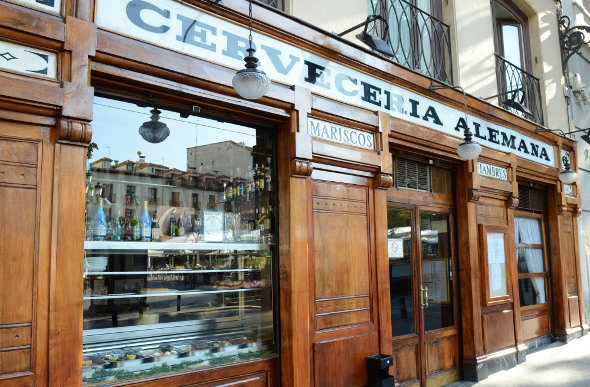 Beers and tapas, what's not to love? (Image: Cerveceriaalemana.com)

This 1904 German beerhouse was such a favourite of Hemingway, he had his own table, which continues to hold up its spot just right of the entrance overlooking the window. You'll recognise it as the only marble-topped table in the house. The Cerveceria Alemana was named Establishment Traditional Madrileno and continues to uphold its brewery tradition, serving up tasty tapas and plenty of history.

La Venencia. Decades old sherry bar. One of Hemingway's favourite places. Nice to be back. Nice sherry and nice boyfriend. What's not to like.  #lavenencia #sherry #sherrybar #ernesthemingway #visitspain #visitmadrid

This moody sherry bar is a bit of a departure from some of the other spots on the list, but still a frequent spot for Hemingway as he covered the Spanish Civil War. As the bar was popular with Republican sympathisers, he would stop in to get news from the soldiers. By most accounts, it has maintained its look and feel from the old days with large wooden barrels and a sawdust floor.

Tourists queue up outside Restaurant Botín which is the world's oldest restaurant operational since 1725!! It still retains the original 18th century firewood oven. Our walking tour guide joked that he couldn't afford to eat here. Though my sister and I decided to skip dining here, we made a promise to come back to Madrid soon and have a meal at this restaurant.  #Spain #españa #visitspain #Madrid #restaurantebotín #travel #explore #wander #wanderlust #instatravel #Europe #latergram #traveldiaries #igtravel #travelphotography #insta_travel #travelgram #restaurant #guinnessworldrecord #oldestrestaurantintheworld A photo posted by Live a Little, Travel a Lot! (@sunnyshipra) on Feb 8, 2016 at 4:17am PST

This little restaurant is famous in its own right. Aside from its Hemingway connection, it claims to be the oldest restaurant in the world. Hemingway would often stop in for lunch and developed a friendship with the owners. He would often write upstairs and the restaurant served as the setting for the final scene of The Sun Also Rises. The house specialty was and is still roast suckling pig, though a full menu of Spanish favourites are sure to tempt any tastebud.

Visit your local Flight Centre store or call 131 600 for more advice and the latest deals on travelling to Madrid.