Why I'd Trade My Office Desk For Mardi Gras

Why I'd Trade My Office Desk For Mardi Gras

Mardi Gras New Orleans runs today, but I'm not at the city's biggest party. Instead I'm sitting at my desk day dreaming about Fat Tuesday parades, parties and costumes.

I've decided to turn my torment into productivity, and although writing this list won't help my debilitating FOMO, it serves as a convincing reminder why this time next year I'll be slinging beaded necklaces in New Orleans and not slumped in my chair. 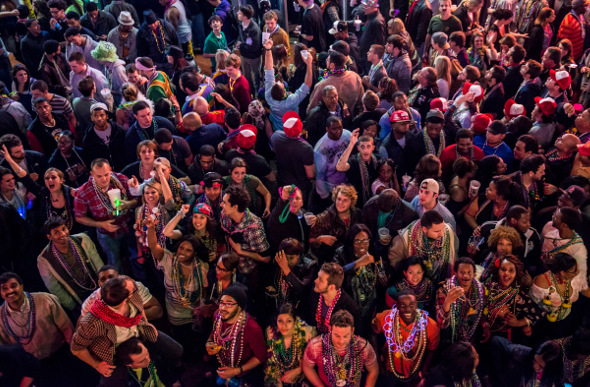 To some it's a Southern city, while others see more of its Caribbean side. The truth is rather charming: New Orleans can't fit into just one cultural bracket. From Spanish and French, to Cajun and Creole, this Louisiana city is the definition of a cultural melting pot.

New Orleans' diversity comes to the fore during Mardi Gras, with performances, museums, food and music showcasing every race to call the city home.

It takes inside knowledge to experience them all. The Mardi Gras Indians, comprised mainly of African-American revellers, run secret parades throughout the event.

One of the main images everyone associates with Mardi Gras is that of participants covered in bright and eccentric costumes. Masks, headpieces, capes and cross-dressing are all expected during the festival, adding to its unique personality.

However, the most recognisable accessory for Mardi Gras would have to be the beaded necklaces.

The purpose of the beads has been widely misconstrued as rewards for exposing one's breasts. Beads are actually just one of the many 'throws' tossed from floats (others include cups and doubloons) to spectators. They're intended not as payment for lewd behaviour, but to promote the festive spirit.

However, some throws are rarer than others and certain women and men will do almost anything to get their hands on them, such as baring breasts (even the gents). 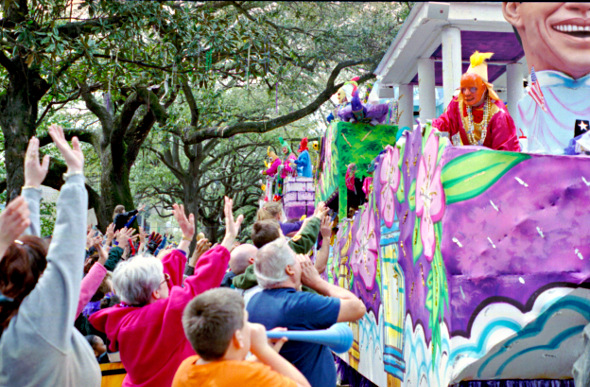 Krewes launch 'throws', such as beads, from the floats (Image: Getty)

Mardi Gras would feel empty without its parades made up of creatively decorated floats. And to truly appreciate the floats, one needs to know the 'krewes'.

Krewes are the oranisations that put on the parades, such as Krewe of Joan of Arc, Krewe of Little Rascals and Krewe of Paws. Krewes spend thousands of dollars on their parades and each one features between 15 and 40 full-size floats with members riding on top.

These are some of the most elaborate floats in the world – giant alligators, jesters, dragons and more hand-made awesomeness. Parades run every day in the weeks leading up to Mardi Gras, so you have more than one day to see them.

The Rest Of New Orleans

Mardi Gras might be only one day, but even once the confetti settles and is swept up off the streets New Orleans is still standing (even if many of the locals aren't).

I would give the 'Big Easy' a day or two to recover before ducking into its jazz bars and Southern restaurants for some delicious gumbo and seafood.

The French Quarter is also very different on the other side of Fat Tuesday. Common sights in the city's oldest neighbourhood include horse-and-carriage rides, painters in Jackson Square and locals browsing second-hand treasures at the Flea Market. 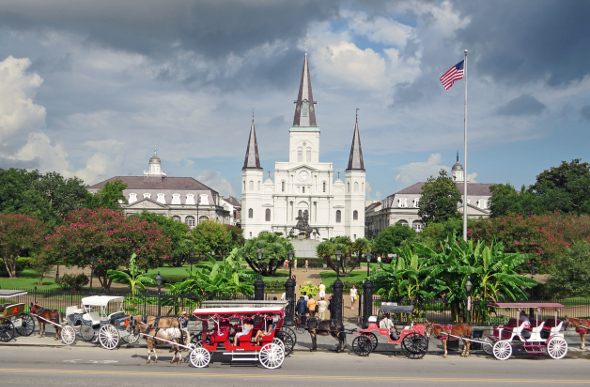 A Street Party With Few Equals

Add up all the aforementioned features and we've got ourselves a pretty darn exciting street party. But that's only half of it.

All of this combines into one of the world's greatest street parties, rivalling Hogmanay in Edinburgh and Holi in India.

People cheer on the parades and revellers from hired balconies, but the best place to be is amongst the crowds on Bourbon Street where there's a scintillating excitement that anything could happen. And at Mardi Gras, it really could.

Visit your local Flight Centre store or call 131 600 for more advice and the latest deals on travelling to New Orleans.