Hawaii has one of the most dramatic volcanic landscapes on the planet: all set within tropical rainforest and plunging coastlines beside the heaving Pacific Ocean. While most tourists come to Hawaii to lie on its beaches, Hawaii’s hiking credentials are too often overlooked by visitors. Hawaii offers some of the best hikes in the world – from multi-day rugged trails to short day hikes anyone can manage. Craig Tansley looks at Hawaii’s five best hikes.

This is considered by many as the world’s best day hike – and no wonder: it’s a walk along Kauai’s beautiful Na Pali coastline between empty beaches and waterfall-lined green valleys. Located on Kauai’s stunning north coast, this is beside an area where over 100 Hollywood movies have been filmed (from Jurassic Park to King Kong). If you’re feeling energetic, take it 24 kilometres along the cliffs, dropping to the beach and up again to soaring seaside cliffs. Or for a quicker taste of the scenery, take the 12 kilometre round trip to Hanakapi’ai’s river valley. Don’t be tempted to swim at the beaches on the way – the currents are deadly. 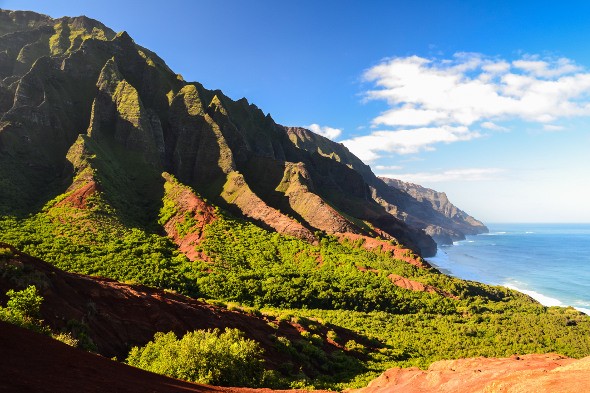 Over 100 Hollywood movies have been filmed along this stretch of coastline. Image: Getty

Hawaii is home to the world’s most remarkable volcanic landscape. Over 50 volcanoes lie spread across a 2500-kilometre-long string of shield volcanoes that move on a conveyor belt across a hot spot in the Earth’s mantle. So some volcanoes are still erupting – while others are long extinct. One of the best hikes to witness the Hawaiian archipelago’s evolution of volcanoes can be found on Maui. Hike for 13 kilometres from 2200 metres above sea level to just 100 metres on the Haleakala volcanic crater. Hike downhill through ancient lava flows and you’ll get the best views out over Maui and across the Pacific in all of Hawaii.

Seven million visitors will come to Hawaii in a single year – but you can escape the masses in some of the Big Island’s (Hawaii) wildest crevices. Venture north from the bright lights of Kona till you reach the Waipo Valley. Here green valleys sink down a kilometre and more into unkempt forest. All around multi-tiered waterfalls and wild rivers empty out onto a black-sand beach where few venture. The valley is one of the Hawaiian archipelago’s least developed areas – and it’s the largest of seven spectacular valleys on the north coast. Less than 100 residents live in an area originally reserved for Polynesian royalty. Walks here vary between hour-long easy hikes to day-long leg burners where you’ll sometimes make your own path. 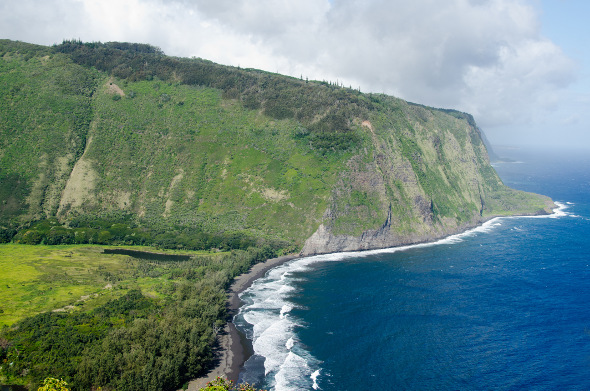 The Waipo Valley is one of the most untouched places in Hawaii. Image: Getty.

Discover More: 10 Things You Didn't Know About Hawaii
Extra Outdoors: Making The Most of Hawaii

This is where you go if you’d like to feel the rumble of live volcanoes – and glimpse the power of the forces under the ground. There’s signs in Volcanoes National Park warning hikers: “In the unlikely event of a lava outbreak along the trail, move uphill and upwind of eruptive activity”. It’s not there for show either. There are two active volcanoes in here – Kilauea and Mauna Loa – and you can hike right to the crater of them. There’s over 250 kilometres of hiking trails here. You’ll get to hike across recent lava flows that crackle as you step across them. 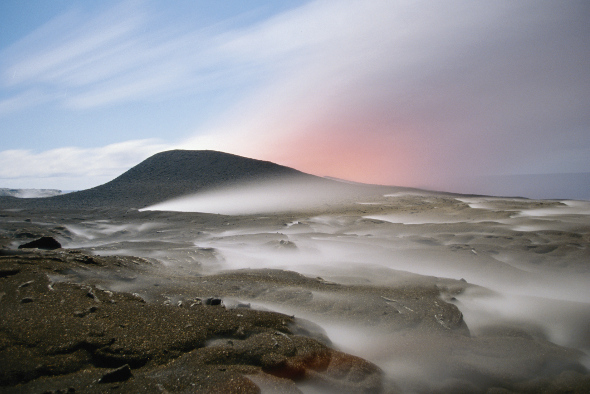 Walking across an active volcano on The Big Island. Image: Getty.

The Diamond Head State Monument trail on Oahu shows that you don’t even have to go far afield in Hawaii to experience the best hikes on Earth. This trail is not far from the middle of Hawaii’s largest city, Honolulu. But time it right (get there early before the crowds – it opens at 6am, or wait till the late afternoon, the last hike you can do is 4.30pm) and this two kilometre round trip up Hawaii’s signature volcanic crater (Le’ahi) will make you feel like you’re the bravest of intrepid explorers. You’ll get amazing views out over Oahu. It’s a great warm-up for travellers straight off the plane to get legs ready for the more challenging hikes listed above.