A Guide to Hong Kong for First-Timers

A Guide to Hong Kong for First-Timers

Arriving in Hong Kong for the very first time can be a little overwhelming. From the second you open the cab door, a new and exciting reality takes hold. Midday or midnight, crowds stream past in search of the next shop or food stall. 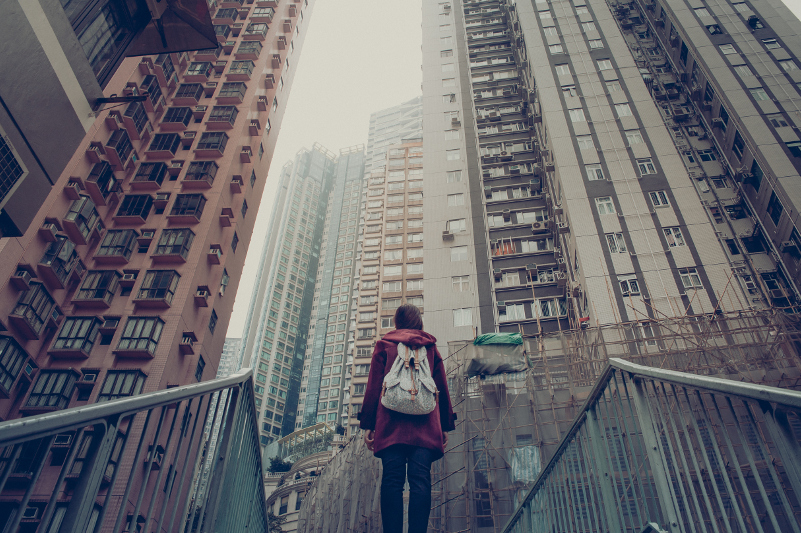 Hong Kong is a massive city to explore.

Flashing neon lights flood the streets so brightly you could be fooled into thinking night were day. And a never-ending procession of traffic whirs long into the distance, miniature in proportion to the towering skyscrapers overhead.

To the first-timer, it can be a lot to take in. And one of the first decisions you’ll have to make is where to stay.

This tends to boil down to a no-win battle between mainland Kowloon and Hong Kong Island – both equally as central and intriguing. Thankfully, zigzagging between the two is easy.

The Star Ferry is the favourite choice – as much a mode of transport as it is an iconic local experience for the must-do list. Sitting on the ferry surrounded by locals as it bobs back and forth across Victoria Harbour, you’ll soon realise it’s actually one of the most peaceful spots in the entire city. 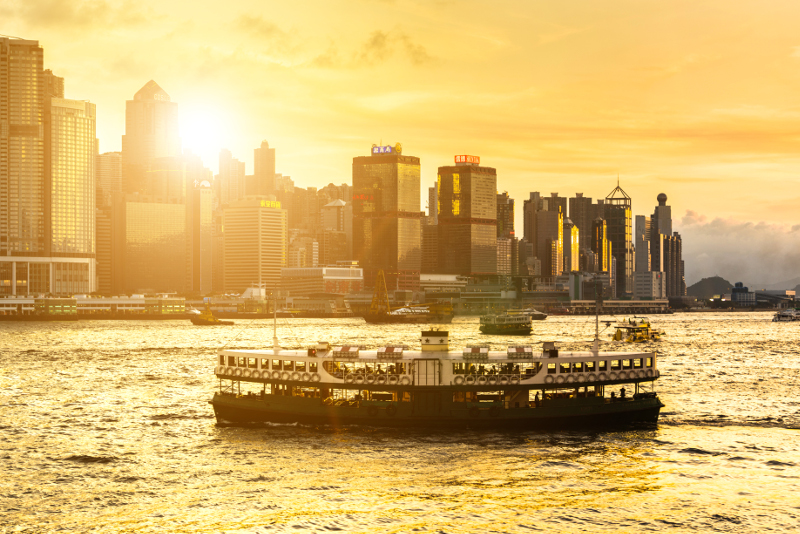 Being sandwiched between stunning skyline panoramas doesn’t hurt one bit, either.

Before or after your Star Ferry ride, meet Hong Kong’s biggest film stars at the Avenue of Stars, near Kowloon’s ferry terminal. Stretching for 440 metres, this is Hong Kong’s answer to Hollywood’s Walk of Fame. It also happens to be the best spot to catch the daily Symphony of Lights spectacle.

To move further afield, taxis, buses and trams make it easy, as does the world-class MTR subway system, which is efficient and stops in at all the major sightseeing stops. Hong Kong’s Octopus travel card conveniently covers the entire network, including the Airport Express journey – the quickest and cheapest option for that airport-to-hotel dash.

For short stays, it’s worth looking into the special Airport Express Travel Pass. It includes a return journey on the Airport Express train plus three consecutive days of unlimited travel on the MTR, Light Rail and MTR buses.

Vibrant scene: A Higher Tea Than Most In Hong Kong

But where to go? The city enthrals in every direction, and whatever you choose you’ll always be close to the rich tapestry of sights and sounds. There’s no better place to be immersed in the thick of it all than in the colourful markets abuzz day and night – an integral part of the local way of life.

The Ladies Market is probably the most famous. Despite the name, both men and women are catered to and the atmosphere is reason alone to visit.

The lively Temple Street Night Market is another top stop for bargains, bustle, smells and tastes that reflect the true Hong Kong. Here you’ll stumble across the Tin Hau temple complex, built in 1876 and still one of the city’s largest, perched smack bang in the centre of the main drag.

If haggling over prices sounds daunting, Stanley Market offers a much tamer version, perfect for beginners in search of a few easy souvenirs.

But, of course, Hong Kong is renowned for its gleaming shopping malls filled with global threads, high-fashion finds and a raft of classy European brands. That’s where the three most famous malls come in – Landmark (also known as Central), Harbour City and Pacific Place (Admiralty).

If you'd prefer to check out some markets just to soak up the atmosphere and see how the locals live though, there are some great markets scattered all over the city sure to offer exactly the kind of authentic stroll you're looking for.

To delve into the essence of the city’s traditional culture, begin with a trip to Man Mo Temple. It is the oldest temple in the city, a moving tribute to the Taoist gods of literature (Man) and war (Mo).

But the biggest drawcard (quite literally) on the cultural map sits cross-legged in the lush green heights of Lantau Island: Tian Tan Buddha, or the Big Buddha. At 250 metric tonnes, it grants a welcome change of pace and scenery, its colossal size and peaceful outlook luring tourists by the cable-car load.

Access the green depths of this mountainous island via the Ngong Ping cable car. At 5.7 kilometres, it’s the longest bi-cable ropeway in Asia. For an even more astounding view, upgrade to the glass-bottomed Crystal Cabin.

While the 25-minute ride is a sure winner for kids and adults, the best city buzz for little ones is no doubt Hong Kong Disneyland for all those magical, themed rides and attractions; and Ocean Park, the city’s largest theme park, consisting of an oceanarium, animal park and amusement park.

View From On High

One unforgettable highlight of Hong Kong remains: a bird’s-eye view of the mammoth urban sprawl. It’s the only way to truly comprehend the city maze that so easily swallows you in when you’re down at ground level.

Hong Kong, view from Victoria Peak by Day. A good place to Find Your Happy..

While rooftop haunts like Wooloomooloo Steakhouse and the 180-seat terrace at Hooray Bar & Restaurant deliver, there’s no denying the immense grandeur of the vista from the lofty heights of The Peak. The iconic Peak Tram, the first rail tram in Asia, dates back to 1888. It forms a major part of the experience, shuttling tourists up and down the steep hillside to the viewing platform straddling the pinnacle of Hong Kong Island.

Day or night, the sweeping city skyline panorama is so spectacular it feels surreal. The Peak is the perfect introduction to the city that never sleeps, or an unforgettable way to top off a Hong Kong sojourn.

That, and of course the copious amounts of fresh-made dim sum, egg waffles, steaming noodle bowls, stir fries, noodles, food ‘on a stick’ and sweets from the flurry of street stalls and authentic hole-in-the-wall joints.

Did we mention you’ll find the world’s cheapest Michelin-starred restaurant here too? Tim Ho Wan is famous for its sumptuous BBQ pork buns and people queue for up to an hour for a taster.

While all the sights and experiences you will encounter on your first visit to Hong King will remain ingrained in your mind, as you say goodbye to this fascinating city, you’ll realise you’ve only just scraped the surface.